Get your wallets and wrapping paper ready: Nintendo's Black Friday sales cover everything from bundles to amiibos with bonus online and post-Black Friday options.
by Gabriella Graham

Nintendo's Holiday Gift Guide announced all their grand gaming steals coming to retailers for Black Friday. Their sales cover bundles, consoles, games, and amiibos. The latter two categories enjoy additional deals at Toys R Us. To sweeten the pot of savings, Toys R Us and Nintendo eShop shopping comes with the added bonus of not having to fight the formidable and questionably sane crowd in-store. Walmart and Target will feature their own select title sales as well. We've got a lot to cover, so read on!

Bundles, bundles, come and get your bundles

The Wii U and 3DS each get their own fancy bundle this holiday season.

Nintendo's taking $20 off the New Nintendo 3DS XL pricetag. Pick up the handheld console in eye-catching red or sleek black for $199.99 at Best Buy, GameStop, Toys R Us, or Walmart.

Still not sure what new and improved 3DS XL offers? This system added:

For new games and amiibos, look no further than Toys R Us.

Toys R Us boasts two deals you won't find at other retailers:

Don't forget about the coupons shoppers can nab at Nintendo's Mall Tour either! While the second Toys R US deal listed above cannot be combined with other offers, it's good to keep in mind all your holiday options. You don't want to be stuck without a good deal in sight if you miss out on Black Friday!

If you miss some hot Black Friday sales, don't fret: Nintendo's eShop Cyber Deals promotion doesn't start until November 25th. This sale runs through December 2nd and promises up to 50% off select Wii U and 3DS titles. Some prices will drop as low as $5.

Starting at 9 a.m. PT (or 12 p.m. ET), Nintendo's Gift Guide will sport an extensive list of all the games included.

Walmart will feature two Wii U Games for just $25: 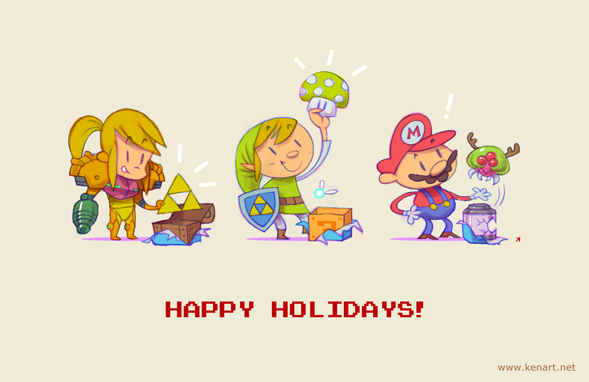 Any deals in particular catch your eye? Excited for options that leave crazy deal-hunting grandmother's out of the equation? Let us know, and good luck shopping!