Battlefront Will Return For Holiday 2015

At a recent earnings conference call, Electronic Arts CEO Andrew Wilson told investors that DICE's Star Wars: Battlefront game will be launching during next year's holiday season. The conference was held to analyse EA's Q2 2014 financial results. Whilst 'holiday 2015' could mean anytime in November or December, it is likely that the publisher will want the game to launch around the same time as Star Wars: Episode VII.  The JJ Abrams-directed movie is due out in theatres on November 18 next year. 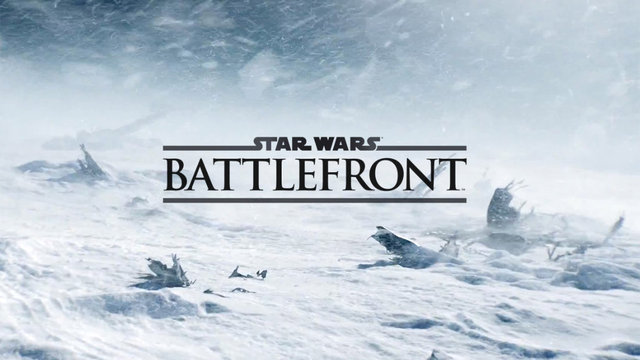 Fans have been waiting a long time for a true sequel to the Battlefront franchise. Whilst there have been spin offs for mobile, Nintendo DS and PlayStation Portable, there hasn't been a console or PC Battlefront since 2005's Battlefront II. A third entry in the series was in production at Free Radical Designs but it was never released.

However, I should warn fans of the past games that DICE's installment won't be a simple sequel, but rather a reimagining of the franchise.

For one thing, publisher and developer alike both refer to this project as Battlefront, not Battlefront III. What's more, the original games mostly used a third-person perspective but EA's chief financial officer Blake Jorgensen refered to DICE's title as a 'major first-person shooter'. Given that DICE specialises in first-person games, that isn't too surprising. Outside of Battlefront, EA confirmed that DICE is also working on Battlefield 5, which will launch in 2016, as well as a follow up to 2008's Mirror's Edge,

Wilson announced that the publisher would be giving a full unveiling of Star Wars: Battlefront in spring next year. In the meantime, you can check out the teaser trailer that EA released during its E3 2014 conference.

Based in the UK Adam spends most of his time honing his Monster Hunter skills and conquering the world in Total War. In the not so virtual world you'll probably find him travelling or enjoying live music. Follow him on twitter @AdamKoziol3