In case you thought the Might and Magic Heroes 6 sale looked great, I am sorry to be like you in being unable to play the game.
by Wokendreamer

You always hate to hear about stories like this, but with the current debate about always-online games (and consoles) and problematic DRM it somehow keeps happening.  Recently Might and Magic Heroes 6 went on sale on Steam.  Having been a long-time fan of the series, albeit on a budget, I decided to pick it up.  After installing the ten-gigabyte game, I started it up and went through the mildly annoying process of installing Uplay.  For those not aware, Uplay is Ubisoft's version of Steam or Origin.  So now I was running Uplay through Steam in order to run Heroes 6 through Uplay.  I went through the gorgeous opening cutscene and went to play the campaign mode.

Which then prompted me to purchase and unlock the campaign mode.  I considered this a rather silly annoyance.  I was running the game through Ubisoft's own online service, in my experience that tends to be sufficient proof that I actually am legitimate.  Still, I decided to oblige them by re-entering my CD Key as provided by Steam (again) with the further mild annoyance of being unable to copy and paste it.

The game told me the key was invalid because it was already in use.  The activation key that was in use by me, right at that moment, was unable to allow me to access the single-player campaign.  I decided to file a support ticket, then went to try out a custom game since such games tend to be where I spend the meat of my time in Heroes games anyway.

The game informed me I needed to unlock the base game to play custom matches.

I systematically confirmed the game listed absolutely nothing unlocked.  For all intents and purchases, I gave Steam (and Ubisoft by proxy) my money so I could download a ten gigabyte nothing. 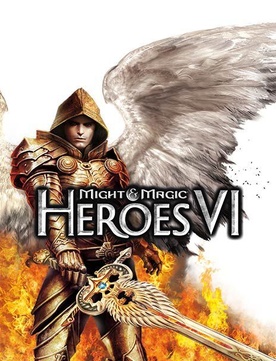 I still was not convinced this was an insurmountable problem.  I went to Ubisoft's forums, certain I would find someone with a solution to this problem.  Errors and bugs which make games unplayable are surely the type of problem a company would jump to correct before they could cause a problem.  Surely.

What I found on the forums was downright shocking.  Thread after thread after thread of people having the exact same issue I was.  Over a dozen separate threads by separate people who were completely unable to access the game they had paid for.  In a cruel twist, the DLC for the game apparently works just fine, it is only the base game itself which refuses to acknowledge it is paid for.

The only help offered on the forums is repeated linking to a post about their latest patch, a patch confirmed by multiple users to have no effect on the problem.  A patch Steam automatically applies, for that matter.

I am waiting to see what the response is to my support ticket.  According to the automated response email for it, I should allow 2-3 business days for a formal response.  I am waiting, but given there are already people who have been waiting that many business days to be able to play at all, I am finding myself lacking in serious hope.

This sort of problem is exactly the sort of thing the gaming industry needs to recognize as the reason people are so against these DRM practices.  There are pirated versions of Might and Magic Heroes 6.  Those pirated versions are working just fine right now.  I actually paid for my copy.  Hundreds of other people paid the same way I did.

Why bother with DRM that causes issues like this when it obviously hasn't prevented piracy?  What defense is there for security measures that only hinder the people legitimately paying for their products?  Is this really the reward I get for doing the right thing and paying for the product fair and square, not even getting a real response on Ubisoft's own public forums for such a major problem?