Fighting to be Heard: Why SAG-AFTRA needs their New Contract

SAG-AFTRA is fighting for a new contract that reflects the current state of the industry and that should matter to you.
by Clayton Reisbeck

As we've all heard by now, SAG-AFTRA is striking against many major game companies after unsuccessful negotiations for a new contract for their members. Many huge names in voice acting have voiced their support for the strike. Actors such as Yuri Lowenthal, Ashly Burch, and Jennifer Hale just to name a few.

Voice actors breathe life into the games that we play and help us all attach to the characters that they play. Not only do they breathe life into these characters, for some, they are those characters. Look at last year when David Hayter was replaced by Kiefer Sutherland to play the voice of Snake in Metal Gear Solid V: The Phantom Pain. Fans were in an uproar as the person that was accepted as the voice of Solid Snake was pulled out for someone with more name recognition. I think this exemplifies pretty well at how little respect voice actors seem to get from the industry.  So let's look through the list of demands that SAG-AFTRA is fighting for and talk about why each is a needed thing for today's industry.

In just about every single game today, there is a combat component incorporated into the game. For these games, each character has a reaction voice that is used for just about every action they make. From grunts to sighs, to screams, each sound that a character makes is voiced by an actor. In many cases, these sounds cause great vocal stress. As it stands now, voice actors work for 4 hours a day and some of these days are spent just making those stressful sounds.

One of the demands that SAG-AFTRA has is that for sessions that cause vocal stress, actors can only work a maximum of two hours but still paid for their two-hour rate. This is fair, in my opinion, because actors have come out and talked about the issues they've faced with the stressful nature of these sessions. In a response given by Steve Blum on gameactorsforall.com, he talks about losing his voice for a week after doing stressful voice work. Considering that a voice actor's voice is their livelihood, it's a no-brainer that this new contract should seek to protect the actor's voices.

Motion-capture is a commonplace in today's video games. Whether it be capturing facial movements to match a voice actor's words, or actually capturing movements for combat, all of these things require motion-capture. When it comes to the more involved motion-capture, things can go wrong. Earlier this year when doing the mocap for the new Friday the 13th game, actor Kane Hodder was injured during the session. Now I haven't been able to find whether or not a stunt coordinator was on set, but these are the kinds of things that stunt coordinators are supposed to keep from happening.

Another one of the demands SAG-AFTRA has is that a stunt coordinator must be present at all times whenever stunt work or any other dangerous activity is being performed. Stunt coordinators are there to make sure that all work is performed safely. It's surprising to me to see that this isn't a standard for the industry. Video games get enough flak in the media for being dangerous and violent so it would make sense to me to make sure that every aspect of our work is as safe as possible. It makes complete sense, to me, that SAG-AFTRA is making this demand.

The next demand that SAG-AFTRA has made is that all employers must disclose the name of the game an actor will work on, the role that the actor is portraying, and the nature of the performance that an actor is supposed to give. SAG-AFTRA says that this allows for better negotiation for an actor and their agent when deciding whether or not to take a roll and appropriate compensation for if they do take the roll.

Video game publishers have come out and said that the reason for the lack of transparency is due to trying to stop leaks from happening. The issue I have with this response is the fact that everyone that works on a video game has to sign something called a nondisclosure agreement (an NDA). An NDA is a legal document that requires the person signing it promise to keep sensitive information a secret. Should the person signing the NDA, break the secret and tell someone, the person who issued the NDA can sue for breach of contract. On top of this, the person who broke the NDA is in bad standing as they can't be trusted with sensitive information. The argument that publishers are trying to keep leaks from happening is not applicable here if nondisclosure agreements are used as it seems they are. 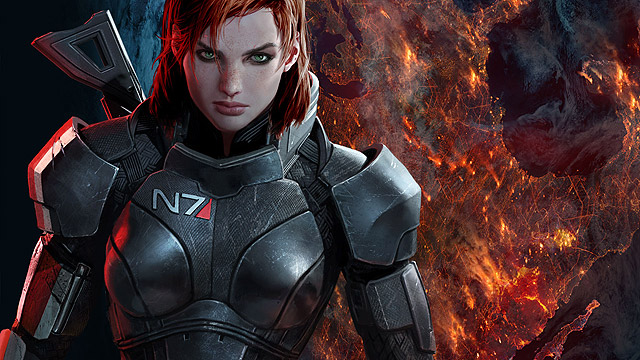 In recent time, video games have become some of the highest grossing forms of entertainment. Games make just about as much as blockbuster movies do today. One would think that the people acting in these games would be making money hand over fist if the game they work on is successful, right? Sadly, this isn't the case. After an actor is paid for their voice work, that's it. No residual checks come after that.

The final demand that SAG-AFTRA has made is that a back-end payment must be made at a capped amount and only if a game is successful. As I mentioned earlier, some of the voices we hear in video games are what we associate with those characters. Someone like Troy Baker as Booker DeWitt, David Hayter as Solid Snake, Kevin Conroy as Batman, or Jennifer Hale as the female voice for Commander Shepard. These people define that character. When we think about these characters, this is the voice we hear. It is completely asinine to me that they do not receieve any residual pay for work that is so important to this industry. Considering how large an industry the game industry has become, we should be showing these actors off for the performances they give and continue to show how important they are. Instead, it seems that we just take their voice and then toss them off to the side to fend for themselves.

In the end, I can say that I feel that it makes perfect sense that SAG-AFTRA is fighting for this new contract. The previous contract that actors have been working under was penned back in the mid-90's. The video game industry has completely evolved into a new beast in that amount of time and it's time that we showed that. If we are continuing to fight to be taken seriously as a mature industry instead of just something for kids, we need to show that we are willing to take the people who work and care for us seriously.

What do you think? Is it time that we showed the people that voice the characters we love some better respect or not? Leave a comment below and let me know!