5 Games to Distract You from this Crazy World

With everything that's been happening in the world, I think we all just need to chill out and play some video games.
by Clayton Reisbeck

Things have been pretty crazy in this world recently. If you've spent any time on any social media site, you'll have noticed that everybody feels like the world is coming to an end. While, for some, things seem bleak, I think it's time for us all to take a step back and relax.

In our corner of the world, we gamers are known for using our games as a form of escape. They allow us to take a break from the world and immerse ourselves in a new space. I know when things have been rough, a good game has been just the right answer to help me feel grounded. So if you've been feeling like you need an escape, here are five games that can distract you from all the craziness going on in the world right now.

I've said before that I believe that music charms the soul. When things are getting especially hairy out there, getting cozy with some great music is a great way to relax. With, Audiosurf 2 you can play a game with your music.

I've spent many hours just jamming out to music and playing this game. The game takes your music and creates a track that you guide a car or futuristic hovercraft thing through to collect blocks and avoid obstacles. The more blocks you collect, the better your score is. That's it.

There's a leaderboard function for every song to compare your score with but it's not that important. The game even has a SoundCloud browser baked into the game so if you don't have a song you want to play on your computer, you can search for it right in the game. It's a fantastic way to combine music and games and is very relaxing.

Stardew Valley holds a special place in my heart. I've pumped many hours into maintaining my digital life in the game.

For the uninitiated, Stardew Valley is a game where you maintain a farm in a small community. Your character's grandfather leaves you a letter that he tells you to open when you are tired of the corporate life that you had been living. Upon opening the letter, you find that your grandfather has left you the deed to a farm in is favorite place on earth, Stardew Valley. Upon arriving in the town, you are taught how to maintain the farm, meet the locals, explore the dungeon of the other side of town and even do a little fishing.

The game is very easy to lose time to and even easier to get lost in. There is no rush to do anything in the game (save for knowing when the next season is going to come). You can take it all at your own pace and feel the ease of living in that small farming community. Get lost in Stardew Valley.

I feel like I would be a fool for talking about easy going games and not mentioning Minecraft. While I don't play it much anymore, I can't deny the fun and relaxing times I've had with this game.

Play it on peaceful or play it on survival. This game is a great one to just wander around in and relax to.

Let me say now that I am terrible at this game. At some point, something in my city goes wrong and invariably, my city ends in shambles. But, I still have a great time with this game. I love zooming all the way out on the map and just watching the city run. It's even more fun as your city expands. All the lights of the cars moving down the streets, the changing hue of the sky as the sun moves across it, I can always find my zen spot while playing this game.

To me, the game feels like it was made to relax to. The music isn't blaring in your ears, all the notifications alert you with soft sounds, and everything makes you feel at ease. I love playing this game and it's always a welcome sight when things just aren't going my way. 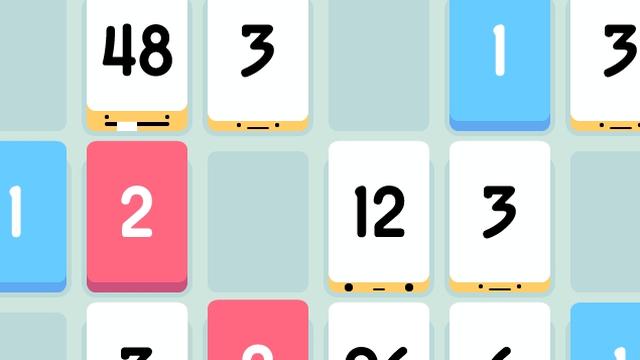 Threes! and I have spent lots of time together. This little game is the perfect thing to diffuse stress in a place where you don't have time to pull up a bigger game.

If you haven't seen this game before, Threes! is a game about making multiples of three. The game begins with a board with a few tiles with numbers on them. You start putting numbers together to make multiples of three. To make the bigger numbers, two numbers must be touching each other. You move numbers by either swiping side to side or up and down. When you move things on the board, all empty spaces are filled in with numbers from the spaces next to them. You keep making multiples of three until the board fills up with numbers and nothing can be put together. At the end, all the numbers you have on the board are added together and you get a score.

This game is extremely simple and a lot of fun to play. The interface is inviting, the gameplay is solid and those little numbers are just so cute! If you've been looking for that quick relaxing game, Threes! is your game.

And that's it! Things can be pretty scary out there, but remember that there's always a safe place in the hands of video games for you.

What games do you play to relax? Let me know in the comments!