N7 Day (November 7th) recently passed us by and along with a recent issue of Game Informer, we have a slew of information about the next entry in the Mass Effect series, as well as a cinematic reveal trailer.

The cinematic reveal trailer gives us a taste of what we will be getting with Mass Effect: Andromeda. The trailer shown to us is backed with a monologue from one of the characters, and goes through several shots of the environments we might be exploring and  some of the events we may will experience. 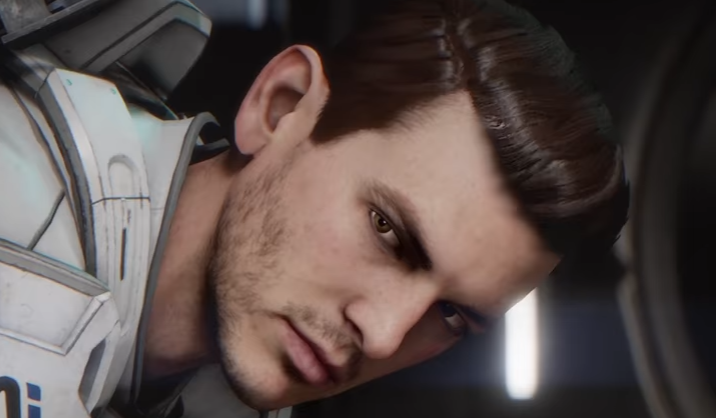 When we get to pick up Mass Effect: Andromeda we will be stepping into the shoes of either of the Ryder family. Specifically we will play one of two twins, Scott (voiced by Tom Taylorson) or Sarah (voiced by Fryda Wolff). The Ryder family can be customized with players being able to edit the twin they don't play as, as well as the father, Alec Ryder.

For the game itself, there have been a lot of reported changes.

One of the major changes that many fans have been wanting for a long time: unrestricted romance options.

Also yes. And alien kisses for boys and girls as well. https://t.co/sqivOvSdOG

Specifically speaking if you're playing a female protagonist and want to romance a female character, you can do that. The romance options are no longer gender locked.

For those of us familiar with the class system of the old games, it has been changed to be more flexible. Instead of locking into a class at the start of the game, you will fall into a class as you spec into skill trees. And if you want to respec to change how you play, you can.

And one of the bigger changes is that the Paragon and Renegade system is gone. You still have different dialogue choices that will personify your version of the character but it seems that you might not have to invest in being completely Paragon or Renegade.

Are you happy with these changes? Or do you wish the old mechanics were merely refined further? Let us know in the comments below.