All Classes in One Beast Tamer: Latest MapleStory Class

The latest MapleStory class, Beast Tamer, let's you try out many different play styles.
by Synzer

MapleStory just released their latest update, which includes a new class. Chase, the beast tamer, is both something you have never seen before and oddly familiar. The storyline has Chase being a new hero, such as Phantom or Evan, but you must first prove yourself.

The Zero class sought to change MapleStory by adding the first class with two different play styles. That was cool and all, but the beast tamer blows it out of the water with the amount of things you can do. The Beast Tamer is a magician class and uses INT as the main stat. It also uses a scepter as its main weapon and whistle as its secondary weapon.

There are four distinct play style for the Beast Tamer and they all share the same skill points. You have to choose which route to go down, but you can still afford to put some points in other beasts. Any boost or attacks you get only apply if you stay in that beast mode. So you can't gain an INT boost from Bear mode while attacking in Snow Leopard mode for instance.

The four beasts are, bear, snow leopard, hawk, and cat. I'll break down each beast so you can get a better picture.

The bear is the powerhouse of the four, which makes perfect sense. The bear will do high damage, but it is not very quick initially. Later, you get extra attacks added passively and an attack speed increase.This is most like the Warrior class.

What really makes the bear great is the Majestic Trumpet skill. This skill sets ana rea on fire and lasts for 15 seconds at max level. This skill is great for training because you set down fire in one area, killing everything that spawns there, then continue fighting at other spots of the map. 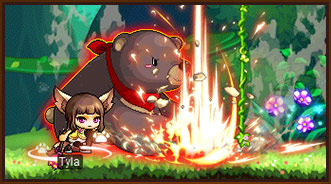 The bear has plenty of passive skills that increase overall damage and critical hit damage. It also gives defense, stance, health, and auto revive while you stay in Bear mode. This mode will be great for boss killing.

The snow leopard has many fast attacks and can even heal yourself while attacking. This is most like the Bandit or Brawler class.

The passive skill, Leopard Hide, allows you to restore your health by 8% of the damage you deal when you max the skill.

There are passive abilities that increase damage, movement speed, and attack speed. For a mix between speed and damage, Snow Leopard mode is the way to go.

Hawk - Get to where you need to go faster than ever

If you want speed, then you want the hawk. You will travel through maps faster than you will believe. You will jump higher than ever and even be able to fly while attacking.

There are some nice team skills that raise attack, critical attack, and movement speed. You can even summon a party member and create a portal to the nearest town for all party members to use. This class is most like the Bowman and Assassin classes.

If you love to move fast and attack fast, then Hawk mode is for you. The portal and summoning skills can even be useful if you decide to use another mode for attacking.

For the ultimate in support, choose Cat Mode. Take a Dark Knight, a Bishop, mix them together, then add more support, and you get Cat Mode.

This mode will increase health, mana, experience, overall damage, critical damage, item drop chance, and ignore defense of enemies passively. You can also heal, deal decent damage, revive teammates, and cure status effects while in this mode. Simply put, this class is the best support you can ask for. 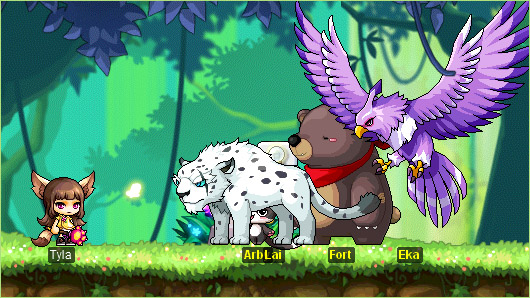 I love this class so much. It lets players choose different play styles for different situations and there are some unique skills as well. It loses points for being very similar to other classes in the game, but the sheer number of possibilities and key unique abilities make up for it.

Visit MapleStory's official website for the full patch notes and to see what else this update added.

If you've contemplated coming back or starting, do it now. This class is one of the best things added to MapleStory. If you have any questions or comments, let me know in the section below!

Our Rating
9
The latest MapleStory class, Beast Tamer, let's you try out many different play styles.