"In Harm's Way" is even more brutal and violent than the season premiere, but Telltale manages to hold it together.
by Brian S

Violent. Shocking. Nerve-racking. Visceral, in more ways than one. "In Harm's Way" continues the intense thrill ride of the game/television show hybrid known as Telltale's The Walking Dead. Similar to the first episode of Season Two of House of Cards, or the opening of Mass Effect 2, "In Harm's Way" pulls no punches in letting players/viewers know that the world of The Walking Dead is relentless and unforgiving.

The prison break story is rather cliché--something very out of character for Telltale.

Following their capture and return to Carver's compound inside a warehouse, Clementine and the group of argumentative adults find themselves trapped and forced to maintain the facility.

With a massive wave of walkers on the way, the group must plan their own prison break and slip past the horde lest they join the ranks of the undead. The plot is a bit cliché, and occasionally predictable, as it follows standard prison break tropes, but Telltale weaves the story in such a way that viewers/players probably won't care.

Additionally, "In Harm's Way" is one of the most violent episodes of Telltale's The Walking Dead yet, so be warned. Even with the comic-inspired art style, things can get pretty gruesome--Dead Space-level gruesome. 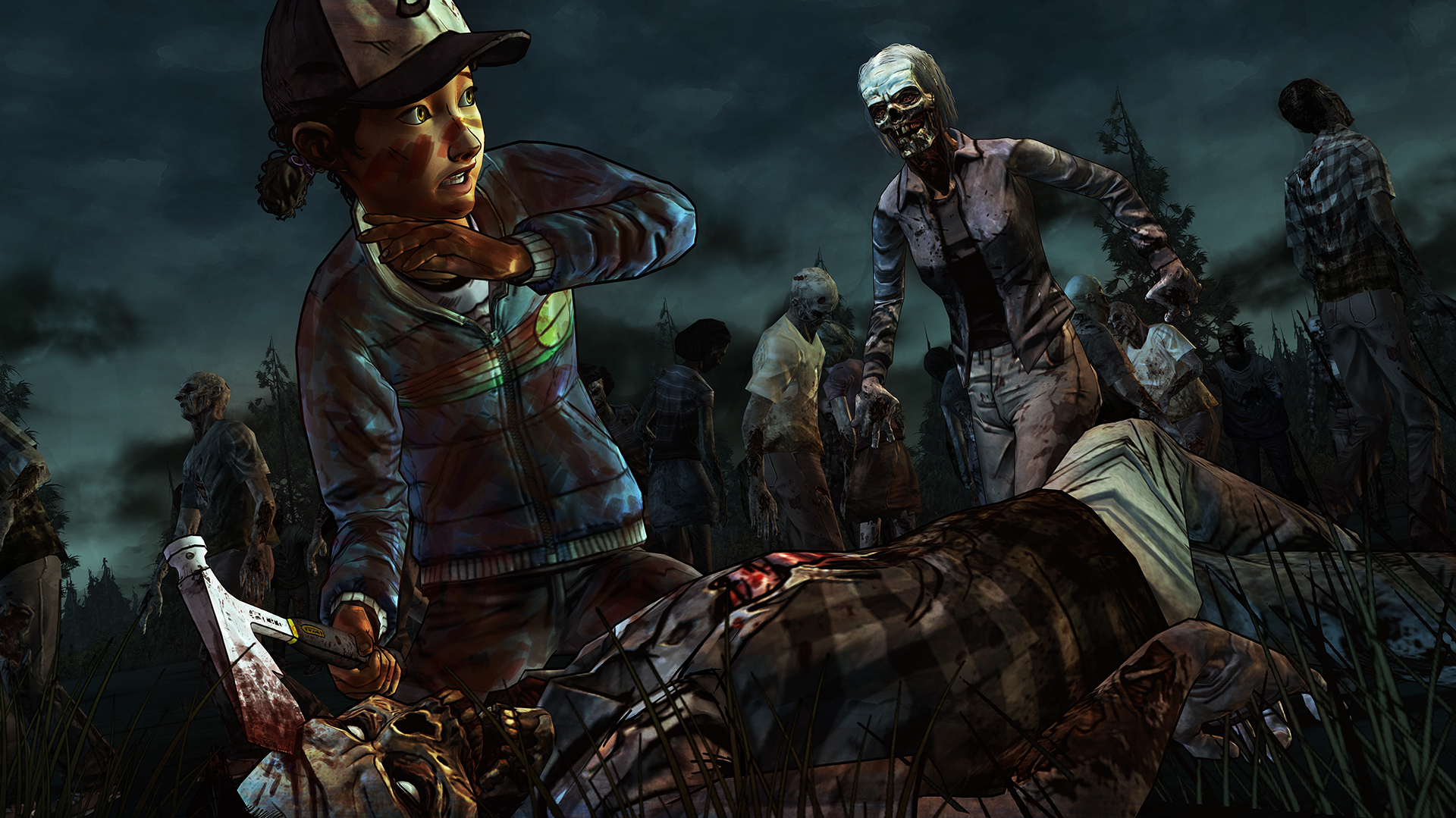 Clementine is having a bloody good time.

"In Harm's Way" is similar to the previous episode, "A House Divided," in that the episode is relatively short (around two hours, while Season One's episodes averaged 3-5 hours), but the amount of high-quality content in those two hours more than makes up for the episode's length.

Clementine's choices are less significant, but they add up.

Clementine's decisions are far less impactful in Episode Three than those of Bigby in The Wolf Among Us, which is somewhat jarring.  Most of the decisions are smaller choices in your tone, whether Clementine defends someone, or whether she stays silent to hide her actions in the hope of escape.

As with previous episodes of Telltale games, the art style fits the series rather well, but the animations remain a weak point--sometimes the characters' mouths wouldn't really line up with their dialogue, though it was rare. With any luck, animation quality will drastically improve with a potential third season.

Decisions feel much less important than in earlier episodes of the series.

As with its other recent endeavors, Telltale managed to spin a yarn that is engaging and entertaining with "In Harm's Way." The future of The Walking Dead is less clear now than in Season One, but considering Telltale's track record, viewers/players have nothing to fear.

Our Rating
8
"In Harm's Way" is even more brutal and violent than the season premiere, but Telltale manages to hold it together.

Brian transcribes for a tech company in Bellevue, WA. His favorite games are Max Payne 3, Dragon Age II, Life Is Strange, Tomb Raider, and anything involving Batman. All his reviews are spoiler-free. His brow is perpetually furrowed.