Interview with Creator of The Depths of Durangrar, Jack Poon

This is an interview with the game developer who created his board game. It includes introduction of the game, development process, funding and the future prospect of the game.
by StratGamer48

To play the game, three players must wander the maze in the dark with their glowing characters. A fourth player, who wears night vision goggles, sees the whole maze and hunts after the other three.

If you think that sounds like a cool game for teenagers, you'd be right. That’s who Jack Poon has been primarily marketing the game to. During his interview, we had a more in-depth discussion of the gameplay, as well as the past, present and future of the game.

Looking at the past

GameSkinny: Do you think there will be a age limit for Durangarar?

Jack Poon: "The game is rated for 12 and up. There are small parts that present a choking hazard to those ages 5 and younger. Next, the night vision goggles are more suited for 12 and up. We're happy to inspire kids to imagine new games with the potential of night vision goggles but we want to avoid kids running around in the dark with electronic equipment so close to their eye."

GameSkinny: How long have you been developing this game? Were there any difficulties on the development process?

JP: "The development process has been a lot of fun and a challenge. I've been working on the game full time for almost 2 years now. There were lots of setbacks in the beginning with getting the LEDs and night vision goggles to work well together, and with the color schemes of the game. Balancing the game's mechanics and pacing was the next biggest challenge. Often it felt like I was going around in circles.

But after better understanding the strengths of the game and what players wanted to do, I arrived at a set of unique character abilities with a set amount of points to assign to stats like health, attack and special power, a common goal amongst explorers, a unique goal for the monster, and just a little bit of luck with combat."

Looking at the present

GameSkinny: How much are you planning to raise on the Kickstarter campaign and how long have you prepared for it?

JP: "I've been working on the game for about 2 years now. It's at a point now where I'm very excited to announce it on Kickstarter to raise funds for manufacturing. We're shooting for $65,000 as that's how much we'll need to fund the manufacturing and shipping of the games."

GameSkinny: Are there any platforms you are going to release on? Is it just going to be a board game?

JP: "Right now it's just going to be a board game. The game has evolved a lot from my initial idea and has performed best as a table top game. Video games offer a fast-paced, edge-of-your-seat thrill, while we've performed best with the quiet and subtle build of positioning your piece best on a board and then striking." 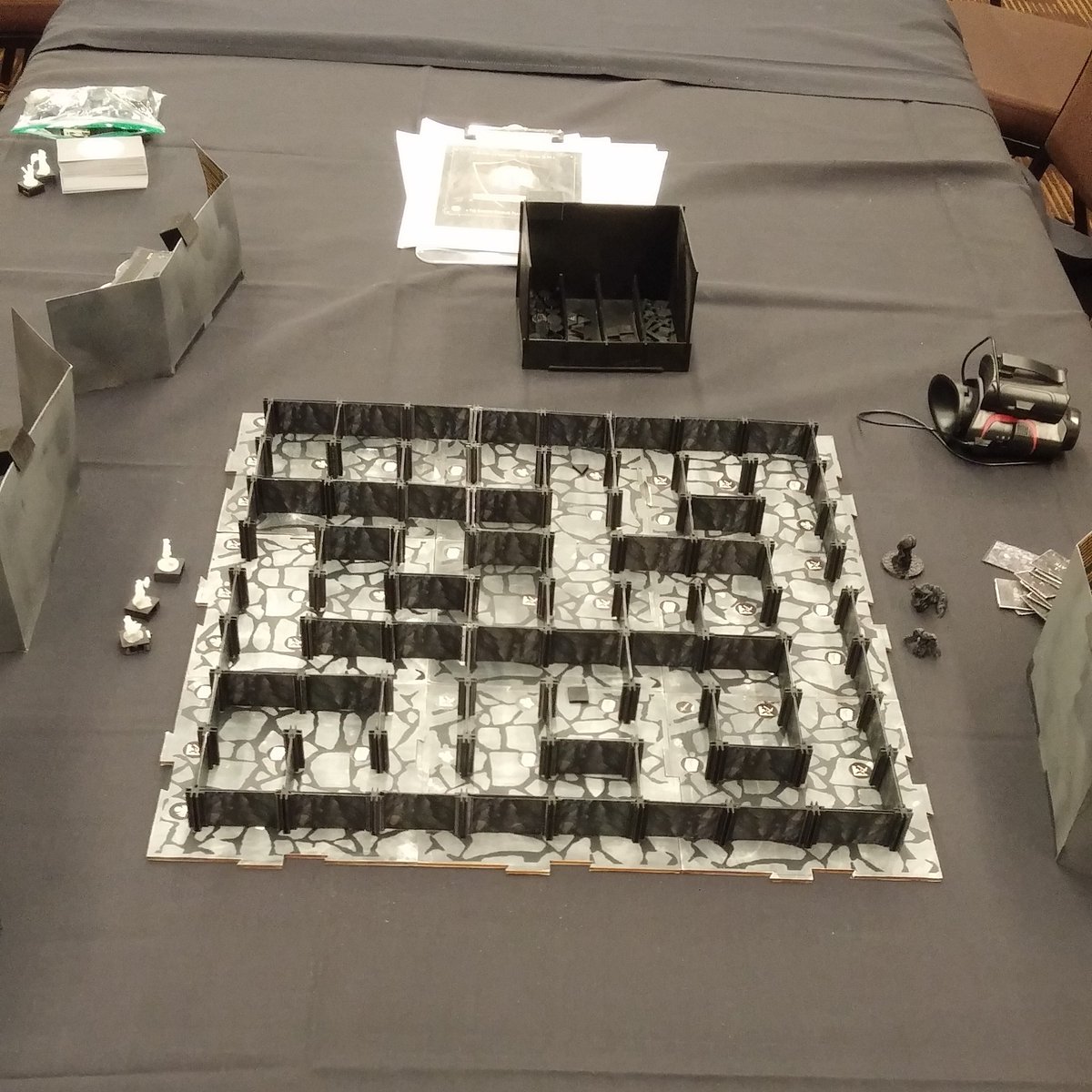 View of the maze and pieces in full scale. The design of the maze can be changed, as pieces of wall are movable.

Looking toward the future

GameSkinny: Where will you be selling your game? Will it be available in game shops or only on your website?

JP: "Right now, I'm focusing on the Kickstarter. Once all the games are delivered, I imagine settling through online platforms such as Amazon and through friendly local game shops."

GameSkinny: Will you release an extension to Durangarar in the future?

JP: "I have a few ideas for expansions and new game modes. I'm very happy and proud of the modular maze and how well it works with the light up characters and the night vision goggles. It creates a very unique asymmetrical informational balance.

I'd like to create more dynamic mazes, possibly even a multi-level maze. I'd also like to create new scenarios that introduce new game modes. One was a capture the flag sort of game where explorers wander the maze to try close portals from which monsters come from and the monster is trying to open them all."

Jack has spent nearly two years developing, testing, and promoting The Depths of Durangarar. I would like to thank him for taking the time to chat with me about the game, and look forward to its public release. At the moment, Jack is still planning his Kickstarter campaign, but you can follow him on Twitter @CreativeCoveGS for further news in the future.

The Depths of Durangrar Articles
more »