Captain Sonar, the game with Submarine warfare will be released soon.
by Engela Snyman

For those who enjoy Battleship, Captain Sonar might be the next big step for your ocean warfare fun.

Designed by Matagot studios and published by Asmodee, the game is set in 2048, but played in real time. You are tasked with finding rare resources in the ocean. With earth in disarray after several wars, it's up to you and your team to gather as many resources as you can before the enemy submarine finds you. 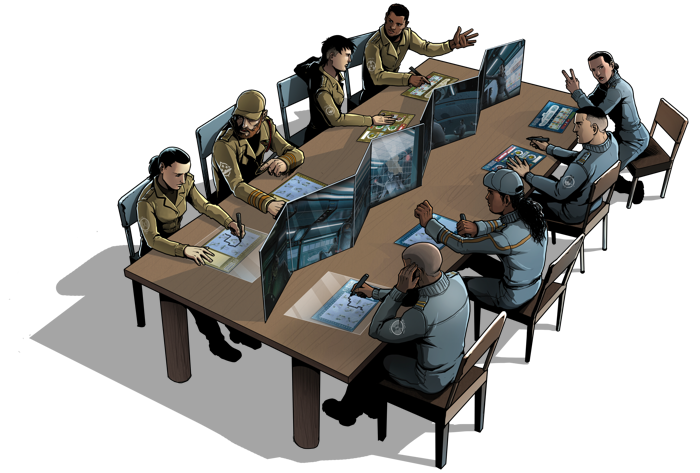 Halfway co-op and halfway competitive, the game supports up to eight players, (four players in each submarine), and each player has a role in the game -- captain, engineer, first mate or communications.

In each game teams use one map. And while the Captains shout orders, the team tries to find out where the enemy is, and hopefully shoot them down. The more you move, the more likely your submarine will take damage, but if you don't move, the consequences are even worse. Oftentimes surfacing is the best option -- but then the enemy will know where you are.

It's a tense game, with a lot of shouting and thick with theme.

Captain Sonar will be released at GenCon this year, and should be in Europe by the end of the month. Even you're not into submarine warfare, this game might still be an ocean of fun for you.