Upcoming Exploration Games that You Should Keep an Eye out For

It looks like the next few months has some exciting content in store for us!
by chopchamen

With the end of 2016 slowly approaching, and 2017 rolling in behind it, it's time to look at the games coming out in the final 2 months of 2016, and in the first quarter of 2017. There are a few exploration games coming out that look quite interesting.

Developed by Arachnid Games, and drawing inspiration from things like Disney’s Atlantis: The Lost Kingdom and games like Freelancer, and Elite: Dangerous, Diluvion is a deep sea exploration game set in a world in which humanity was forced underwater by a great flood. There is a thick, unbreakable layer of ice that formed on the surface of the ocean, so they had to build new civilization under the water.

This game is 2D and 3D. The 2D parts has to do with interacting with the interior of buildings and ships, while the 3D part has to do with combat and exploration. And yes good people, the fish swim away from you when you're in the water.

For more information on this title, take a look at our PAX West demo coverage.

Diluvion will come out for PC users on steam late 2016, or early 2017, there will also be console versions later on. 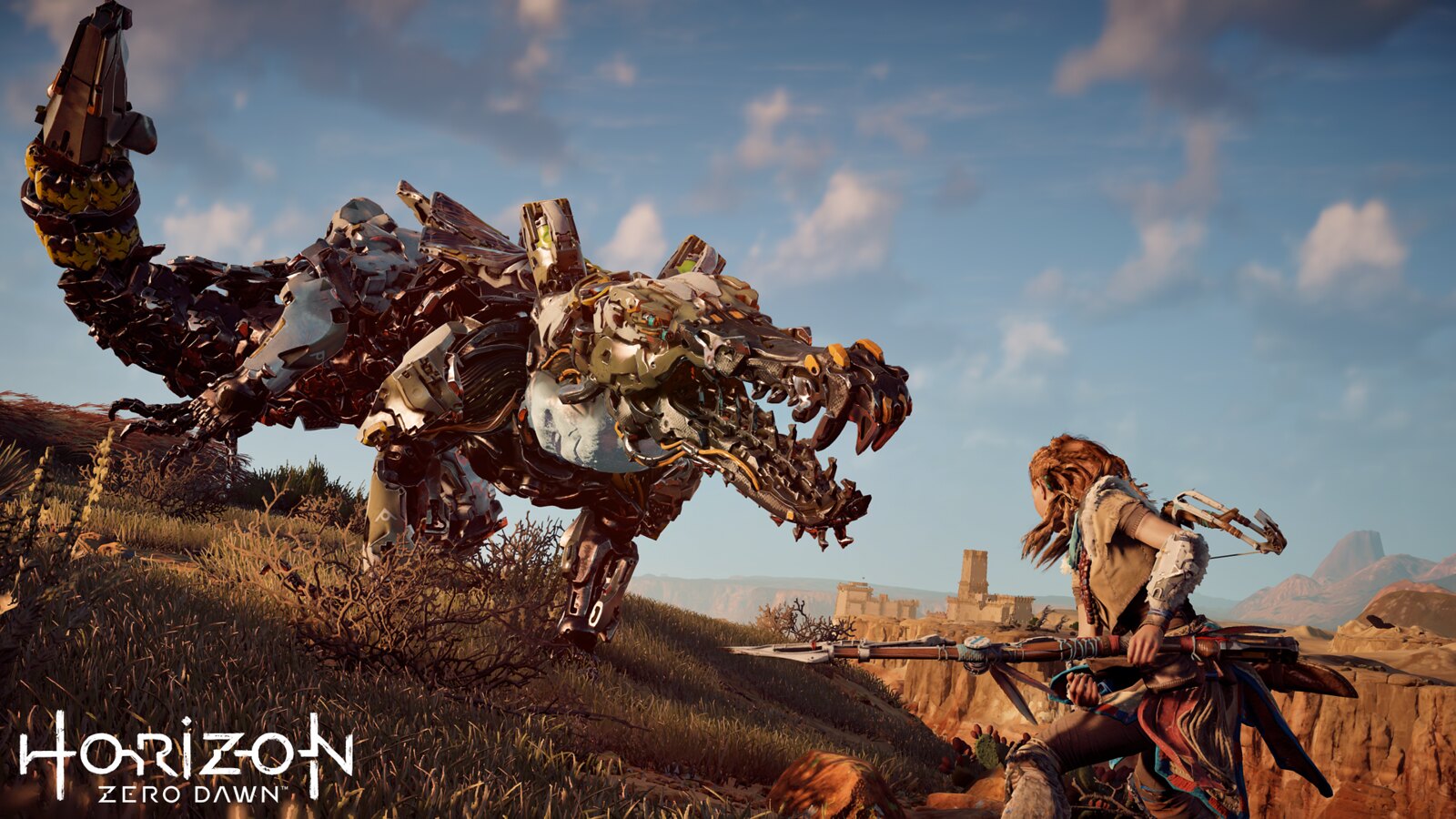 Developed by Guerrilla Games, Horizon Zero Dawn takes place in a world in which futuristic civilizations were halted, causing some sort of mysterious event that killed them off. Your character, Aloy leaves her village in search of what happened to "The Old Ones," the previous civilization.

The gameplay looks quite interesting for Horizon, there is a lot of trial and error involved in the combat, with no tutorials on how to take a machine down. There are many different machines to hunt or kill for resources.

Horizon Zero Dawn is set to release sometime in February 2017, for PS4.

"A fantasy based on reality," this game takes place in a more realistic world. You play as either  the main protagonist Noctis, or one of his companions. It's an open world Final Fantasy, and feels more reminiscent of 7-9 in that regard.

Noctis is on a journey to marry his fiancee, Luna when he finds out his homeland has been invaded by a rival nation that had falsely proposed a peace treaty beforehand.

Although this is a Final Fantasy title, the combat may feel more like Kingdom Hearts, as it's breaking from the traditional turn based system of it's predecessors. This could be good, not to say turn based is bad, but it allows you to seamlessly enter combat as you encounter enemies, which in turn increases immersion.

But the most exciting feature in my opinion, is the fact there are gargantuan creatures you encounter on your journey, seeing them loom the landscape from afar.

Final Fantasy XV will release November 29th for PS4, and Xbox One.

Taking place in a different galaxy, a long time after the events in the first 3 Mass Effects, this Mass Effect is putting you in the boots of one of the two protagonists, the Ryder siblings, Brother and Sister.

Featuring a game engine that is new to this series, DICE's Frostbite 3 Engine, and also new 4k and HDR tech, this game is going to new heights as far as visual aesthetics go.

With the Mako making a return, the game is open world, and still features everything that made the first three games great. To name a few, the choices and the dialogue trees, but also making a return is the multiplayer co-op.

There was a new story trailer put out recently, you can watch below.

These are just a few of the games coming out, there is also Ghost Recon Wildlands, Yooka-Laylee, Sea of Theives, The Dwarves, and many more amazing titles later in the year!

For more gaming stories and news, check out the other articles here, on GameSkinny!