The five-star Amazon reviews of Rock Band 4 from Harmonix employees came from a dishonest but highly pressured place.
by Gabriella Graham

Reddit users and Destructoid caught on to some suspicious activity on Amazon last week. It appears that Harmonix employees were posting extremely positive reviews of the recently released Rock Band 4 game. The rumors were soon confirmed by Harmonix itself, putting the speculation to rest, but not the scandal. A closer look at game reviews across the board suggest that, for the sake of Mad Catz and Harmonix's continuing existence, the game needs a boost in sales.

And here I thought I could rock out in peace.

Screenshots of the original reviews exposed a number of Harmonix employees self-promoting their game, but without any indication of their personal investment in the franchise. Harmonix released a statement addressing this:

"Harmonix has clarified its internal policy about posting reviews of our own products on retail sites, and we've asked that existing reviews be edited to identify Harmonix employees or be removed entirely. While we believe the reviews posted by a few employees were sincere and without ill intentions, as a studio we don’t believe these are appropriate actions. We appreciate the feedback from the community, and take our relationship with our fans seriously."

Not "appropriate" puts it lightly. unfortunately for consumers of all types of products, this tactic is neither new nor uncommon. But it's one thing to understand that it's dishonest, and another entirely to catch a guilty party in the act. The practicality of a review-based system defeats itself with such a pattern in place, after all.

Some of the original reviews have been deleted, while others were edited to fulfill Harmonix's promise. A screenshot taken from Amazon by Reddit users preserves the little goodies for the most curious among us. As you can see in the link provided, each review sported a five star rating. Names to note include:

Matthew Nordeus went back to revise and clarify his review rather than delete it entirely:

I added this review half in jest (as you might be able to tell from the tone of the original). In hindsight, it's probably important that I note that I worked on the game and work for Harmonix. That being said, I'm confident that if I didn't I would still give the game five stars. It's a beautiful, peaceful, cooperative game, rare enough already in today's landscape, that I can play with my wife and kids. Music discovery, playing with your family and friends, and cooperation make Rock Band my favorite.

Nordeus's review was one of the shortest and most playful in the revealing screenshot. His claim that it was made "half in jest" may well be sincere, though it's hard to believe it didn't occur to any of the employees to mention their involvement in the game, especially the game's project manager. I'd find it far stranger had he not enjoyed the experience. 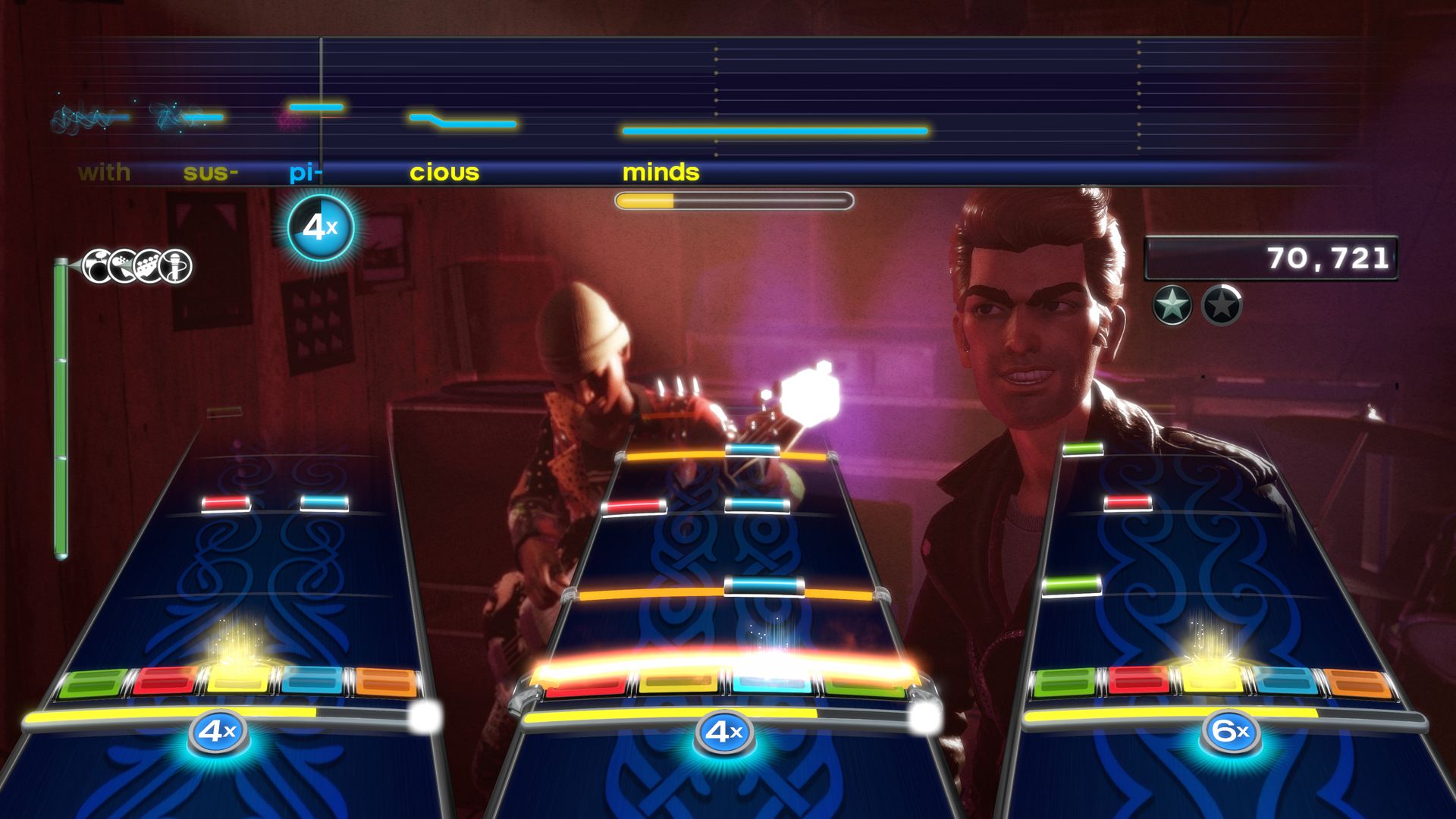 Even the dude with the creepy smirk knows that ain't cool.

Not all the reviews were so innocent in nature. Some were very obviously deceptive, ranging from Morgan Milardo claiming to be "a new fan" and Jayne Tan forgetting "how fun this game could be." Shawn Witt spoke of the game as if he wasn't intricately involved in its development:

"I got this game and I have to say, it's crazy how fun playing Rock Band with a group of friends remains after almost 8 years!

I've been playing the series since the beginning, and am a pretty serious gamer. It's astonishing that they were able to support DLC from that many years ago, as well! I've never heard of a console game supporting DLC from a previous console generation! They don't have support for every song I wanted to bring into the new game, but I've already been able to bring hundreds of dollars worth of songs I previously bought to fill out a soundtrack that is now pretty tailored to my taste in music."

Witt lays it on thick, only hinting at any personal bias with the vague mention of songs he personally "wanted to bring into the new game."

Misleading reports don't end there. Jayne Tan addressed 1-star ratings of the game in her own review, adding: ". . . I suppose some (not all) are valid, but I simply cannot echo the negativity." Really? A Harmonix consultant can't jump behind poor reviews of their new release? Color me surprised, for I cannot contain the disbelief in my naive, gamer soul.

The truth of the matter: Rock Band 4 isn't where developers need it to be.

The singing of a game's praises by someone involved in its development belongs in an interview and promotional statements, NOT product reviews utilized by unsuspecting gamers. The employees' decision could have stemmed from pressure to see the game take off and hold strong. Mad Catz stands in danger of falling victim to debt and operating losses, as revealed earlier this year in July.

It turns out that the reception of Rock Band 4 is extremely mixed, ranging between an ominously negative 1 star to cheery 5 star ratings. Professional critics of the game rate higher than consumer reviews.

A look at Metacritic highlights this pattern. The game's Metascore lands it in a "generally favorable" spot according to the site's guidelines. Not a single critic rated it any lower than "mixed," which left thirty-one of the forty-two reviews positive. User's (about 64 of them) gave the game a 6.3 out of 10 on average, landing their review on the "mixed" portion of the scale. Complaints in the most negative reviews note a subpar playlist and the immediate necessity of a patch to counter all bugs and glitches not caught before the game's release. The most common mentions in mixed reviews include that the five year wait fora fresh release in the series also didn't result in many changes and song variety actually teetered off in the direction of nonexistent. 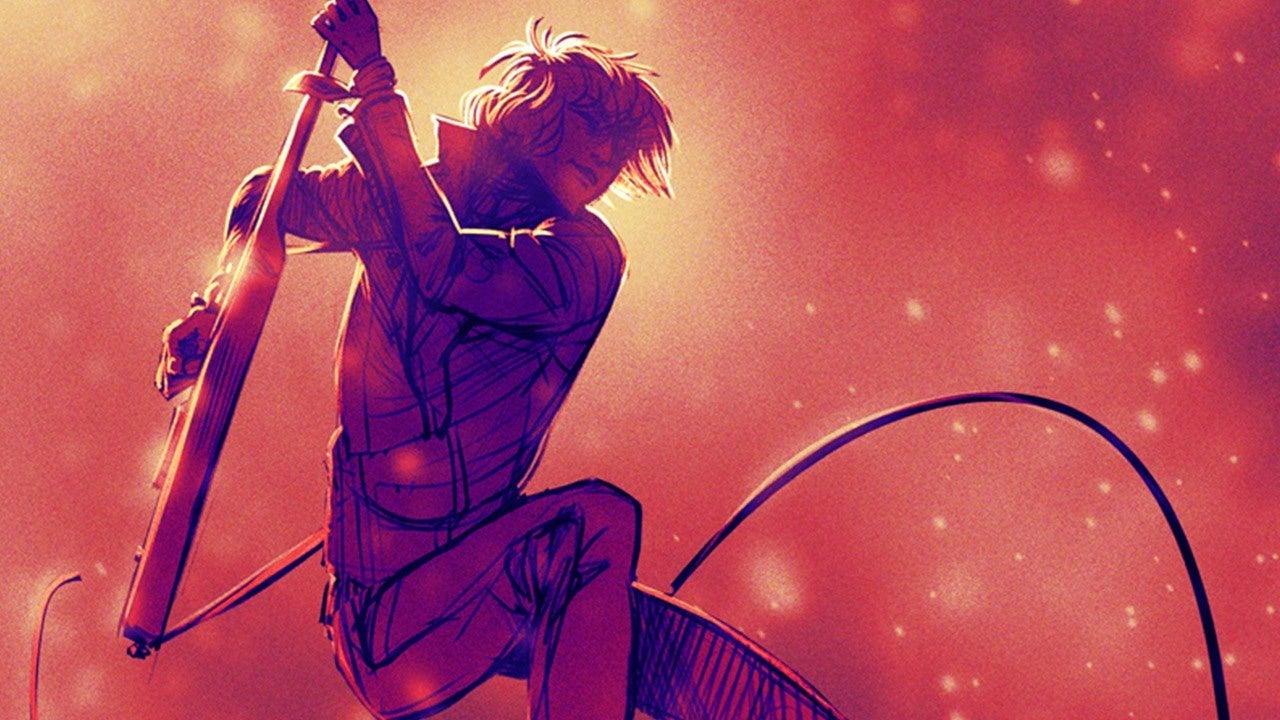 He leaps away from negativity, but not far enough.

One review article on KnowTechie elaborates on the disappointing aspect of the game in its lack of innovation:

I am a bit surprised because this does seem like a prime opportunity to create a new gaming generation of music game fans, but the game itself is the equivalent of going to a dive bar to see a tribute band of one of your favorite artists.

This comparison arose after the reviewer, Josh Knowles, grew bored of the game after an hour of play time.

TrustedReviews gave Rock Band 4 a 7 out of 10, addressing the lack of innovation again as one con and adding the expensive price tag the game proudly wears as a second con. Overall, they gave the new songs and addicting gameplay a thumbs up.

A look to Amazon itself suggests Harmonix employees felt especially pressured by the surplus of negativity on a site directly selling their product. There's a reason they sprang to the comment section of an online shopping district and not to one of the standard review sites mentioned above.

Roughly five days after Harmonix employees were told to amend or delete their skewed reviews, Amazon's overall rating for Rock Band 4 stands at 2.8 out of 5 stars. Thirty-three percent of all reviews are 1 star. "Disappointing" titles the top critical review while a top positive review begins: "I'm not 100% happy with it as is. . ."

A self-proclaimed "huge fan" of the series titled his own review "Surprised how accurate the negative reviews were." None of these bode well. Lost features from previous installments stand at the top of the list of disappointments the game has in store for established fans. Mixed reviews don't necessarily break a game. However, anything on the "meh" section of the excitement scale does not attract new players. The problem is that Mad Catz really needs Rock Band 4 to do considerably well for the sake of their finances. Their company depends on the game's sales, and Harmonix's fate ties closely in with it.

While I can't approve of dishonest tactics, there's no denying that the companies are fighting to squeeze out of a tight spot. Desperate times call for desperate measures. Unfortunately, Harmonix employees got caught in their walk of shame away from those desperate measures, which was admittedly awkward for all involved.

Unfortunately, Harmonix may be more than embarrassed at the unwanted exposure of its employees actions. Amazon pursued legal action against fake reviewers this fall, filing lawsuits against more than 1,000 Amazon users for their "false, misleading, and inauthentic" reviews.

This isn't the first time this happened in the gaming world, either. GameSkinny's Michael Falero noted Dragon Age 2's nearly identical scandal, in which case the practice was defended. I don't think Amazon would agree with such a defense, but Harmonix's quick response may have saved them from further backlash on that front.

How do you feel about this whole mess? Share your thoughts below.