Paradox has recently released a new expansion and a related free-patch for Europa Universalis IV that made big changes to gameplay.
by Stefano Bonacchi

The name Europa Universalis literally means "Europe is Universal" in Latin, even though the game itself lets you play the whole world. The title refers to how European nations divided the world amongst themselves during the age of exploration.

And that was well-represented in the game....until the most recent patch, 1.18. This update changed several fundamental things about how the game plays, and how countries balance out with each other.

Originally, there were "tech groups" groups of nations that were helped or hindered to a certain degree while researching new technology. For example, Chinese tech nations started on par with Europe, but quickly fell behind due to a 60% malus to tech cost.

That all changed with Patch 1.18, however, because tech groups no longer exist. They've been replaced by institutions, a mechanic which has shaken the gameplay to its very core. Since there will be no more westernization and related maluses, native countries are going to be a lot easier to play. Not powerhouses, mind you, but certainly not doomed in the case you don't have the right DLC and perfect play.

What Rights of Man and Patch 1.18 Have Changed

Rights of Man brought us something we asked for since day one -- the ability to abdicate, which is a lifesaver when your ruler is a complete moron but your heir is basically Jesus.

It also gave us Queen Regents, a way to circumvent the harsh penalties associated with having an underage ruler. Normally if your ruler dies and the heir is less than 15 years of age, a council of the nobles will rule in your place.
They get a -1 penalty in all stats -- meaning that a 0/0/0 council is actually possible in 1 case out of 3, and that is very bad on its own. That country is also prevented from declaring war until the ruler comes of age, which can be a bit of a bother in a game such as Europa Universalis IV, where war is very important.

This is why Queen Regents, whose stats get no penalties, who are known firsthand, and who act as rulers for all intents and purposes are indeed a fantastic addition. The fact that they also give you a nice opinion bonus with the country they came from is just icing on the cake. A feature of the new expansion that I liked less than the aforementioned ones, but changes the game drastically, is Major Powers.

Major Powers are still a bit broken at the moment, in that they can join unbalanced wars on the weaker side even if they don't know a war is taking place or that the warring nations even exist. This is basically what happened in the above picture, where the Ming Dynasty China fights in the Hundred Years' War to help the English against the Frenchmen, despite not knowing what a Frenchman is.

However, the Major Power function -- bugs aside -- is still a nice addition to the base game and makes for more fluid and engaging diplomacy where you can threaten minor powers into behaving, just as the historic great powers of the time did. The expansion also brought us a lot of new flavor events for the Ottomans, mostly regarding the Sultan's Harem and his ability to choose an heir -- thus making Ottomans even stronger and offering a whole host of new religious mechanics for fetishism and Coptic Christianity. All of this combined makes them feel more fleshed out and engaging. Last but not least, the expansion brought us -- among other quality of life enhancements -- character traits, similar to the Crusader Kings 2 ones for rulers and generals. And there's a fair number of easter eggs among them. (For example, idiot AI rulers will randomly give absurd commands to their troops.)

Character traits range from very useful to very bad, and make for a nice addition that increases the strategic depth of the game. The 1.18 patch itself has still added some nice changes to the gameplay as previously mentioned. Technology groups do not exist anymore, and Institutions will spawn randomly after a set date. Those who embrace them will have cheaper tech, while those who do not will have their tech costs increased by 1% every year for each institution they lack. This can add up to a lot in the long run, but it still helps Middle Eastern and East Asian countries keep from falling too far behind in tech. And this can, as always, make way for some funny historical shenanigans.

Troop groups are still there, however, and previously Western tech nations will still have the best troops by the late 18th century. But the equalization of tech levels, the removal of westernization and the great debuffs it brought during the process makes for a much different and much stronger game balance. 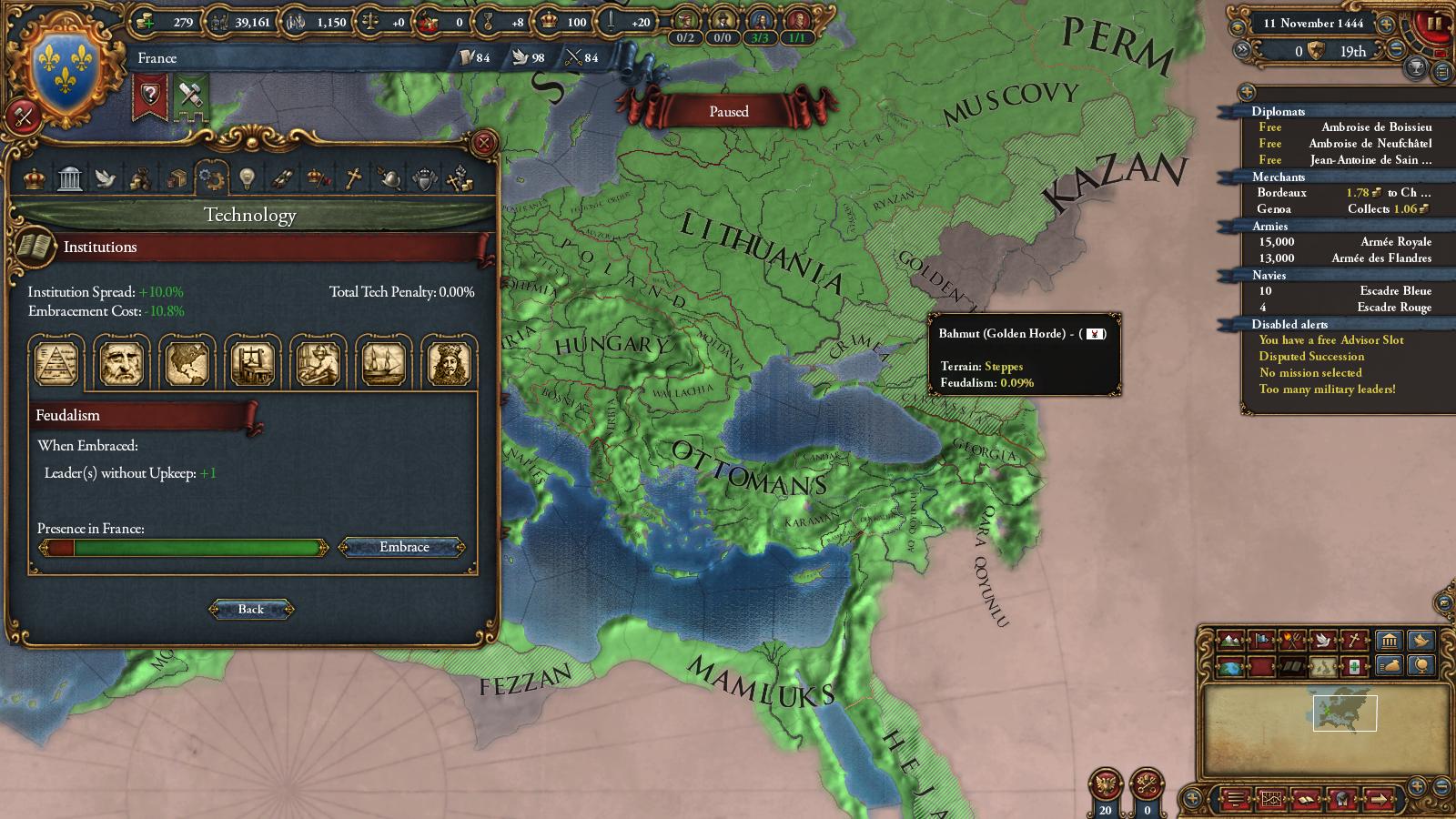 The second very significantly game-changing addition made by this patch is the ability to change your primary and accepted cultures at will by spending diplomatic power. This makes forming the Roman Empire more than just a bragging rights reward and it generally allows better micromanaging of empires for faster religious conversions to the "True Faith" and lesser revolt risk due to nationalism.

All in all it is a great patch and will be loved by anyone. (Unless you liked genociding North American Natives, in which case you'll have to work harder for your goals.)

I'm a fairly young Italian guy who's a very avid player of Strategy games (Turn based, grand strategy and real time strategy). I also love JRPGs and to a lesser degree western ones, I'm not much of a fan of MMOGs or MOBAs or beat 'em ups on the other hand so my knowledge on them is very limited. I strive to bring the best I can in my work and be as impartial as possible.