Diablo II Amazon Cassia to Join Heroes of the Storm

The HotS version of the Amazon class from Diablo II will soon enter the Nexus with spear and shield as a ranged assassin.
by Perchance to Game

Alongside the unveiling of Heroes 2.0 update, Blizzard also announced its next champion for Heroes of the Storm -- Cassia. Hailing back to the Amazon character from Diablo II, this highly-requested champion will be joining the fray later this month.

Back in 2015, Blizzard tried to assure players that an Amazon-themed skin for Nova didn't mean that a standalone Amazonian hero would never be in the game. Cassia's release should finally lay to rest the fear that certain skins can mean a hero's exclusion from Heroes of the Storm.

In Blizzard's Hero Spotlight video for Cassia, we learn that she'll be a ranged assassin who excels against auto-attacking heroes. Her kit grants her a strong laning presence, as well as some powerful maneuvers that will let her pressure and disrupt enemies.

This hero trait lends itself well to trading attacks in lane, which will allow Cassie to potentially outlast opposing heroes whose damage primarily comes from basic attacks -- like Raynor, Valla, or Illidan.  But you'll need to be wary of poke damage spellcasters such as Chromie, Jaina, or Azmodan.

This will be your primary source of poke damage, keeping you at a safe distance from melee ability damage assassins (like Kerrigan, Greymane or Alarak). 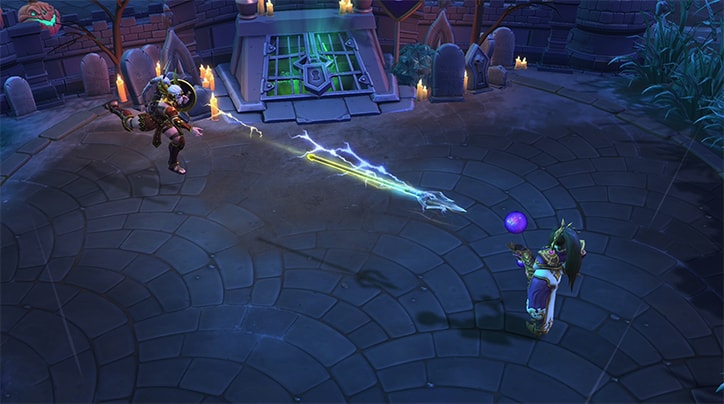 This is another ability made to shut down auto-attackers, but it will do next to nothing against long-range casters if you are unable to capitalize on the damage increase. 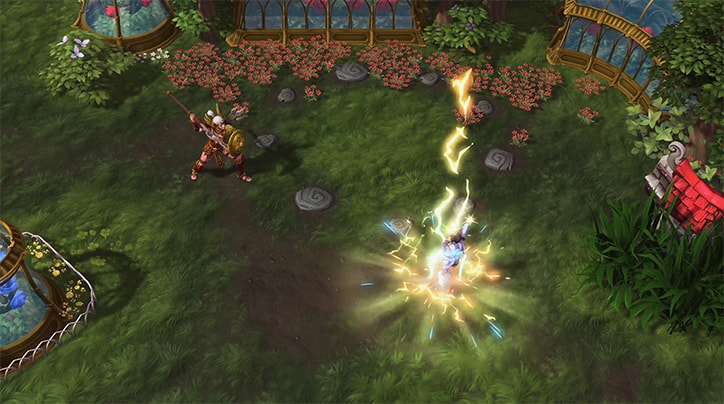 Charge at an enemy, and upon arriving channel for up to 1.5 seconds, dealing damage in front of Cassia every 0.25 seconds.  Deals 50% reduced damage to non-heroes.

Despite the damage reduction to non-heroes, this sounds like Cassia's primary method of wave clear.  It's an adequate fallback when enemy mercs and minions are closing in on your fort or keep. But really, you'll want to leave the farming to better suited allies.

For optimal use against enemy heroes, have a tank body-block for you while you maximize your channel time in team fights. 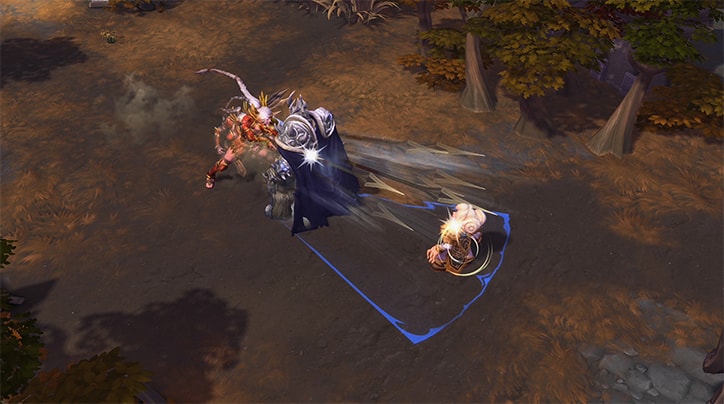 Throw a ball of lightning at an enemy Hero that bounces up to six times between nearby enemy Heroes and Cassia, dealing heavy damage to enemies.

League of Legends players will find this attack similar to Ryze's Spell Flux ability -- bouncing between the player and surrounding enemies. Naturally, you'll need to use this ability to best effect in team fights, especially when a large component of the opposing team is relatively fragile (and lacking in spell armor). 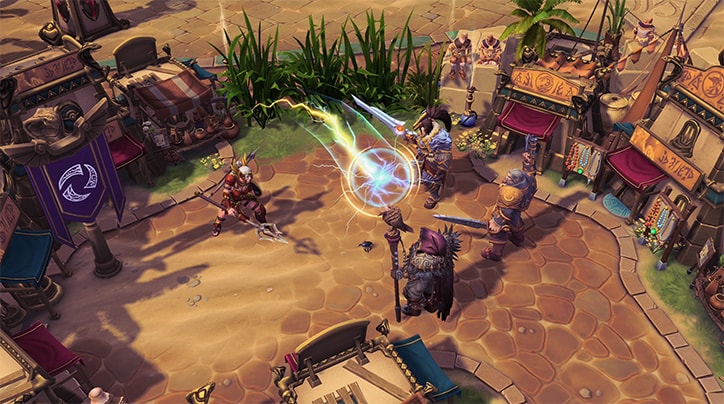 Summon a Valkyrie that rushes to Cassia after 0.75 seconds, pulling the first enemy Hero hit, dealing 190 damage and Stunning them for 0.5 seconds at the end of her path.  The Valkyrie knocks back all other enemy Heroes in her way.

This is a good hard crowd control ability, which will be best used to drag backline heroes out of position -- disrupting their team's formation in the process.  Try to make sure the rest of your team is ready to follow up, though, since Cassia seems more adept at sustained damage rather than burst damage.

This could also be good for securing a kill on an escaping foe. 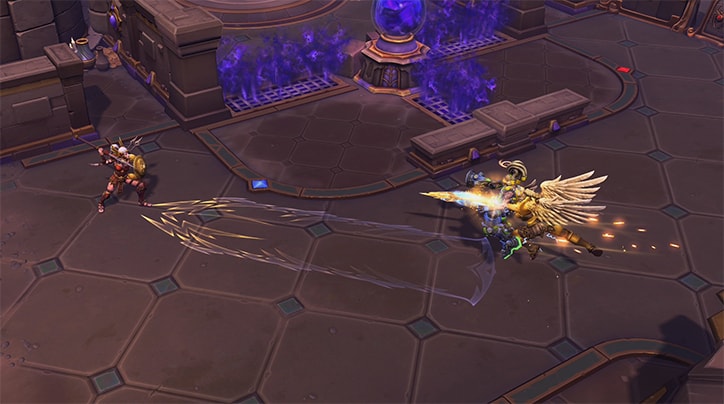 Cassia will soon enter beta testing for players who are interested in trying her out. Only time will tell if her kit and combat style lives up to the expectations of Diablo II fans.

What are your thoughts on Cassia?  Which other Diablo II characters are you hoping will enter the Nexus?  Comment and let us know!