5 reasons why Twitch is awesome.

Twitch.tv is a live streaming video platform where you can watch people play video games, among other things, but it's so much more than that.
by Sweat___

"Why would you watch someone play a video game when you can just play it yourself?"

Fair enough, but then why do people watch professional sports? Why watch basketball when you can just go to a nearby park and shoot hoops yourself? Perhaps because those players can play on a higher, more competitive level than you or I are capable of. You can watch people play your favorite video games at the highest level, live, on Twitch. Why watch a sitcom when you can go out and find comedic situations with your friends? The answer is simple, it's entertainment, and that's exactly what Twitch is. 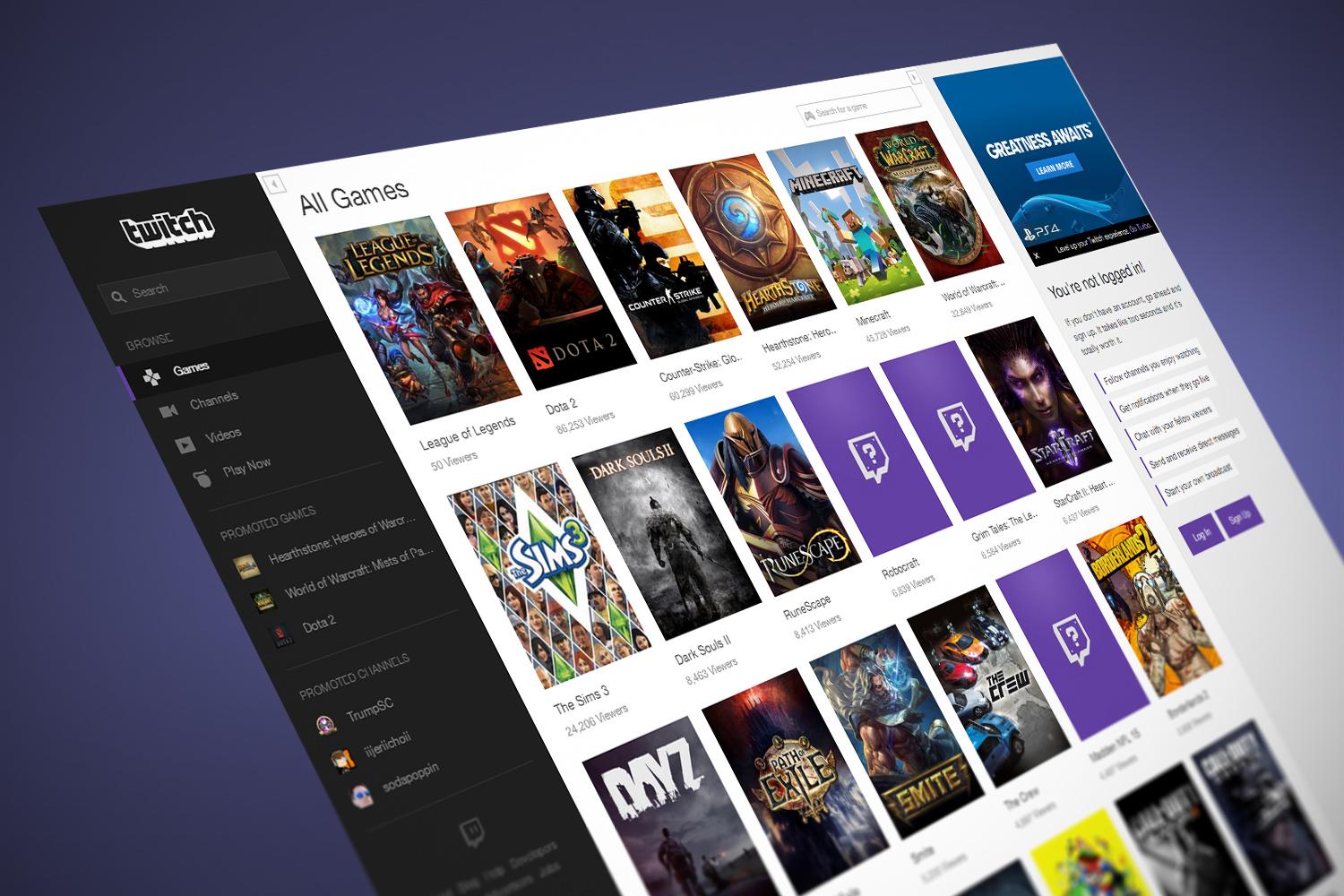 Here are five reasons why Twitch is awesome:

Anyone can start streaming on Twitch. Not everyone will be successful or gather a large following, but it is easily accessible. Consoles now even have built-in streaming capabilities. The fact that you can stream just about any game from anywhere in the world means that there is a ton of variety. It's also cool knowing that the content you're watching is happening live with only a slight delay.

As I mentioned previously, you can watch high-level gameplay of your favorite video game. Many games with a competitive scene will stream their tournaments on Twitch. This, in turn, allows thousands of players the opportunity to watch their favorite players, teams or even countries compete live much like other competitive sports. Good players that stream their gameplay often give tips and discuss getting better at the game. Aside from that, you can also use Twitch to get a good preview of a game before you buy it. Perhaps you'd like to play a game but just don't have the time to sit down and play it, you can watch a stream from your mobile device while you eat or get ready for work.

Being entertaining is the main reason people consistently tune into a particular streamer. Some streamers aren't even good at the games they stream and yet receive thousands of views! That's because of the person's personality, perhaps their sense of humor, or maybe people just like laughing at/with them. Not every stream is super serious, competitive gameplay, some streams are meant to be chill and lighthearted. As a side benefit to live-streaming, every accomplishment and mistake that happens during the gameplay gets broadcast to viewers live. I have been brought to tears from laughing so hard while watching Twitch.

One of the great things about online gaming is the formation of the community that plays that game. Much like that, channels and streamers on Twitch foster their own community. People who enjoy the game, enjoy the person streaming, and maybe even enjoy hanging out with like-minded people. Successful streamers embrace this and some even do in-game activities with supporters of the stream. Even though the Internet can be a cold and scary place people can feel a part of something while watching their favorite streamer.

Last but certainly not least among the reasons why Twitch is great, is the Chat. Channels on Twitch can choose to leave their Chat open to everyone, only to subscribers, only to certain languages, or not at all. This is the space where people who are watching a live stream can interact with the person who is streaming. People who talk in Chat can ask questions, give advice to the streamer, make fun of them, discuss with gameplay with other viewers, etc. Twitch Chat is almost an entity in itself. It's not uncommon to see a collective "LUL" or "rekt" typed into Chat when the streamer dies in-game in front of thousands of viewers. Twitch Chat is a microcosm of the Internet, it can be hurtful and mean or utterly hilarious, and mostly everyone is free to hide behind their username and remain anonymous, but personally that's just how I like it. Oh, and there's a slew of Twitch emotes that, in my opinion, are a great way to emphasize your comment. For example, the Kappa emote (shown below) is generally used following a sarcastic or joking comment.

So, those are my reasons for thinking that Twitch is awesome. Like many things in this world it comes with good and bad. It should also be noted that Twitch isn't only for streaming video games. You can tune in and watch people eat as they stream Social Eating, or tune into Creative and watch someone paint a picture, or smith a dagger! That's what makes Twitch so interesting; there are endless possibilities. Don't take my word for it, though, feel free to check out what's happening live on Twitch.