Even the Oculus Rift model is surprised by this price.
by Steven Oz 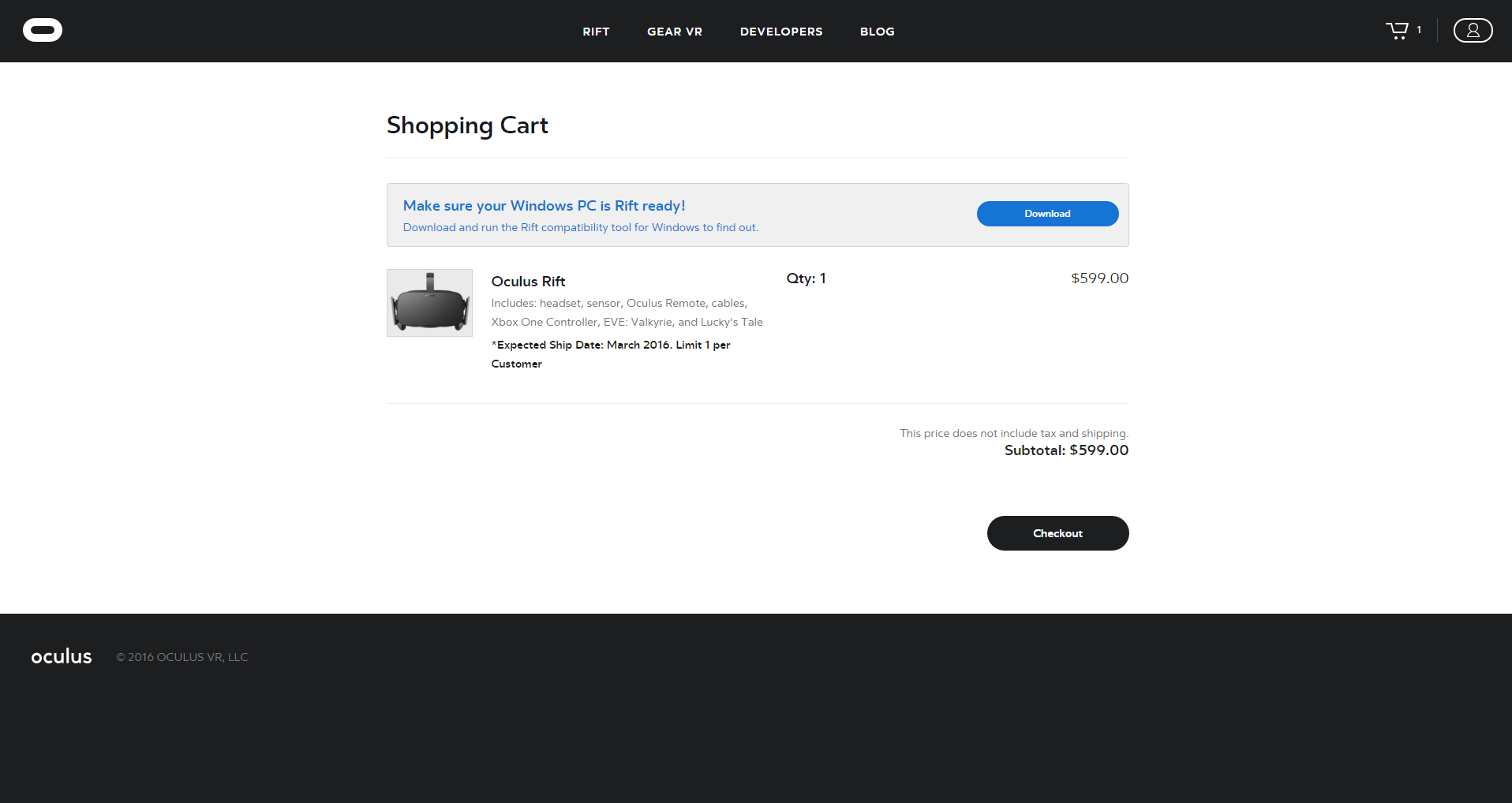 Also, the VR unit comes with an Xbox One controller, since Oculus struck a deal with Microsoft that every headset comes with a gamepad. Anyone buying Oculus Rift will receive two preloaded games: the platformer Lucky's Tail and EVE Valkyrie the spacecraft combat game.

No word on the price of other games announced for VR support. Other items found in the box are the sensor that tracks the Rift and the Oculus Remote, which is used to navigate the Oculus store and 360 video content.

This is the first of major VR units to announce their price. PlayStation VR and HTC's Vive has not set their price as of yet. Earlier this week Oculus opened their website for preorders.

What are your thoughts on the price and will your preorder this? Comment below!