Here we break down a list of tough games that use rock solid mechanics to justify their difficulty.
by Jeremy Brown

Plenty of games lend their sense of accomplishment through their stories, atmospheres, and satisfying mechanics. However, some games offer a more masochistic approach to their gratification by giving you "never back down" challenges, which push you even more to overcome them.

This concept applies to many more games than the ones on of this list. Those on this list made the cut for having a foundation of cruel-yet-fair gameplay. Whether or not that makes them good, well, that's up to you.

Super Meat Boy is a platformer focused on speed and pain. Meat Boy's girlfriend, Bandage Girl, has been kidnapped by the nefarious Dr. Fetus, and you must save her by going through a series of circular saws, and spikes. Believe it or not, salt is really lethal too.

What pushes players in Super Meat Boy, however, is the drive to collect more bandages, hidden in hard-to-reach spots, and getting the "A+" ranking to unlock secret levels. The game requires patience, but the controls and animations make every mistake the player's and not on the game's. Even better, when beating later levels, the replay (showing every single attempt simultaneously) is that much more rewarding.

Perhaps the least punishing on the list, Hyper Light Drifter puts players in a bleak world where everything has already gone down the tubes, and they must fight through the villains and bullies of the world to rebuild it.

What makes Hyper Light Drifter so challenging is the fast-paced combat. Every step counts, and any misstep can mean death. Those only set you back to the beginning of the room, though. Of course, that'll happen quite often, and boss fights will increasingly test your skills by being more difficult than the last. 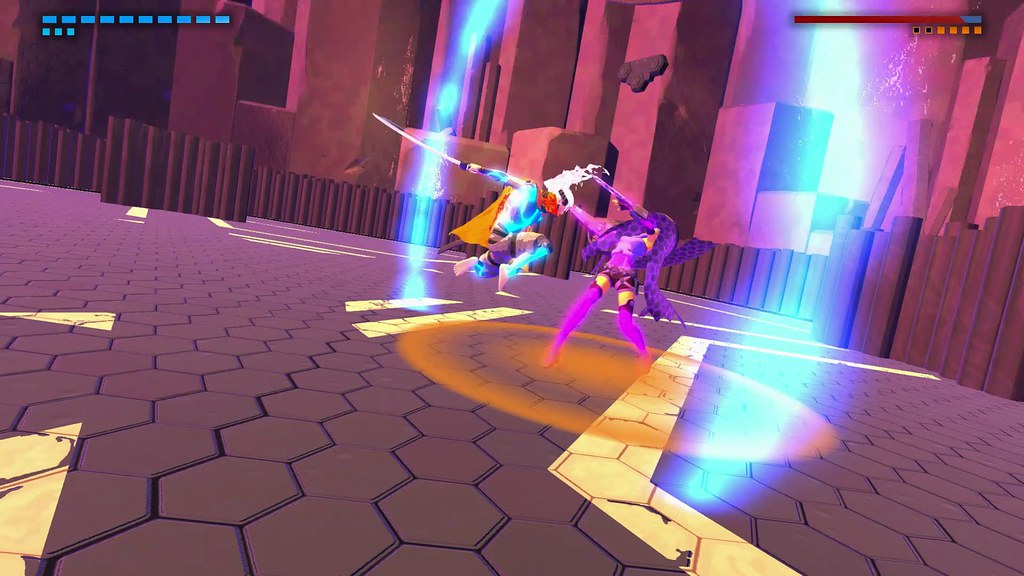 Furi is a fairly recent game, as it was a free game of the month for PlayStation Plus over the summer. It has a plot focused on a silent protagonist and a person in a bunny hat telling him to kill bosses. While the slick style of the game does help overall, the real focus here isn't the story.

It's a test of determination that the game demands of its players. Boss fights have increasingly harder stages as players keep fighting them, and players only have three lives. If they fail to defeat the bosses, even on the last hit, these long fights will start all over. It makes for a real struggle of memorizing moves, which results in the biggest trial-and-error in the game, even though the basic combat is rock solid.

VVVVVV is an incredible game for those looking to push the boundaries of their sanity. After a sci-fi disruption in space-time causes the players' ship to crash, the captain of the ship must go out and save the loyal crew to rebuild and leave this frequently spike-filled land.

The idea is simple: players move left and right, but instead of jumping, can only invert gravity. From then on out, the level design decides how well players can wield the tools given to them. There are parts where gimmicks make the game even more crazy, but even its premise makes for a difficult, but ultimately, rewarding game. 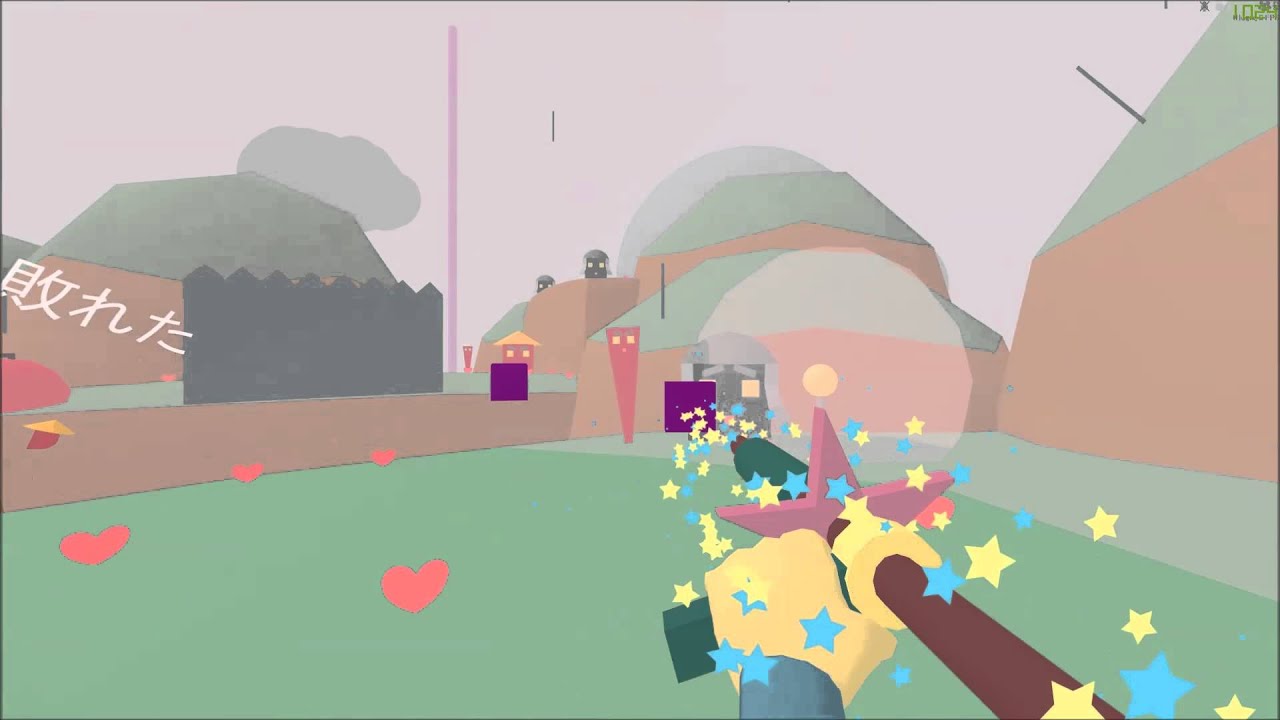 Oddly enough, Lovely Planet has more in common with Super Meat Boy than anything else. It doesn't require you to be the fastest player, but it does force players to have peerless precision and a lot of coordination. Apart from the Katamari art-style, nothing is kid-like in this game.

Players are given a semi-automatic weapon to shoot red guys, and they must use near-death leaps to cross at any given point. The frantic nature of this game makes it one of the most demanding on this list because one small mistake means starting the level over.

Agreeably the most calm, calculated, and methodical game on this list, Jonathan Blow's latest acclaimed puzzler, The Witness, stretches the boundaries of its simple premise to every conceivable length. Though the game doesn't present fail-states like the rest on this list, it sure feels like it does.

Simply, players walk up to panels and draw a line from point A to point B on them. As players progress across the game's luscious landscapes, the levels become more and more complex, using reflections, shadows, and field of view. Melting distortions shape even how your character moves within a hedge maze to squeeze every single way the puzzle can be completed into one game. The result creates later puzzles that can leave players staring at the screen for hours. 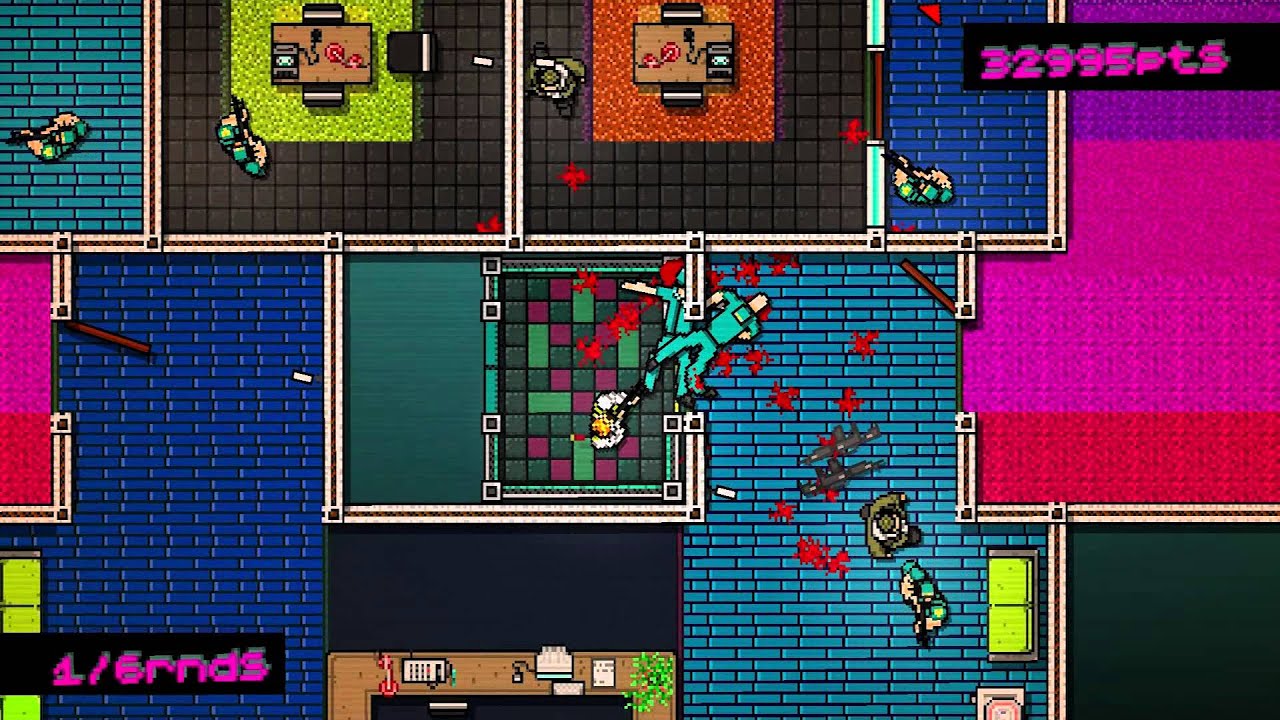 While I loved Hotline Miami, I felt it wasn't a perfect fit for the list. It's a top-down hyper-violent shooter that requires bold strategy, quick reflexes, and improvisation. Why isn't it part of the list, though?

Rather than something players did which lead to their demise, the biggest issue holding it back is random flukes in the enemy AI that are completely out of player control. I still highly recommend it, even though you're going to see "You're dead" pop up fairly often.

Do you agree with our list? What games would you like in this subgenre of genres? Let us know in the comments section below, and as always, thanks for reading.