2014 is off to a great start for gaming. Can April keep up?
by NorthwestGamer

2014 has had a terrific start for video games, and what perfect timing! With the new consoles out late last year, its nice to see some solid games appearing to play on our new hardware.

March, in particular, was a strong month, featuring South Park: The Stick of Truth, Dark Souls II, Titanfall, Towerfall: Ascension, Hearthstone, Metal Gear Solid V: Ground Zeroes, inFAMOUS: Second Son, Diablo III: Reaper of Souls, and more. It will certainly be hard to beat a month like that, and it does not appear that April will--but it still looks like a solid month for gaming!

The Elder Scrolls Online - Most Anticipated

There is not much competition this month, so it is pretty safe to say that Elder Scrolls Online is the most anticipated game of April 2014. Everybody should know what the Elder Scrolls series is by now. Starting off in 1994 on DOS with The Elder Scrolls: Arena, this series has established itself with critically acclaimed games such as Oblivion and Skyrim.

If you have no problem with playing Elder Scrolls games alone, then there is not too much to get excited about here. If you have begged Bethesda forever to add multiplayer to the series, then this is the game you have waited for.

I was originally very excited for this title; I signed up for the beta as soon as I could. However, when my beta invitation came, I did not play the game. I then received beta invitations for another three weekends and still shrugged it off. Why would I lose all of my excitement? Because I do not want to play it so badly to justify the price.

This game will cost a $15 monthly fee with an additional activation fee that includes a free first 30 days. This is pretty standard for an MMO--big titles such as World of Warcraft follow this subscription model--however, the activation fee is a whopping $60. That's already a full-priced game. This puts your first year at just over $225. If I was going to fork over money for an MMO like this, I would get back into WoW.

Bethesda has officially announced, however, that they want to gradually bring this over to a free-to-play model, so I will be happy to play once it is cheaper. It is important to note that this release date is Windows and Mac only, consoles will be arriving sometime in June.

Now, I know what you're thinking, "that game came out already," and I am aware of that; however, it will finally be arriving to the PC on April 25. Anybody who has experience with the original Dark Souls on the PC has been through a lot of frustration. It just generally did not work well.

It took mods to unlock the framerate and resolution, and hackers plagued the entire system, but From Software has promised that this mistake will not be repeated. They claim they have put a lot of effort into the PC port this time and I want to trust them, but I think that I will be waiting to see how it performs before committing to this game.

There are many people out there who consider Final Fantasy to be a dead series that is desperately trying to milk every last penny out of it that they can; however, that is far from the truth. It is true that it will probably never return to its glory days, when it was the powerhouse RPG that inspired systems for all future RPGs, but it is still relatively a successful series.

Final Fantasy XIV: A Realm Reborn is another game that has already graced the store shelves, and this time it is being ported to the Playstation 4. The game originally released last August and received generally favorable reviews, with Metascores of 83 and 79 for Windows and Playstation 3, respectively. This game was well-received the first time around, but I am not sure that a Playstation 4 port is something to be running to the shelves for. If it's going to be anything like the next-gen Tomb Raider port, Definitive Edition, just stick with the original. 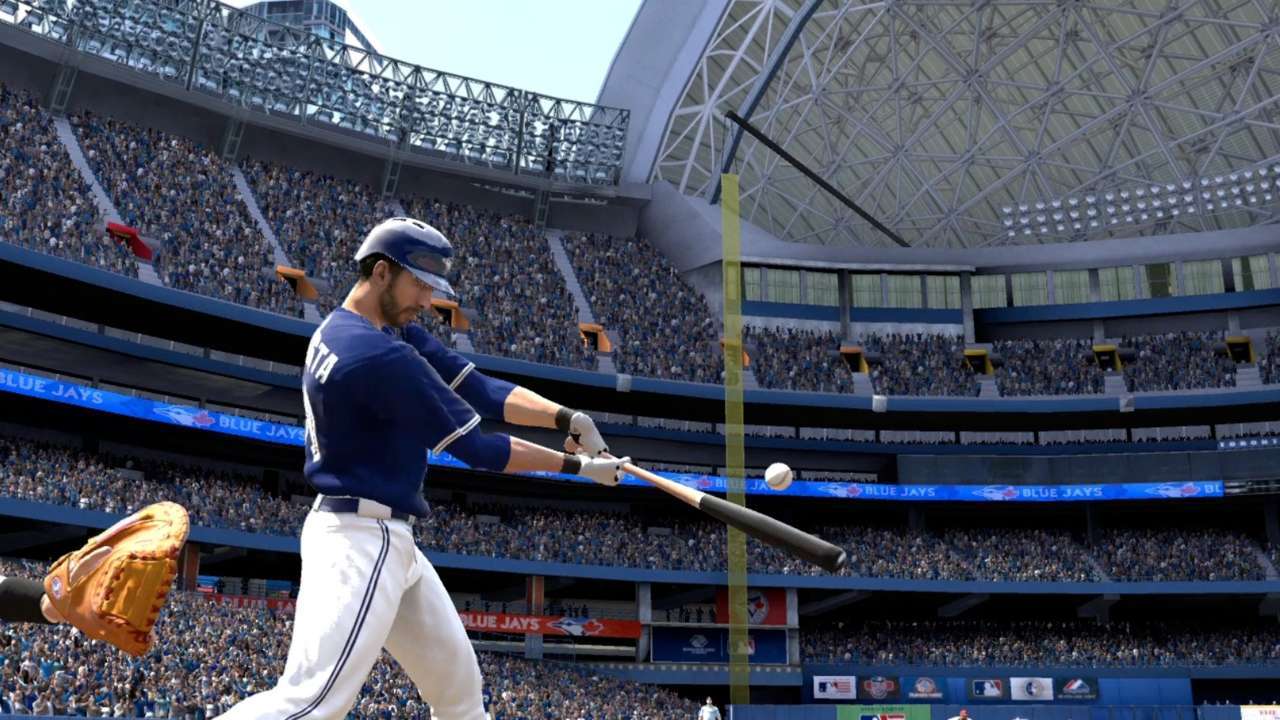 First off, let me just say that this is not to be confused as an EA Sports game. This game, and the series, is developed and published by Sony Computer Entertainment. For this reason, this game will be released, exclusively, to all three Playstation platforms; however, only the Playstation 3 and Vita editions will be released in April. Playstation 4 will follow-up in May.

Even though I said this is not an EA Sports game, it is similar in the fact that it is an annual release, and not much changes. Unless you are a big fan of the series, this game is not going to make a big difference to you over MLB 13: The Show; however, if you are looking into this series and are a fan of sports games, it is important to note that they will be selling the Playstation 3 version in a bundle with NBA 2K14 for $89.99 USD. 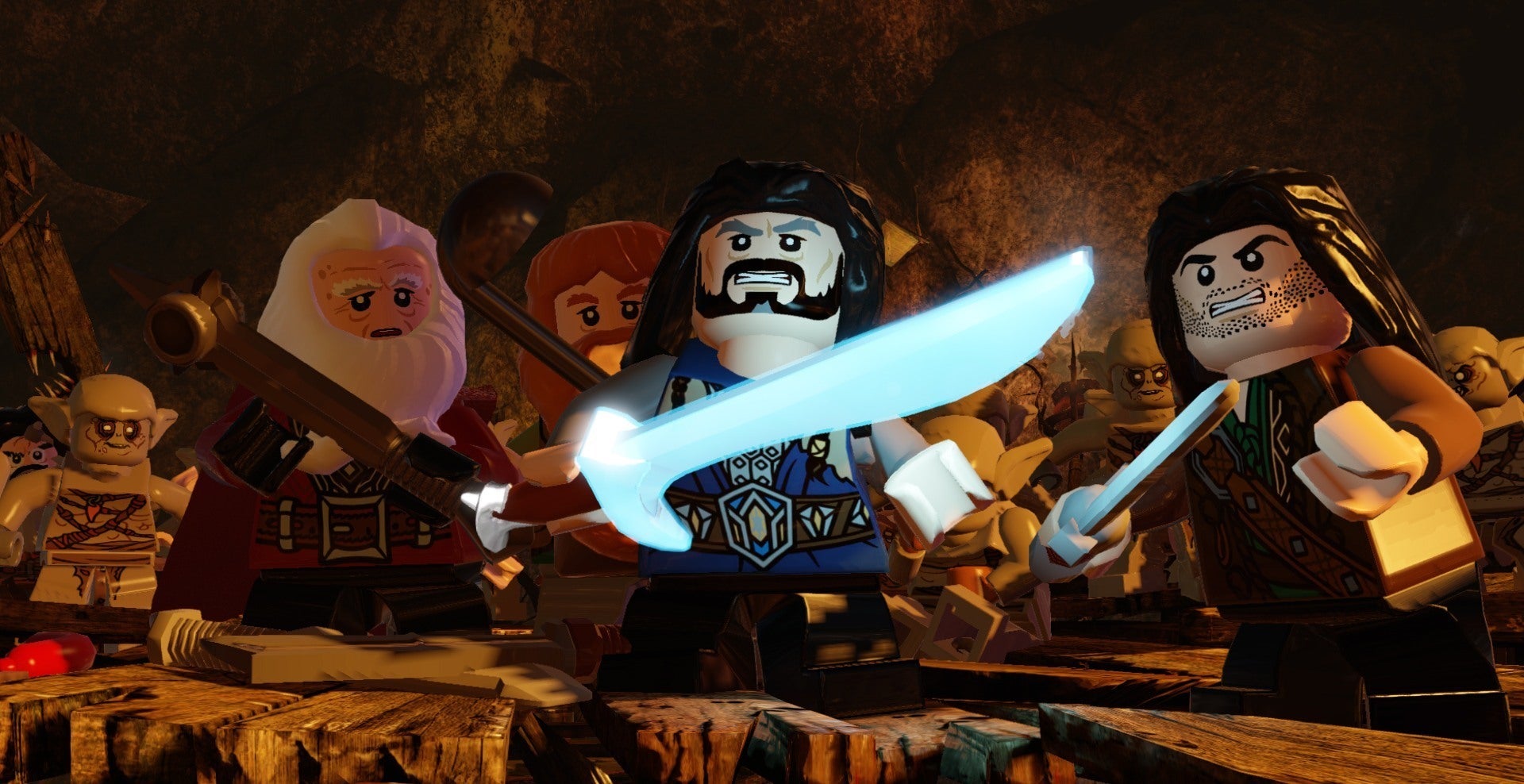 Here we go again. It has been nine years since the first LEGO video game, LEGO Star Wars, and not enough has changed. There are a lot of series that get hammered constantly for never changing, and frankly, they deserve it, but the LEGO series always seems to fly under the radar. Most people would argue that it's because they are not as popular, but most people would be surprised at just how popular the LEGO games are.

Why should they not be popular, anyway? These games may stay under the same gameplay model, and it's kind of frustrating, but they are actually great games.

Also, the fact that they base them on different movie series makes it so that there is a completely different story to the different games. So I say this is a game worth looking at, but only if you are a fan of The Hobbit. The games are all so similar, that I would only buy the ones that follow series' that you are a big fan of.

The Trials series shouldn't be a new name to big Xbox players, but it might be new to those die-hard Playstation fans. Previously published by Microsoft, the series has been available only on Xbox and Windows the past couple games, with Mac being an option for the first two installments. The last game, Trials Evolution, was a massive hit, scoring an impressive 90 on Metacritic.

Since Trials Evolution, the publishing license has been transferred from Microsoft to Ubisoft, and the series will now be making a Playstation appearance. This game will be available for both next-gen consoles, but only the 360 for the past generation.