There have been son big announcements for Steam users and Rocket League fans. Valve and Psyonix announced that there is upcoming version of Rocket League compatible with SteamOS and Mac that will release later this year.

These announcements come not long after the one millionth copy of everyone's favorite vehicle-driven soccer game was sold via Steam. There have been over 5 million sales across PC and PlayStation 4. It was only a matter of time before the minds behind it opened the availability to SteamOS and Mac gamers.

Here's the available hardware you can pre-order to get in on this deal:

A wireless device you will be able to use on both controller games and keyboard games, and with Steam Link. Comes with any Steam console you buy. Pre-order here or bundle it with Steam Link here.

A device that allows you to play your Steam games on any TV in your house. Just by connecting it, it will link your TV and home network. Pre-order here or bundle it with Steam Controller here.

Allows you to experience your Steam library in a console. It comes with NVIDIA GeForce GTX 2GB GDDR5 and Intel Core Processors. Available in i3 500GB, i3 1TB, i5 1TB, and i7 1TB. Available for pre-order here. 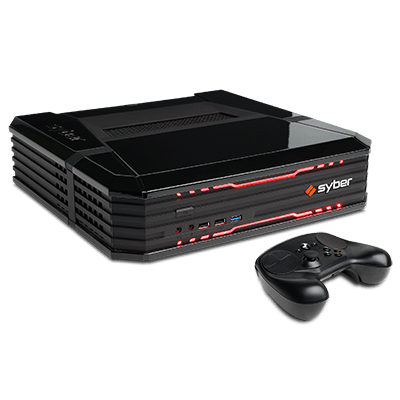 A console that allows you access your Steam library and purchase games through the Steam client. It comes with NVIDIA GeForce GTX 2GB GDDR5 and Intel Core Processors. Available in i3 500GB (Machine I), i5 1TB (Machine P), and i7 1TB (Machine X). Available for pre-order here.

Rocket League is currently 10% off on Steam for a limited time. To stay updated with Rocket League and Steam, you can follow their respective accounts on Twitter: @RocketLeague and @steam_games.