Pikmin 3 Is Getting Some Love

Nintendo is showing some love for Pikmin 3 fans by announcing new DLC.
by Corey Kirk

With almost every gaming news site talking about the PlayStation 4 and the Xbox One, one wonders what Nintendo has been up to. What’s going on in the realm of the iconic Japanese company? Well, a lot actually. Not only is the release of The Legend of Zelda: A Link Between Worlds almost upon us, but today we got some exciting news for Pikmin 3 fans!

During the Nintendo Direct livestream, it was announced that Pikmin 3 will be receiving some cool new DLC on December 2. There is also something special about this DLC. Unlike previously released content, the new DLC will only consist of new stages. This is a departure from the previous formula of releasing new spins on existing stages. 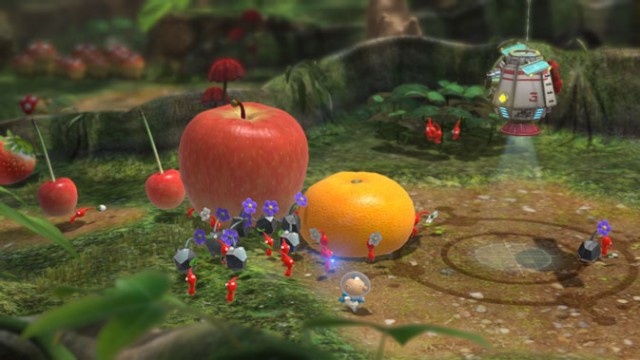 The DLC will include four “Battle Enemies” stages and four “Collect Treasure” stages for a total of 8 new stages altogether. Players will also be able to control Captain Olimar from Pikmin and Pikmin 2 in some of the levels which should be a joy to long time Pikmin fans.