The next stage in game evolution: Future PlayStation VR titles announced at PSX

Sony has at least eight virtual reality games in store for fans with titles from Ubisoft, Namco Bandai, and more.
by Gabriella Graham

PlayStation Experience isn't just about bringing new titles and juicy details to cheering fans. As the event's name suggests, PSX emphasizes the gamer's experience and what promises the future holds. This year, that means highlighting Sony's next move in game evolution: the PlayStation VR. Day One of PSX announced eight new titles in the works for their virtual reality headset for 2016, each boasting its own unique mechanics and gameplay.

The title holds no surprises for this one. Reminiscent of visions from Assassin's Creed III and an unfortunate PR stunt for Assassin's Creed Syndicate, Ubisoft brings a flight simulation to the virtual reality party. Glimpses of Parisian monuments fill the background, though its unclear if other locales will enhance the game's scenery.

While it's not exactly clear in the trailer, the player in this game represents the last human being on Earth. Obviously, this makes driving zombies to any destination their little unbeating hearts desire your sole responsibility. We're clearly talking about the natural order of things here. Oh, and the zombies are pretty much all British. 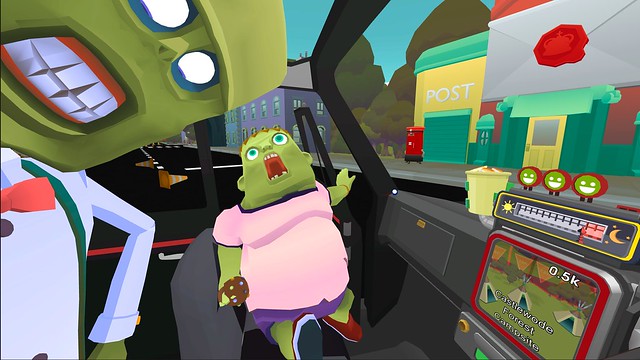 The game started out as a VR demo featuring a driving simulation in which the player's vehicle was filled with rag dolls. The developers found the concept of "sharing the same physical space with floppy folks" hilarious and ran with it, eventually evolving their demo into a (literally) disjointed zombie-themed experience. The new version won Best in Show at the independent games festival, BitSummit, in Kyoto, Japan. The popularity of the game's slapstick humor led to a partnership with Santa Monica Studio.

The game mechanics support full immersion into the ridiculous and colorful world. Should the zombies invade your personal space, for example, players can punch them back with their own hands and one-to-one tracking with DualShock 4 and PlayStation Camera. PlayStation VR head tracking allows players to peek at the endearing zombie antics in your taxi's backseat as well.

This title embraces the odd and plenty of laughter for a lighthearted experience.

Alright, remember when I said the title holds no surprises with Ubisoft's Eagle Flight? What I meant to say was that all of the VR titles are extremely straightforward in design. That means 100ft Robot Golf allows players to wreak havoc as, you guessed it, really big robots playing golf. Given their size and the unfortunate Earthly settings, this yields massive destruction on the surrounding environments. 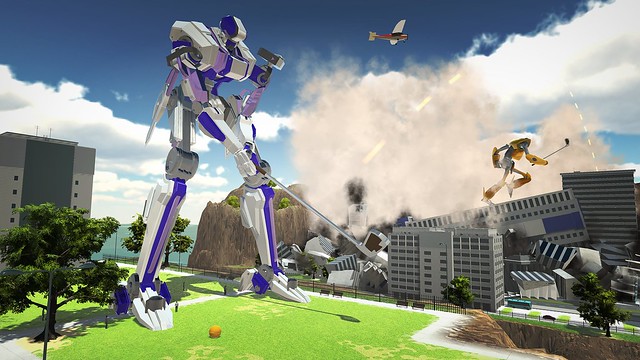 The game thrives on 90's style mecha animation, though instead of setting off on a noble quest the save the universe, you'll all but obliterate its inhabitants and worlds while trying to "sink a birdie on the 18th hole."

Control your robot in real time to destroy obstacles or foil your opponents by placing said obstacles in their way instead. The game supports up to four players by either taking turns, utilizing a splitscreen, or booting up the experience online. For solo play, a special campaign mode tells the story of the world's most famous robot golfers. You know who I'm talking about. Everybody's heard of them.

4. Psychonauts in the Rhombus of Ruin from Double Fine

Psychonauts in the Rhombus of Ruin picks up where Psychonauts left off. This tale concentrates on the rescue mission for Lili's father, the Grand Head of the Psychonauts Truman Zanotto, and appears to be a PlayStation VR exclusive. The title is meant to act as a bridge between the first installment and a sequel, which is still unofficial but a definite goal of the Double Fine team.

The difficult-to-describe game Rez from 2001 returns with a bang for PlayStation VR. The game caused a divide between the fans who had no idea what was going on and others who adored what they called revolutionary and visionary gameplay ahead of its time. Tetsuya Mizuguchi explains the team's move to a revamped Rez experience:

Now, almost 15 years later, it feels like the perfect time to introduce our game to a whole new generation of PlayStation hardware, and to a new generation of gamers, who I know are more open to experiences that don’t fit the traditional molds (and with today’s more flexible game pricing at retail and online, at a price that we can all feel good about). 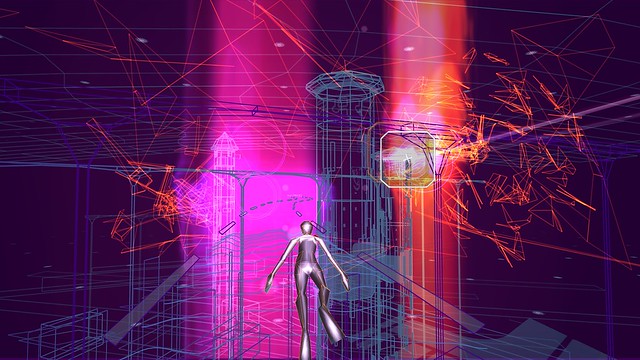 With modern technology and graphics, Mizuguchi hopes that Rez Infinite will make players forget they're in a game, instead letting "the real world melt away into a swirl of incredible sights and sounds that could only ever exist in your imagination." 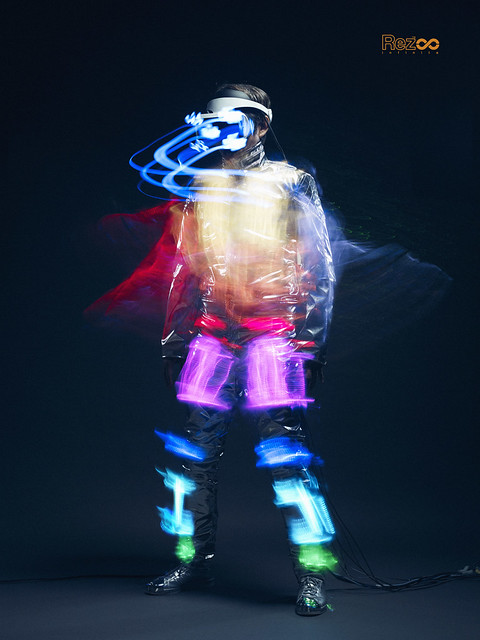 Rez Infinite relies on the intense feelings of the player for a well-rounded and truly unique experience.

The latest installment in the Ace Combat franchise comes to PlayStation VR as an exclusive. This dogfighting series clocks in at 23 years old with its last title, Ace Combat Infinity, released in 2014 to PlayStation 3 only.

Ace Combat 7's trailer starts out with heavy, likely terrified breathing high in the clouds. These graphics quickly rise to the top of the virtual reality announcements PSX dished out. Fans witness dynamics ideal for a virtual reality experience, complete with raised tensions and heartpounding action. The suicidal leap of faith and flurry of missiles at the end of the trailer speak for themselves.

Have you ever, oh I don't know, wanted to prance around your office like a complete loon, hurling coffee mugs and shooting staples about haphazardly? Well here's your chance, or at least your virtual reality one. Job Simulator provides a healthy outlet for your workplace woes without resulting in a swift case of job termination.

This title will launch alongside PlayStation VR. The game bases itself in a future where robots have replaced humans in all jobs. Job Simulator exists to remind humans of the glory of the workplace experience, allowing them "to job" as a gourmet chef, an office worker, a convenience store clerk, and more.

PS Move controllers track the movements of both hands so players can manipulate the environment. In addition to this interactive mechanic, the PlayStation Camera encourages players to physically move about the room in front of their TV with its own space tracking. A realistic and smooth physics system clears the path to hilarity and good-natured fun in rich environments with plenty to explore.

Highwire Games' first title as an independent studio will launch as a PlayStation VR exclusive. Golem takes a fantastical concept and relates it to modern hardware.

Jaime Griesemer admits that coming up with a way to show off what the title had to offer proved difficult, but the end result satisfied the development team and audiences alike. The trailer takes viewers on a short journey, showcasing the golem and its controller as two separate characters in honor of more traditional trailer techniques. Highwire Games encourages fans to put themselves into the shoes of the human in order to imagine what controlling a Golem might be like with a headset.

The girl's fluid gestures and broad arm movements imply use of the PS Move Controllers utilized by other VR titles, but that mechanic hasn't been officially confirmed. The game aims to communicate a sense of power and presence, along with real dread, bodily danger, and anticipation as players experience the transportive qualities of virtual reality.

Do you plan on saving up for a PlayStation VR headset? Are there any games in particular you're excited to try? How do you feel about the direction of video games following the course of technological advances? Take part in web-reality and let us know!