How a game series' fandom is more popular than the game

TL,DR: Touhou, a world where forgotten mythological beast became kawaii girls and the fandom has higher popularity than the origin game series. However, the fandom and the origin bullet hell games are interconnected for each others' popularity.
by StratGamer48

Touhou Project is a 2-D, third person shooting bullet hell game series. ZUN, the developer of Touhou, released its first game Highly Responsive to Prayers in 1996 in Japan on the PC-98 platform. Since the sixth game, Embodiment of Scarlet Devil, all of the games are released on PC.   Gensukyo is the world where the game takes place. In Japanese, it means "imaginary land", a world for forgotten objects from the outside world (the world we live in). Its characters are mostly less well known Japanese mythological monsters. After entering Gensukyo, most of these youkai (Japanese monsters) become cute looking anime girls.

As many different varieties of youkai enter Gensukyo as a new series is created, the demographic and population increase inspires the fandom to create more content. However, I can't cover all of them in one post so I will write articles on the background stories and the characters in these games at a later point.  Here's the list of youkai introduced over the eight games of the Gensukyo series. (Sorry if I missed out your favorite one but these do bring a lot of new youkai.)

1. Embodiment of Scarlet Devil -- Vampires, a maid with abilities to stop time, a magician, a door guardian beast, and faeries.  This is the only work piece featuring Western mythological creatures and has the most popular theme song according to Touhou Popularity Polls. 3. Subterranean Animism -- Satori (youkai with ability to see through human thoughts, a cat that carry dead bodies, a raven that wields nuclear power, a super-strength ghost, and various hell residents).  This is the game that opened the underworld 4. Mountain of Faith -- Two ancient goddess who lost followers in reality, demi-goddess, a youkai reporter and guardians, mechanical engineer kappa, the goddess of unfortunate, and twin lesser goddesses of harvest. This one is like a Pantheon with the amount of divine population.

5. Undefined Fantastic Object -- A reincarnated Buddhist saint (like Buddhist Jesus), an ancient alien,  youkai Buddhists, and a forgotten umbrella. Following this pattern, there are also a mechanical engineer and nuclear power. ZUN proved that we can mix fantasy with sci-fi. 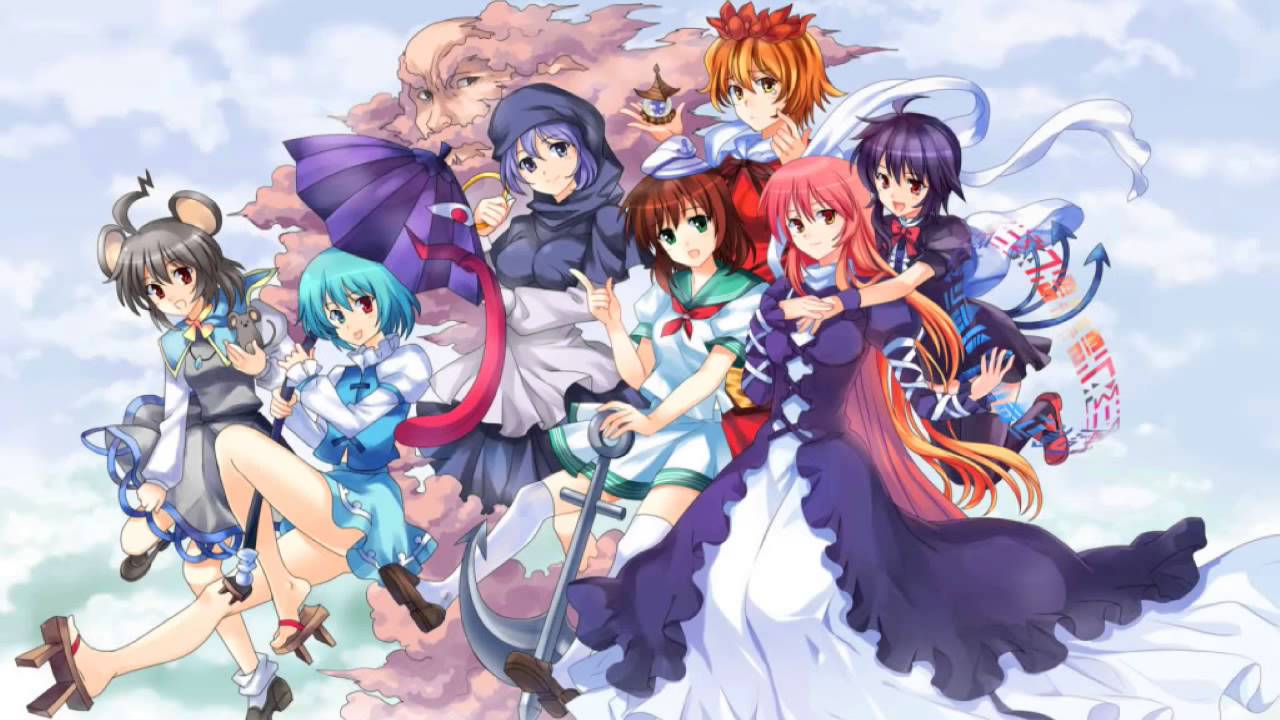 6. Ten Desires -- Taoism immortals which returned to life. They were actually ancient nobles who seek immortality. And, of course, there are more alien and a Chinese zombie

7.Double Dealing Characters -- commoner peasant youkai in the youkai world such as mermaid, werewolf, musical instrument youkai, head-flying (like the Eastern version of Dullahan), a ghost troll that can reverse anything and a mini-human 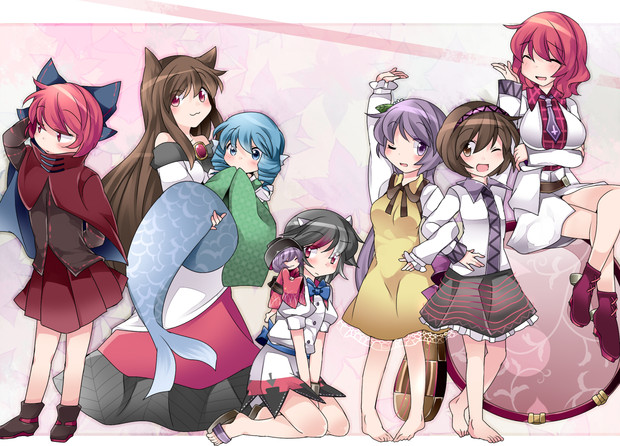 8. Legacy of Lunatic Kingdom -- More elite moon rabbit, USA flag on moon, a bad mouth, a divine spirit with lots of wrath, and the goddess of hell.  The latest released game is Legacy of Lunatic Kingdom, which released in April 2015. It is a perfect combination of sci-fi and classic fantasy because it involves magic, spaceships, the American moon-landing, and divine beings.

Besides bullet hell shooting games, there are fighting games such as Scarlet Weather Rhapsody and Urban Legend of Limbo.

With such an interesting background setting, fans started to create fan-fictions, remix original soundtracks, and create art for the characters. Some of them even have consent from ZUN himself to make money off of their doujin products such as books, figurines, paintings and waifu pillows.

Screenshot of one of the official Touhou games, Mountain of Faith which the main character Reimu is facing the fifth stage boss, Sanae.

In my observation on the fandom, Touhou's success is from doujin (fan-made content), such as music, images, fictions and even games. At the same time, as most of the doujin products are free, they are more easily spread around the Internet. Since the release of Embodiment of Scarlet Devil, Touhou has gained popularity on the Internet via doujin creations.