The Best Game of All Time

Does a 'Best Game Ever' exist? If so, we're probably looking in the wrong places.
by Rettsu Dansu

Kotaku writer Mark Serrels made an article the other day titled 'Tetris is Not the Best Game of All Time' in an opinionated response to Time Magazine's placement of Tetris in number one of their Top 50 games of all time.

Serrels goes into explaining how Tetris is the obvious choice, it doesn't change anything, it doesn't show what games can be, it is "the safe choice that puts video games in the cultural corner with a dunce cap on, where it belongs." This made me, like most other readers, question what the best game of all time really was, but it also made me think about whether one truly exists.

At the end of last year, GameFAQs allowed users to vote for their best game ever, whichever game got the most votes came out on top, a pretty simple way of creating a general consensus on a favourite game.

As anyone could have foreseen, the final result aggravated people that didn't vote for it. However, in this case I feel that they might have been justified.

You see, the winner this year was Undertale, the immensely popular indie title that came out a couple of weeks before the GameFAQs vote.

And that's precisely the problem

Now obviously a bunch of people were annoyed because they wanted their favourite game on top, but others were frustrated for a different reason, and that's that the game had just come out.

Undertale is a great game, don't get me wrong, but who's to say that it can be the best game of all time, within a couple weeks of its release?

There's two reasons for this, the first is that some people might not have even been done with the game at the time of voting, some people might have just voted for it because they hadn't have time to digest what they had just experienced; they were still riding the waves of excitement the game generated.

But what's even more important, is that how can we compare Undertale to games like Ocarina of Time, Dark Souls, or Symphony of the Night? Games that have a legacy, have stood the test of time. Games that innovated the genres they belong to and changed the way we think about them.

It's impossible to say whether or not Undertale has done this, in fact I would go so far to say that it probably hasn't. Because of the nature of Undertale, it probably won't inspire any more games like it, because if it did, Undertale fans would probably put it down as a trying too hard to replicate the game they love.

It's also debatable whether Undertale is a perfect game, it's definitely an amazing experience, with superbly written characters and events, and that's what it's true focus is on. Whether or not Undertale is a truly great game is up to opinion, whether or not you think plot is a massive priority in games, but that's a story for another time.

This, however, questions are idea of what determines the 'Best Game Ever'

The obvious choice would be a game that plays perfectly, solid gameplay, perfectly executed, and perhaps has an immersive and engrossing story, but above all it should be better than any other game before it.

But what game does that? A lot of people seem to think Mass Effect 2, but in my opinion the first game has better gameplay, sure the story isn't as good, but I myself focus more on how fun the game itself is. But then again if we're talking gameplay, I would probably prefer something like Bloodborne, not as much story, but certainly deeper combat, and faster to boot.

But if we're talking story, well I'd say I prefer Persona 4, it's got incredibly deep and well written characters, and a plot that's all about looking into those characters and finding more about them.

Hang on though, because I've spent so much time on Super Smash Bros. Melee, more than any other game, plus it's given me so many fun experiences, and I've made a lot of friends through it's community, doesn't that make it the best game ever?

The thing is, no one can say for sure what the best game ever is in that retrospect, (which is where I actually agree with Mark Serrels' article) because so much is up to opinion. A lot of people prefer shooter gameplay over gameplay like Bloodborne's, or The Last of Us' story over Persona 4's, or Smash 4 over Melee.

If anyone said any one game was the best, there would be at least a thousand people who preferred another game over it, and at least a hundred who didn't even enjoy that game at all.

I'd say, it's impossible to determine the best game ever this way, unless a game came out that every single person unanimously loved and thought was the best, considering everyone's differing tastes, that game seems like a fantasy.

However, we could still determine 'the best', we just need to look at games differently.

Some ways we can measure the best

The way in which you look for the 'best game of all time' is also up to opinion.

For instance, you could look at games that still hold up today, games like Mario 3, Super Metroid, or Megaman X. Games like these are so well developed in areas like graphics and design that they are still challenging, deep and visually appealing today, and will most likely be so in the future. Even if people don't particularly like some of these games, it's hard to deny that they play a lot better than most games of the time. However, I would say that the best game would be one of those games I mentioned before, those with a legacy that provided innovative mechanics to pave the way for those to be improved and utilised in other games, or those that inspired other games in the future. Games that have indirectly provided millions of people with fun experiences, simply by providing the mechanics that other great games have used.

Consider Ocarina of Time, which provided Z-Targeting to allow combat in a 3D space, or even the original Zelda which arguably 'created' open world games. There's also genre-creating games like Castlevania and Metroid, providing the metroidvania formula used in games like Dark Souls, or even the Batman Arkham games (best shown in Asylum).

These games aren't particularly the best, they may not have aged well. It could be argued that some games have done what they did but better, but that's the point.

It's hard to deny that the game that inspired the most games -- especially if those turned out to be some of the greatest -- would be the 'The Best Game of All Time.' A true pioneer for the medium, a master class of game design that many great games could be traced back to. One that games could not have been as great without.

And what game is this? Well I don't really know. To be honest it would require a lot of data and calculation that I'm not capable for doing.

But let's reel it back a bit. If we wanted to choose a game simply on how fun it is to play in this day and age, could we do that? Possibly.

To choose a game this way, we need to think about it like this: it doesn't need to be a game that everybody loves, but one that nobody hates. We need to focus on that final result, when people see that number one spot, we need as many people as possible to look at it and go "sure, I can get down with that."

A game with no obvious flaws, that succeeds at exactly what it tries to do, but doesn't try to do too much. Perhaps even one that has encompassed everything that I've said so far. Does that game exist? I think so.

And that game: is Tetris. 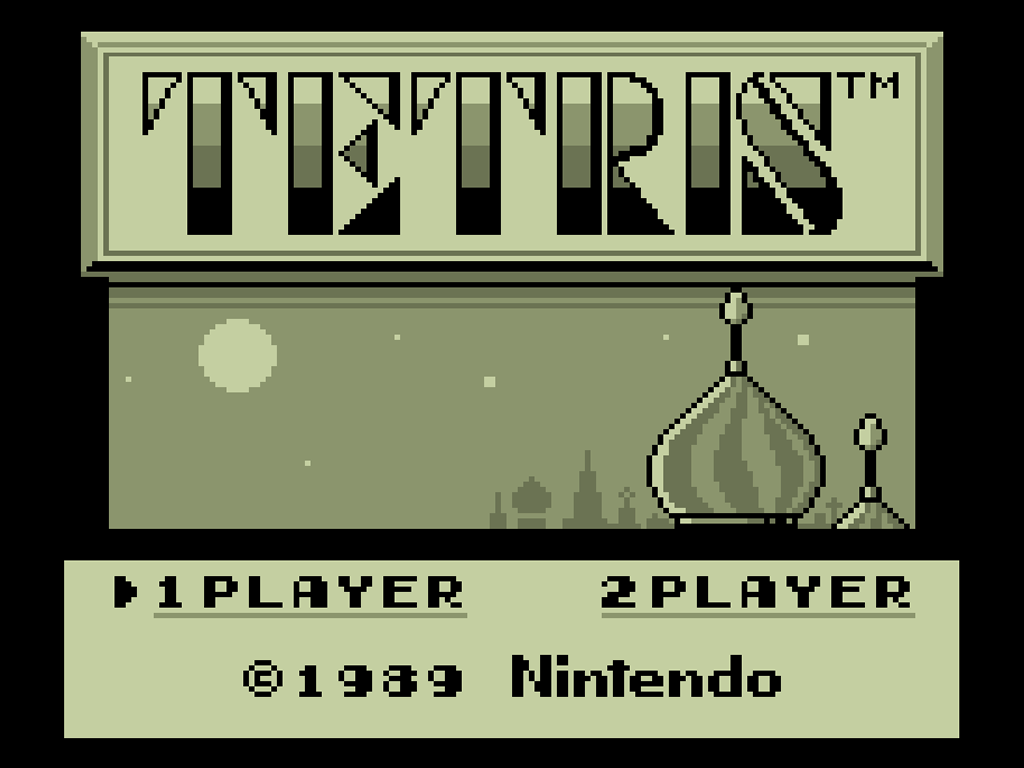 You see, no one hates Tetris, it's no one's favourite game, but no one can say there's anything wrong with it. I haven't seen a single person play Tetris and not enjoy it even a little. Maybe they won't play it for hours on end, but they'll still enjoy the time they had on it. Add the fact that even people who don't play many games enjoy Tetris, it succeeds where many games don't.

If Tetris were anything more, if it were any deeper or had any additions, it would begin to move into a territory of genres in which some people might like, but others won't. It's in an area of simplicity that it appeals to casual gamers, but it is done so well that it appeals to the mainstream as well.

It may not show what games can be, it doesn't have an immersive plot or deep gameplay, but it is a perfect lesson in design. It relies on a single, simple idea, but it's addictive and fun without anything else. It puts games like Candy Crush, that rely on other methods than gameplay to addict, to shame. It doesn't try as hard, or have the same budget as many triple A games today, but it doesn't need constant sequels to still be relevant -- even though EA seems to think it does.

I can definitely understand Serrels' frustration with where Tetris was placed in Time Magazine, it's in a position where it is a representation of what games can be to a demographic of people who usually dismiss them. Where a game like Mass Effect or Dark souls could prove games to be a respectable medium, or even an art, Tetris just confirms their views on games as a pastime. But when considering a game that appeals to the most people, stands the test of time -- even with massive technological advances --, and is just an enjoyable experience, Tetris might just be worthy of that title.

Sometimes the obvious choice, is the right choice. 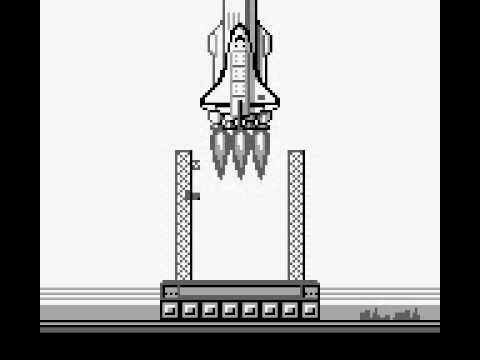 Writing articles to improve in analysing game design, would love to hear your feedback