Let The Licht Shine In as Lichtspeer Nears Release

Lichtspeer, deriving its name from a combination of spear and lightsaber, prides itself on being silly, over-the-top, and outrageously goofy. It will be available in the next few weeks for the PlayStation 4 and PS Vita as a digital download from the PlayStation Store.

Slated for a release in September, Lichtspeer pushes its players to survive the oncoming barrage of characters such as "Wurst Zombies", "Evil Spacedwarfs" and "Mechaturtles", in addition to a healthy serving of massive (quite literally) bosses. 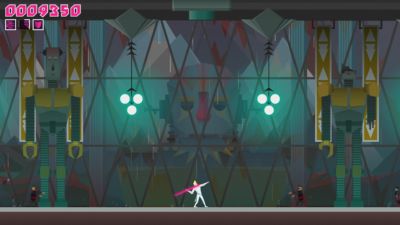 Points, however, are going to be crucial towards powering up the player's hero, upgrading the spear into either a hammer or various other abilities like summoning a rain of spears.

Lichtund even has a game mode for players who find the game too tame: Rage Quit Mode. It test the limits of the anyone brave enough to fight the onslaught of quirky creatures and hordes of underlings. A "New Games Plus" mode will be available as well for people wanting to restart the game...with all the weapons they have acquired throughout their last play through.