Riot Says They Aren't Making Any More Games...But Is That True?

Riot doesn't want to put any new games in the works. Except they already have....
by Joshua Harris

League of Legends, the brainchild of Riot co-founders Brandon Beck and Marc Merrill, hit a major milestone recently -- amassing over 100 million players per month. Until this announcement, a lack of news from executives had players assuming Riot's golden goose had been in decline. But that apparently isn't the case.

In January of 2014, League of Legends boasted an astonishing 67 million players monthly and 27 million daily. Riot's reluctance to announce either their player count or earnings, however, cast doubt on the credibility of their data. This can be chalked up to Beck and Merrill's distaste in discussing numbers, but to do so only works against their favor. 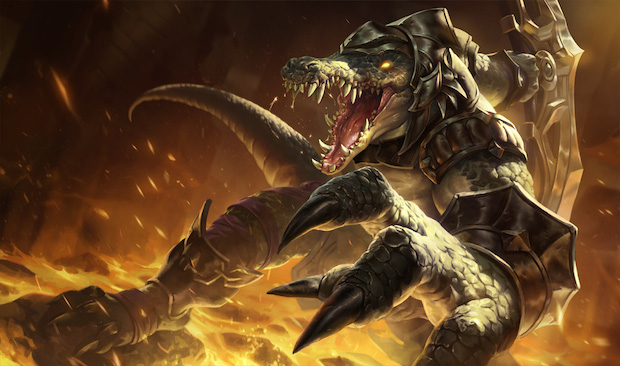 But, secrecy or not, League's astonishing popularity and continued success shows that withholding player numbers or earnings have no influence on how well they are doing. The MOBA mogul puts Dota 2, Activision, and even Blizzard to shame. In terms of monthly players, Activision brings in 55 million, while Overwatch and Dota 2 bring in anywhere between 10-15 million monthly players.

One factor that should be considered, though, is that these franchises such as those under the umbrella of Activision or Overwatch are not free to play, whereas League's appeal lies in its ability to draw in players with free gameplay. With the continued success if Riot's MOBA giant, it appears that League of Legends has bright future -- or so it would seem.

Riot's early investor, Rick Hetizmann, remembered how Merrill had compared the big wigs of gaming to Disneyland, comparing their ability to produce new games every year with Disney's compulsory need to construct new attractions. Working with less money forced Riot to build upon their strengths and emphasize the aspects of League that worked best with the gameplay and community.

However well this strategy worked, it left the developer open to criticism on whether or not they wasted money by not seizing the opportunity to market any more games. Beck alluded that he would rather further develop League, implying that it is far from being a finished product. Releasing a new game, however, steadily increases the chances of disrupting the symbiotic relationship Riot shares with its consumers.

But in spite of claims that no other games are on the docket, Riot does have something in the works.

However all that changed Monday when Shutupandsitdown, a board gaming website, posted a leak announcing that Riot has been working on a board game called Mechs vs Minions that will be ready to ship in a few months. Since the initial posting, it looks like the editors have taken it upon themselves to remove any and all information referencing Riot's new venture.

It appears that Mechs vs. Minions will be a four player co-op where each player will program robots that will rampage through a crowd of tiny warriors who are hell-bent on killing you. According to the now defunct article, the game should run players around $80. iDigitalTimes did manage to rip some of the cached information into an imgur gallery, which show off some snazzy dice, special cards, and a particularly riled up Heimerdinger riding a robot.

Mechs vs. Minions domains are also being snagged up by MarkMoniter, a domain management and protection service that has also worked with Riot in the past when they locked down the primary League url in 2010 along with a few eSports related domains in 2013.