The Titanfall franchise returns for its second entry. Get to know the mechs you will encounter in the battlefield
by Caio Sampaio

Since I was a child, I had the dream of climbing onboard a robot to crush invading forces. Little did I know I would indeed have this opportunity one day. When Respawn Entertainment and Electronic Arts (EA) released Titanfall on March 11th, 2014, I was able to live my childhood reverie.

The community of the game crowded the servers at day one, but dwindled significantly over time.  One of the biggest reasons for this exodus was the fact that the game only featured three different Titans, with little diversity between them -- making it difficult for players to find a style that suited their play.

Developers attempted to fix this issue in Titanfall 2 and one of the measures they took was adding more mechs for players to choose from when the game comes out this Friday, October 28th. Now, as the release of the second installment of the franchise draws near, we look at its Titans and how each one will influence your gameplay experience.

The sniper of the group. Equipped with a Plasma Railgun, this mech suits the style of those who wish to play strategically, eliminating enemies with a single well-placed shot. Unlike snipers in FPS games like Battlefield, the fast paced nature of the Titanfall franchise does not allow players to stay in a single location for a long time, meaning the players must stay on the run as often as possible.

Locomotion is facilitated, as Northstar gives players the ability to take off vertically and hover through the air -- which combined with theater traps and cluster missiles, can mean death from above to your enemies.

Featuring attacks that deliver strong bursts of damage, but have a slow rate of fire, this mech is ideal for players who want the challenge of playing strategically, planning movements and attacks, whilst having no room for error. By the time players have the chance to deliver a second shot, they will probably be dead.

Keep your friends close and your enemies closer. That is the premise behind this Titan. Equipped with a shotgun, this close-quarters gladiator is the opposite of Northstar. It delivers deadly attacks when near foes, but it fails to be a menace at a distance due to the lack of precision and range of its gun.

This mech relies on a sword as a secondary weapon, which players can use for melee attacks and for blocking incoming fire from opponents. Another feature of this item is the "arc wave" attack, which allows players to swipe their swords on the ground -- creating an electrostatic discharge that damages and slows those around the mech.

Burn your enemies down with the Titan that unleashes hell in the battlefield. Equipped with a thermite launcher, this mech fires thermal projectiles that set everything in its vicinity on fire, causing damage to several enemies at once. The burning ashes, however, do not stop at the barrel of its rifle.

This heavy-hitter also features a thermal firewall that acts as a shield, protecting the player and inflicting damage on nearby enemies. As a special attack, players can create a firewall and send it towards the opposing team.

While all of this may sound like mayhem, this mech also features the possibility of a strategic approach. Players can deploy flammable gas canisters that will be exploded by the slightest spark. Ideal for creating traps.

Leeroy Jenkins was an avatar created on World of Warcraft, and he was immortalized once his user ran into a cave full of high-level monsters, while yelling the name of his character. He killed himself and his team in the process. Using Legion as your Titan, you will have the chance of performing a similar stunt -- but with a happier ending.

Wielding a powerful minigun, with the option of switching between close range and long range precision rounds, this mech is ideal for players who do not wish to think much about creating a strategy. You can plan your moves as you go and pull a "Leeroy Jenkins" on the battlefield, because your weapon automatically locks on any enemy within range.

The special attack of this mech comes in two forms. For the short-range mode, firing the minigun knocks back nearby enemies. While in long-range mode, the bullet causes damage to the Titans in its path, leaving a trace of destruction behind.

After burning your enemies to ashes, it is time to summon a thundering storm in battle. Using an energy rifle, players can use this mech's special ability to cut through anything and anyone who stands in their path. Those who attempt to follow it may fall victim of its laser-triggered explosive mines, which players can deploy in the map.

As a defensive mechanism, this mech uses the power of electricity to create a vortex shield, which can absorb incoming bullets and send them back to the enemies.

Last but not least comes the Titan that combines a tank and a mech. Players can blast through their enemies with the 40mm cannon that features explosive rounds and partial lock-on, while using a sonar to detect enemies nearby. There will be nowhere to hide.

Its special attack consists of shooting fully locked-on missiles. Its shield allows players to resist damage and shoot through the particle wall in front of them.

In a game with six different classes, each one has its own strengths and weaknesses -- but they all are complementary to each other. Working together and combining forces will be the decisive element that determines which team will thrive and which one will fall in the battlefield.

Collaborate with a friend as you travel through the maps of Titanfall 2 and become the ultimate dynamic duo. As Saren said in Mass Effect: "the strengths of both, the weakness of neither."

Here are three Titan combinations you'll want to try with a friend when you start playing.

Despite delivering long-ranged deadly shots, the rifle Northstar wields takes few moments before another projectile is ready to go. If players miss the shot, these instants between one attack and the other can culminate in the death of the player.

This is the opportunity for Scorch to shine, as it can use its medium-ranged attacks and its ability to damage several foes at once, thus serving as a back up to defend Northstar.

With its shotgun, Ronin is almost unstoppable when facing one enemy at a time in a close quarters situation. But due to the delay between each shot, it may be a sitting duck against several foes.

This is where Legion comes into play. Using its shield, this Titan can cover Ronin and send bullets back at the enemies, thus reducing the number of opponents Ronin may have to focus on at a single time.

Tone features a shield players can shoot through. But most importantly, it is equipped with a sonar that lets players detect nearby enemies. If Tone and Legion charge towards conflict, with the former marching in front of the latter, Tone will know where enemies are and will choose the best course of action, as Legion follows.

With the strategic guidance of Tone marching in front, as Legion uses the force of its minigun to blast the enemies, this duo is a force to be reckoned with. What does the future hold?

The Titanfall developers certainly faced many challenges when designing this game -- and one them was ensuring it provides a balanced gameplay experience to its players. There cannot be a dominant strategy for users to pick. Analyzing each Titan shows that they are complementary to each other, and this is a good indication that the game is balanced -- at least moreso than the original.

The design of the Titans, however, is not the only factor that dictates whether the game is balanced or not, as level design also plays a crucial role. It is important to craft a map in which there is room for each mech to use its skills efficiently, rather that be long, medium or short-ranged attacks. A prime example is the Noshar Canal level featured in Battlefield 3. 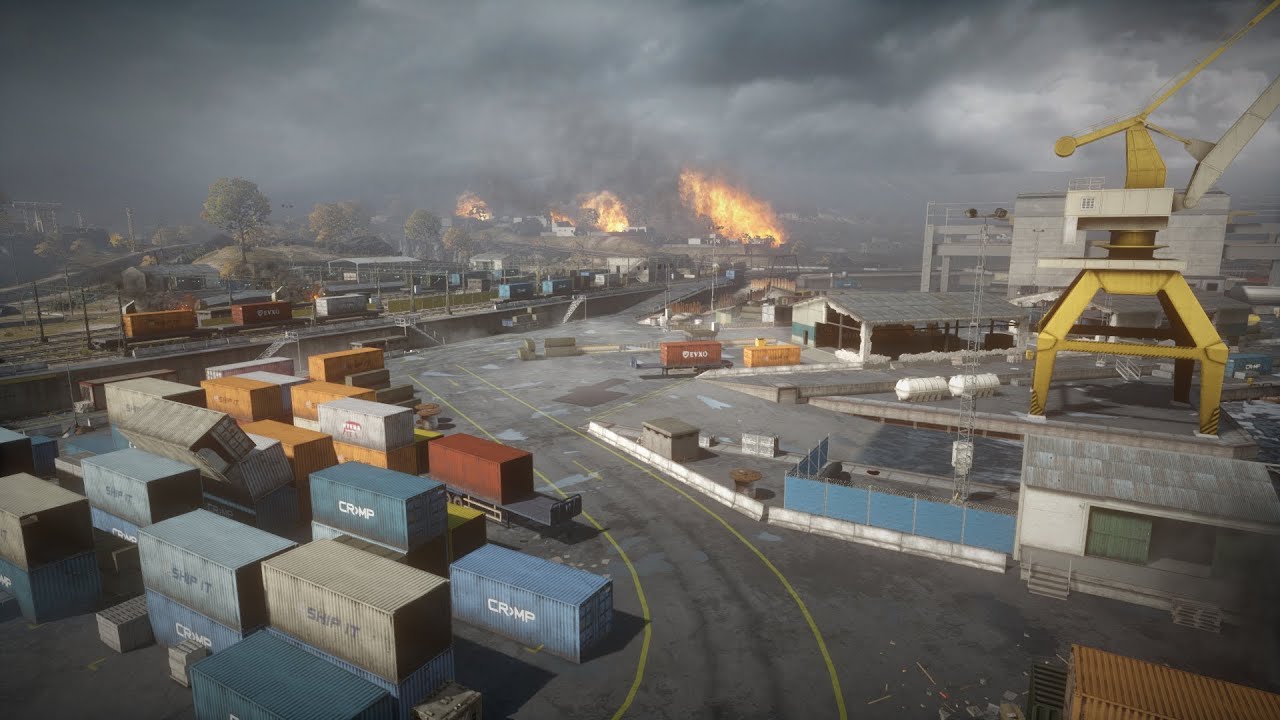 There is a section of the map dedicated to each style the players may prefer, as seen in the picture above. For close quarters action, they can venture themselves through the containers, while others may run through the center of the image, in order to engage in a medium-ranged combat. Players who prefer to snipe can climb on the crane or move to the railroad. This type of "one size fits all" approach is what the team behind Titanfall 2 should aim for, in order to ensure that every class in the game will be able to shine.

The "Angel City" level featured in the first game of the franchise has been confirmed for the sequel. And considering how it allowed players to follow different modus operandi, this bodes well for the future of this production.

If developers at EA and Respawn Entertainment manage to deliver a balanced experience, through the classes of the Titans and the level design, Titanfall 2 will be a must-play for every player who enjoys first person shooters.

Whether the game will live up to the expectations, remains to be seen, but we will find out today when it becomes available for the PC, PlayStation 4 and Xbox One.