Elder Scrolls Online is a different game now, mostly because of one important difference from other MMOs.
by Synzer

The Elder Scrolls series is huge. When Bethesda announced an MMO, there was a lot of interest. There were mixed feeling before the game even came out, ranging from extreme excitement to full anticipation that it would fail.

The launch of the game, and the weeks after, wasn't that great. Many people were expecting a different game and the bugs/glitches were many. It became the only game in a very long time that I stopped playing solely because of bugs and glitches.

There are things that Elder Scrolls does right and after dropping subscriptions in favor of a Free to Play model, the game became more appealing. I want to go over how ESO was at launch, how it is now and the differences between the game not that it's Free to Play (F2P) instead of Pay to Play (P2P).

When ESO launched there were mixed feelings. Many people were happy to have an Elder Scrolls game they could play with others. Some people thought it was a generic MMO and had been expecting the game to be exactly like Skyrim, but online.

A game this size can't live up to the hype, but let me go over the biggest flaw on launch: the overwhelming amount of bugs.

I couldn't go up simple stairs on a mount most of the time because I would fall through the floor and be stuck between this world and the next. Many quests and enemies were glitched, making it impossible to complete some quests. 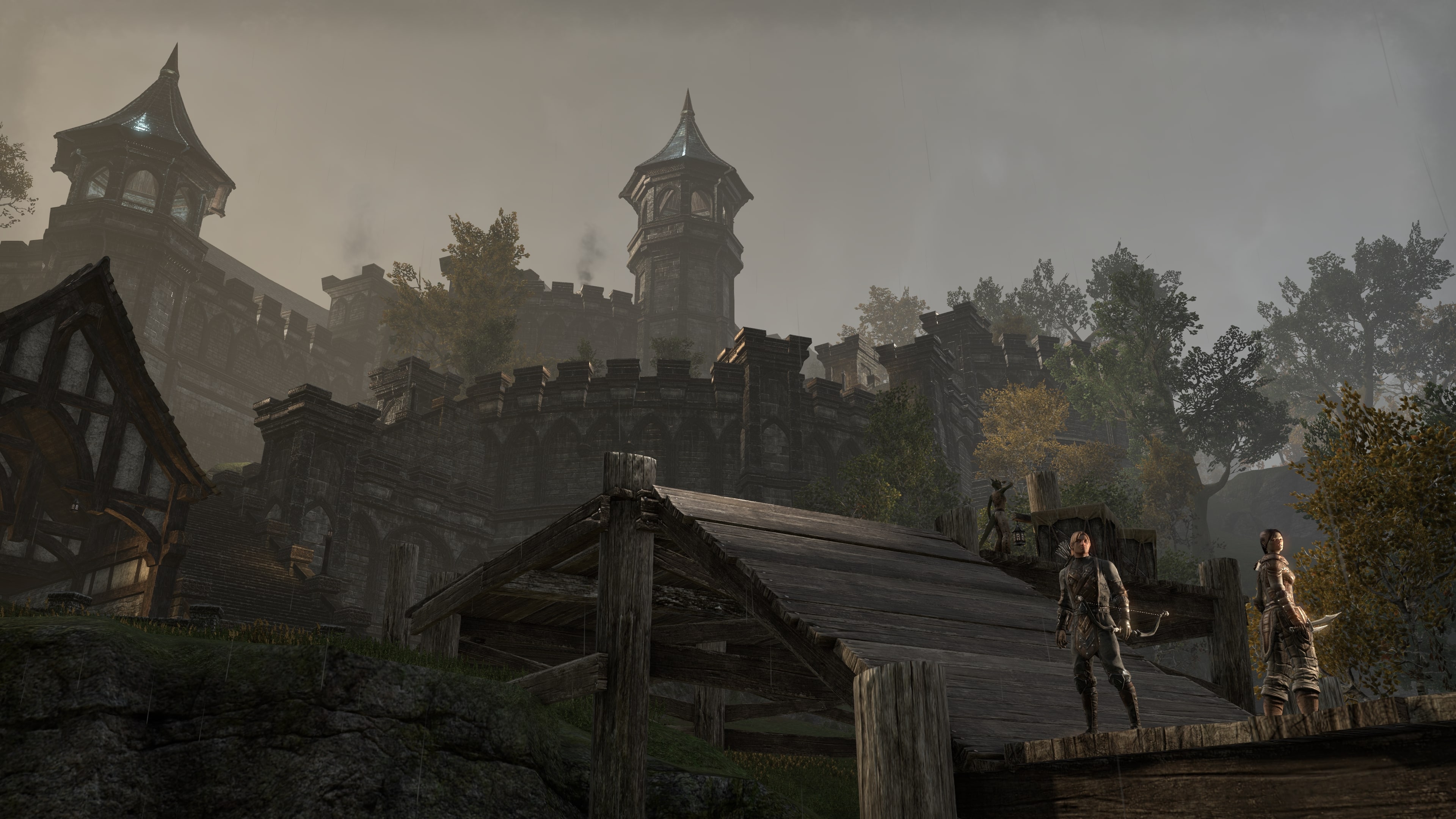 This picture reminds me of the many ways I could fall through the world.

The biggest problem for me was getting to one of the last main story quests and not being able to complete it because of a glitch. This came after being in a dungeon for almost 2 hours only to have a party member drop at the end; with the issues in group finder, we couldn't get anyone else to join, so we had wasted all that time.

The combination constant frustrations caused me to shelve the game for a time, but the developers knew there were problems and worked to fix them.

Unlike most games, you can still access all the game if you don't subscribe. A subscription just gives you faster leveling and progression. It is also important to point out that the game did not go free-to-play. You still have to buy the game to play ESO. You just don't have to pay a subscription fee.

Most of the glitches, or at least the game-breaking ones, were fixed. Many character and gameplay fixes were performed as well. There is too much to list here, so if you've played at launch and want to know what changed, here's a link to patch notes on the official website.

The differences between F2P, B2P, and Subscription-based

ESO did something different from most games that go free-to-play. It is important to point out that the game did not go entirely free-to-play. You still have to buy the game to play ESO. You just don't have to pay a subscription fee. This is called buy-to-play. 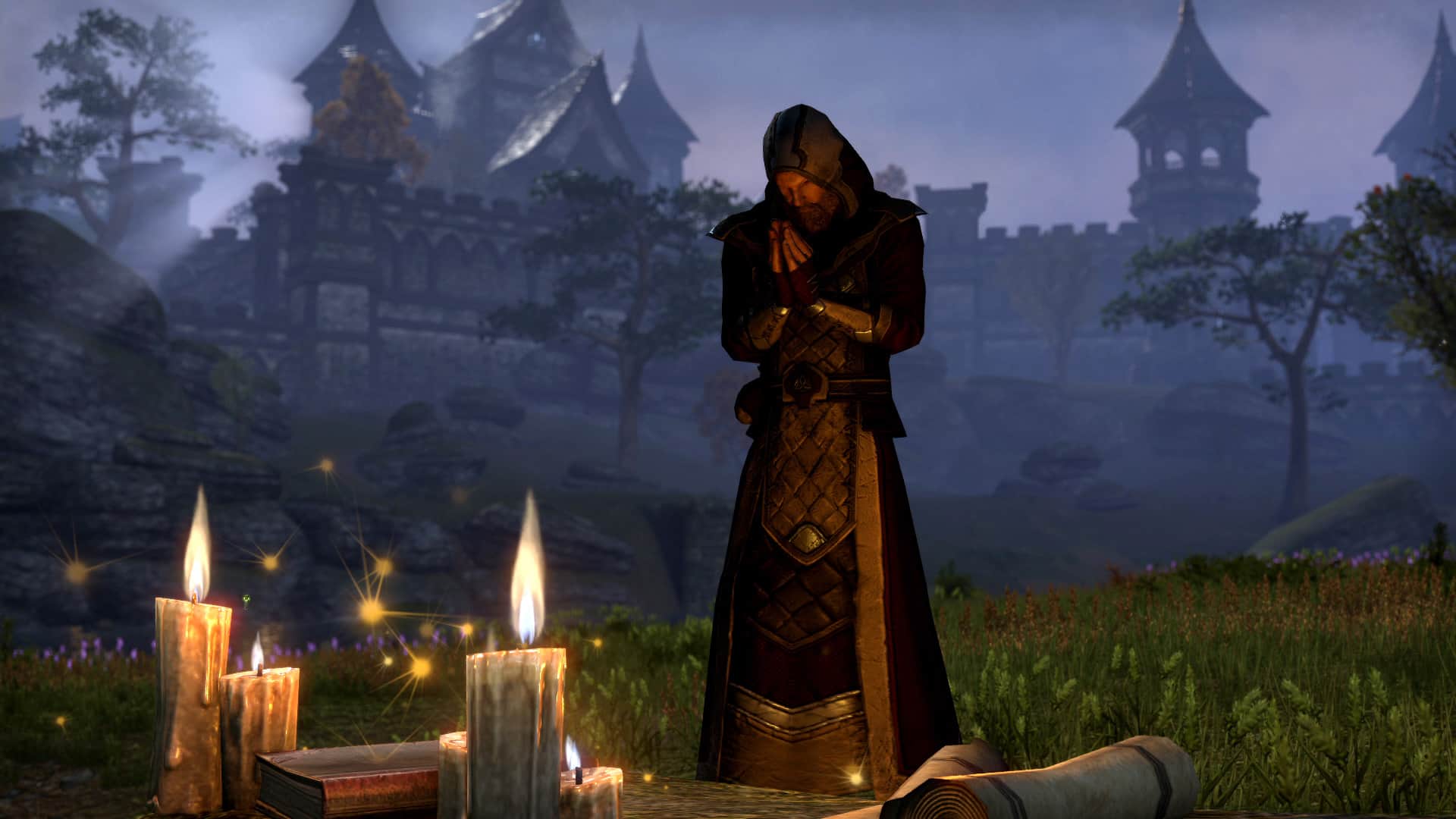 How I looked giving thanks to the new version of ESO.

This is a big part of why you can enjoy the game without subscribing. Some games go F2P, which allows anyone to download the game and play without spending anything. The game still must bring in money, so they put a lot of things on the in-game shop and give huge bonuses when you subscribe.

This often makes it cheaper to just subscribe then pay for everything separately. Many times, F2P games also give unfair advantages for buying things, so the players that spend money get better things than those that do not.

You still have to buy the game in B2P, Guild Wars also uses this model, the developers still gets money without the extra subscription or in-game shop. The benefits are good enough to entice players to subscribe, but not required if they want to enjoy the game.

Subscription-based games have no benefit for subscribing other than being able to play the game. I feel like this model should/will go away soon and use the B2P, not F2P, model.

Overall, ESO is a good example of what a game is like when it requires subscription and when it only requires a base game purchase. Much has changed since the game launched, mostly for the better, and I think anyone that played or was curious about this game, should give it a second look.