Some oldies but and goodies and soon to be released!
by ThatRainbowThing

Resident Evil 7: Biohazard is a new survival horror game that came out in February 2017. As a first person type game you play a man named Ethan, who got a message from his wife after she had been missing for 3 years prior. In the meantime you have to fight a biochemically engineered family and other monstrous creatures.

If you've already played this game and enjoyed it profusely then you'll have a blast playing these 5 games that will blow your survival-horror induced mind!

A third person interactive drama survival-horror, about 8 teens who go to stay in a cabin in the snowy mountains for a night. You'll play all the characters and make decisions for them which will all have consequences later on in the game. In the game they are being chased by a psychopath.

Until Dawn made this list because it stimulates your brain and you have to choose your choices carefully. The game interacts with a "butterfly effect" mechanic so your choices will really set forth your story. There are quite a few endings and each game is around 9 hours of game play. It's recommended to be played more than once.

Developed by Supermassive Games and published by Sony Computer Entertainment for PS4.

A third person survival horror game, where you play a veteran detective name Sebastian Castellanos. While investigating a brutal mass murder at a mental hospital Sebastian, and his colleagues, encounter a powerful and dark force that thrusts them in another horrifying place where they must find answers and defeat or run from terrifying creatures.

This game will melt your brain. Alot of the scenery reminds me of Resident Evil 4, and has quite alot of puzzle solving and monster fighting. The gameplay elements include scavenging and learning when to choose fight or flight. Make sure you make good use of your environment.

Developed by Tango Gameworks and published by Bethesda Softworks, the game is available on Microsoft Windows, PS3, PS4, Xbox 360, and Xbox One.

A science-fiction, first-person survival horror, You'll play as a man named Simon Jearrett. The setting starts normally and your character, who was in a previous accident and now has brain damage, has signed up for an experimental brain scan, done by a man name Dr. Munshi. You then awaken in an abandoned undersea research facility. In order to finds answers as to why Simon is there, he is contacted by a woman named Catherine Chun. But come to find out, Catherine isn't all that she seems, and neither is Simon.

SOMA made this list because like most amazing survival horror games, it really messes with your mind. This game was pretty detailed story wise but if you love intricate stories that build up more and more then you'll definitely find SOMA to your liking. The game has stealth elements and puzzle-solving.

Developed and published by Frictional Games, this game is out and ready to play! Available on Microsoft Windows, OS X, Linux, and PS4.

Playing as Amanda Ripley, daughter of Ellen Ripley, You are sent to a space station to retrieve a flight recorder from the ship that Ellen Ripley was aboard but disappeared. After arriving Amanda finds that the ship is in complete disorder and she soon finds out that she's not alone and in dangerous company.

Now I'm sure a lot of people are up to date on the story of Ellen Ripley, but this game is from her daughter's point of view is actually pretty cool. I added this game to the list because, for one, space games with survival horror elements are always the creepiest, and adding a man eating alien makes for an amazing game. The game is first person and there are elements of scavenging and finding information and clues.

Developed by Creative Assembly and Published by Sega, the game came out October of 2014 and is available on Linux, Microsoft Windows, OS X, PS3, PS4, Xbox 360, and Xbox One. 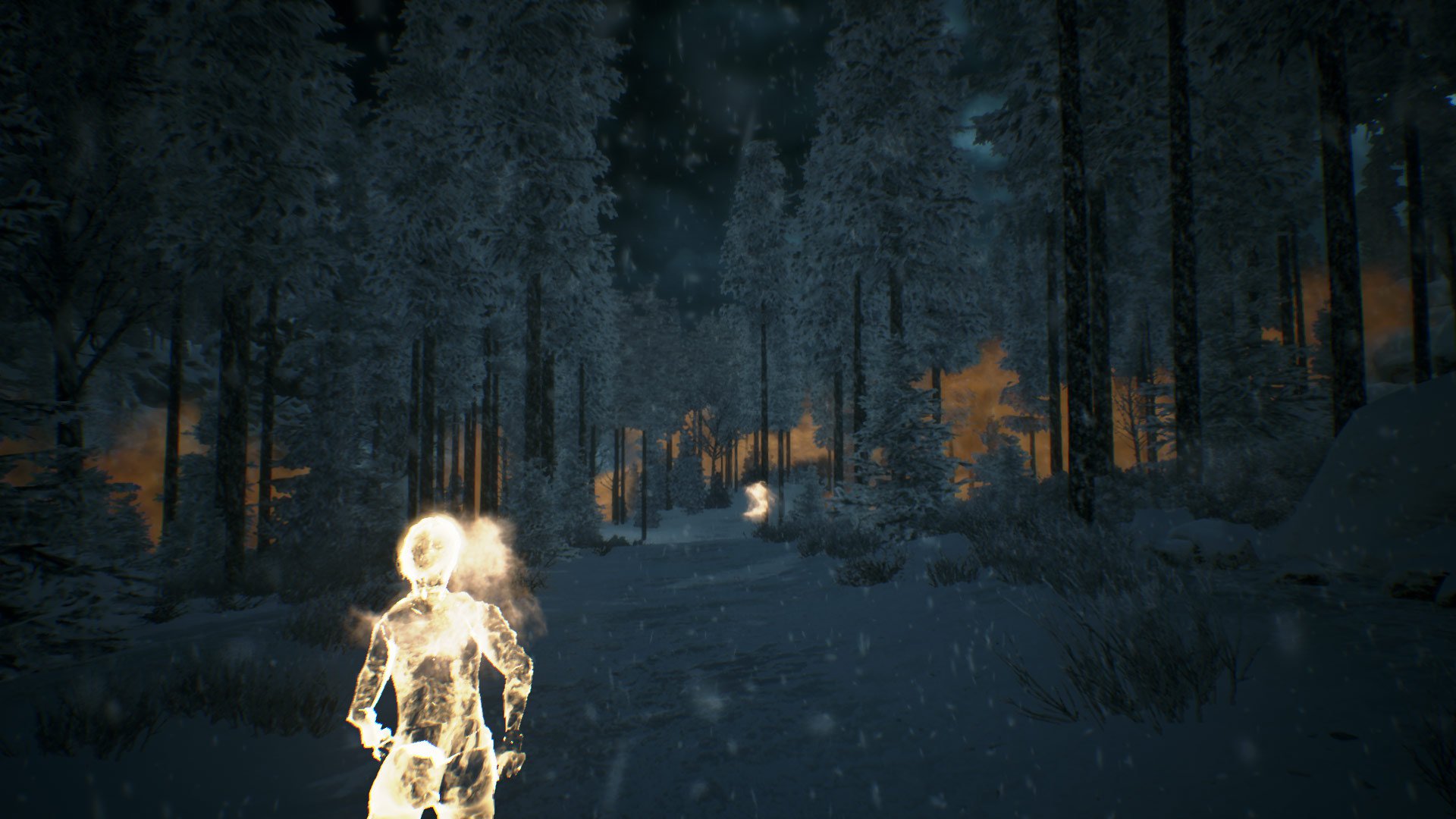 An Indie survival-horror game, that commandeers an air of mystery. The game is based on a true story called the Dyotlav Pass incident. You play a character who is following the steps of 9 college students from Russia who've gone missing in February of 1959.

Now this game is incredible, and the fact that it's based off a true story made this game all the more freaky. The details and the story just add some seriously terrifying elements. This is a game that I feel if you like survival-horror but also like wandering for details, would be good for you. A first person game with elements of story finding, and parts where you should run away.

Developed by IMGN.PRO, the game is available on Microsoft Windows and PS4.

Bonus Games To Look Forward To!!!

You play a character named Edward Pierce, who is investigating the murder of a famous artist and her family on Darkwater Island. While going through this your character will soon find he can't trust his instincts, as he discovers an awakening of the Great Old One Cthulhu.

As a game that hasn't come out quite yet I added it to this list, because it's supposed to be a psychological survival-horror game. Plus who doesn't love solving a good murder mystery with a little demonic ritual involved? This game has open world aspects with some RGP elements. I hope you guys enjoy sneaking!

Published by Focus Home Interactive and developed by Frogwares. Available for PS4, Xbox One, and Microsoft Windows and the game it set to release sometime this year.

An upcoming survival-horror that sure to sweep you off your feet. A young investigative couple are out in the Arizona desert in search of answers to the murder of a pregnant Jane Doe. Separated by a helicopter crash, you'll play as Blake Langermann whom while searching for his wife comes across a sect of deadly religious folks, who separated themselves from the world believing it's the end of days.

If you love Outlast or Outlast: Whistleblower then I'm sure you cannot wait for this arrival. This game made the list because it will be psycho to the core! Blood and gore fans that aren't afraid of the terrifying realities of what the world has to offer will approve. A first person game where you cannot fight whatsoever, but you can run and hide.

Well I hope you enjoy and look forward to the games. I think that each game will suit a different kind of survival horror fan. Whether they are blood and gore or just running to solve the mystery and escape monsters in the process. Each one is different in it's own way, but they also have something in common... scaring your pants off! Enjoy!