The console community's requests have finally been answered! Chat with friends and randoms alike using the new text chat feature.
by Sweat___

Tired of people not communicating in your matchmade parties? Why aren't they using the microphone that comes with their console? Are they even hearing you explain your great tactics?! Or maybe you're sick of having to speak to people in order to get your point across. Soon you'll finally be able to communicate with others using text chat in The Elder Scrolls: Online for PS4 and Xbox One.

Text chat will be included in a patch with the upcoming update, available on August 16th. The feature will be off by default but can be switched on by plugging in a keyboard and pressing enter, or by going into your "Social" settings menu and turning the HUD chat display on (you'll find the profanity filter here as well, but who the **** needs that?!). Text chat messages from other players will automatically appear once you have the setting enabled. 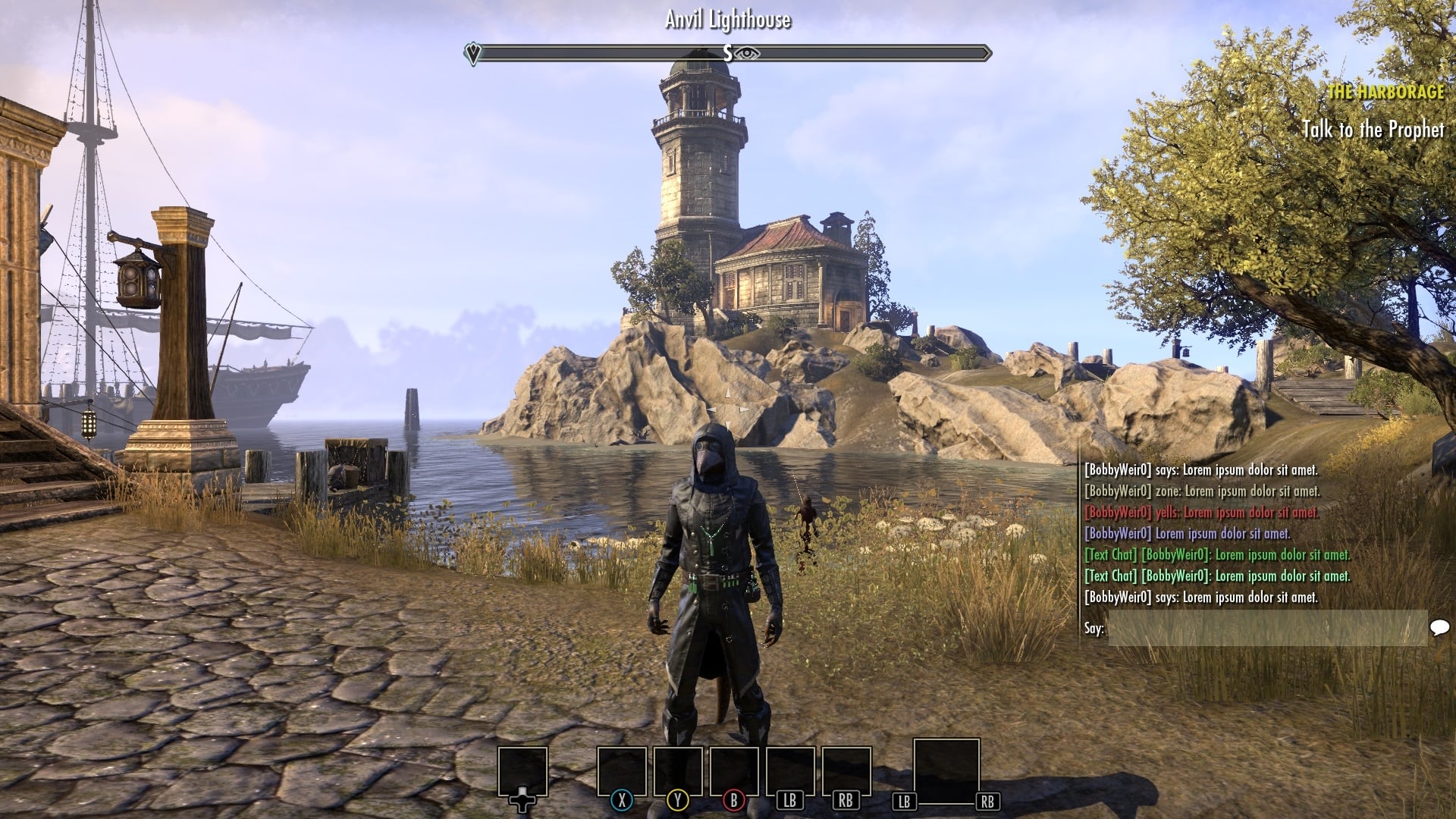 You'll be able to type in different channels the same way PC players do by typing /zone, /whisper, etc. However, text chat messages aren't always proximity based. Typing /say will make messages appear in a small proximity around you, /yell is a larger proximity, and /zone is the entire zone you're currently in. Items can also be linked in chat as well, which is handy. You are able to use voice and text chat at the same time.

I think this is a great addition to the game. Other console games have implemented text chat and it's a nice option. In my opinion you need to be using a keyboard to make it worthwhile, just because typing using a controller is slow and inconvenient. You can read more about text chat and other features coming in Update 11 on the official ESO website.