Riot has refused to bring back Solo Queue, putting an end to the once glorious game.
by Ian Ilano

Since its release, League of Legends has grown to become more than just a game.

By garnering the views of mass audiences from all around the globe, and constructing what is arguably the best competitive gaming scene, it has become a community — maybe even a sub-culture in of itself. Considering this, you'd think that Riot Games would be hard-pressed to maintain that position.

A couple of days ago, Riot officially decided to not bring back Solo Queue. After a significant amount of time spent "researching" and "crunching the numbers," they have instead opted to stick with the current Dynamic Queue ranking system, preventing players from climbing the ladder solely.

Dynamic Queue lets you team up with your friends and rank together.

While you could argue that the trade off is less toxicity and a better understanding of the importance of teamwork and communication within the game, ultimately it's just not worth it.

Dynamic Queue could have a severe impact on the game's longevity.

By sticking with their current ranking system, Riot is effectively choking every ounce of competitiveness out of League of Legends. And for a game that's fundamentally competitive, and survives off its professional gaming scene, this could have a severe impact on the game's longevity.

If Riot wants League of Legends to continue to prosper, they need to bring back Solo Queue to remain competitive.

The first thing we need to do is take a look at is why the Dynamic Queue system is bad. Time and time again, it's been proven that the system is flawed for three reasons.

I've been playing the game since season two, and although I may not have personally reached high on the ladder, it says something that even I understand the repercussions of keeping the current ranking system. 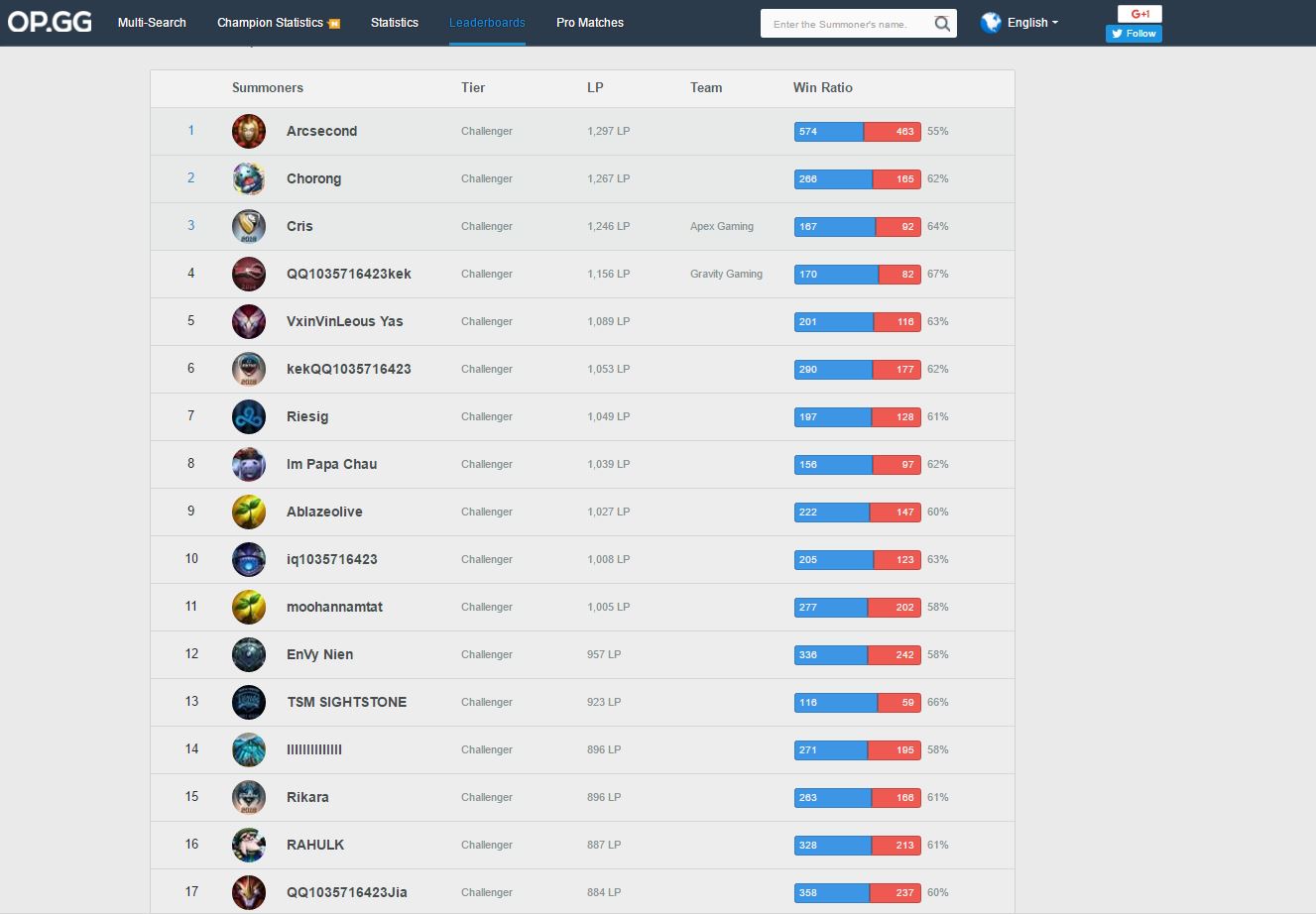 Regional ladders are a great way to scout out potential players.

Solo Queue is an easy way for a competitive gamer to gain exposure.

Each region has their own ladder. Back then, the top of the rankings would stay constant with familiar names. On some rare occasions, you'd get that one player from unknown origins, who just tears right through the rankings — gaining the attention of all the other high level users. Now in the spotlight, it wouldn't take long for them to receive public recognition and maybe even an offer from a team.

Most of the talent in the League of Legends Championship Series have been discovered this way. Vincent "Biofrost" Wang, Trevor "Stixxay" Hayes — the list can go on and on. Even Faker himself was discovered and given a chance to try out after he was noticed rising up on the leaderboards.

Unfortunately, with the Dynamic Queue system, this is no longer the case.

If you haven't heard, the current ranking system is so flawed that the professionals have developed their own workaround. Competitive teams have decided to start an "in-house Solo Queue."

To make this work, teams would make use of the game's Tournament Realm to queue up against one another. By doing so, they're guaranteed practice with the best of the best, and maybe even lower queue times.

Pictured above is Daerek "LemonNation" Hart talking about their new Solo Queue.

While I'm happy that the professionals are getting all the practice that they need, what makes this a significant issue is the fact that it's pretty much an exodus of professional players.

Players with potential looking to become competitive can no longer play against the professionals, because they are now playing in a totally different realm. Professionals are going to be playing against one another in their own created tournament realm, while the up and coming talent are left to fight among themselves.

Dynamic Queue replaces Solo Queue. Making it harder for players to get noticed.

This is going to widen the gap between the pros and the rest of the challenger players. The chances of a rising player getting noticed by an organization is significantly lower, and we all know the retention rate of some of these professional players. Most of them retire in their early-to-mid twenties.

The Dynamic Queue system may be detrimental to the growth and progress of talent in every region.

And this brings me to my next issue with the ranking system.

"You're only good because your team carried you."

A Dynamic Queue system is detrimental to any competitive ladder. The option to play with a group of one, two, or even five other players, just opens up too many avenues for exploitation. The new system removes ranking as an indicator of personal skill, and instead as an indicator of how good your team is, and how you're able to successfully communicate and synergize.

Ranked is no longer an indicator of how well you do in lane.

A competitive ladder can only be fair if every player is pitted against the same obstacles.

As a team-oriented game, one of the biggest obstacles in League of Legends is communication. I've had my fair share of winnable games, lost because my team did not manage to communicate as effectively as the other. By introducing a way to play with your friends and queue up together, they're removing that obstacle for one group of people. Your ranking is not indicative of your ability to stomp your opponent in lane, or apply pressure throughout the map, it's now an indicator of how well your team works cohesively.

There's only two ways ranked matches can be fair. If you have:

Mixing and matching, one team of three people plus two randoms vs. one team of two teams of two people and one random, is just too confusing. And it works against fairness.

This brings me to my last and final argument against Dynamic Queue. 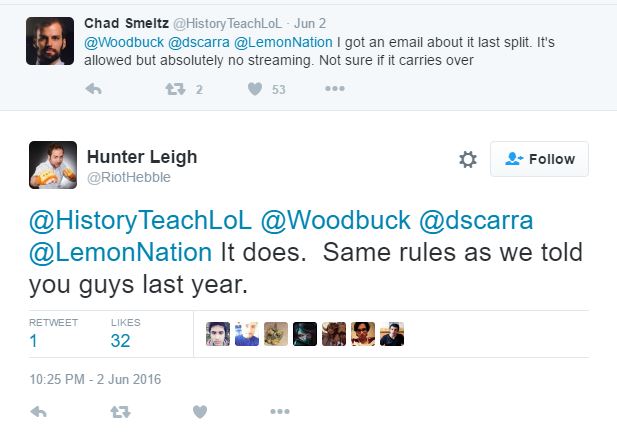 Professionals cannot stream their games if they play in their new Solo Queue.

Ranked Diamonds and up cannot team up as five.

In the face of this whole fiasco, what's even more damning is Riot's response. Not only are they not allowing professional players to stream their games on the tournament realm, but they're also not allowing players ranked Diamond or higher to team up with more than three people.

Riot doesn't seem to understand that the top percentile is probably the player-base who would benefit from Ranked 5s the most.

As much as Riot seems to be stuffing the idea of  "premades" and "a fun team game" down our throats, there's no actually way to do so. Ranked 5s are gone. Dynamic queue only lets you play with three people. Where else are competitive players going to get practice?

Riot believes that the best way to combat longer queue times and balance fairness is to prevent the higher ranking players from queuing up in a group of more than three. What they don't know is that this decision does not do anything that it was intended to accomplish.

Relying on your teammates is now a way to climb the ELO ladder.

Those are the three main issues with Dynamic Queue.

Not only is it choking the competitiveness out of the game, but it's also stunting the growth and progress of talent in the scene. New potential can't erupt, and teams do not have the same access to ways to stay competitive anymore.

But in the process of doing so, they've also killed Ranked 5s, and possibly any bit of competition left in the game.

If Riot wants League of Legends to stay relevant in the next few years, they need to do more for their competitive scene. Preventing professional players from streaming, which is probably one of the main ways of gaining more attention for the game, is just doing more harm than good. They need to address the concerns of high levels players and bring back Solo Queue.