Who Killed the Wii U (Hint: It Was Nintendo)

It was the reveal that injured the Wii U, but the continued terrible support that is brutally murdering it.
by Max Jay

The Wii U was announced during Nintendo’s E3 2011 press conference. I vividly remember watching the conference, with dumbfounded slackened jaw, thinking:

“This is the worst reveal ever.”

That is what killed the Wii U - that and the continually poor support for the already dated console.

It was dead before it even began, and the poor jaded Nintendo fans of the world (myself included) are continually left to pick up the shattered pieces of our childhood as Reggie Fils-Aime River-dances on them as stacks of Wii cash simultaneously dribble out of his causal blazer. What was the first issue though? Was it the fact that the Wii U was just embracing the prospect of HD, making it a generation behind? Or maybe it was the lackluster lineup of games. No.

It was the reveal of that god-forsaken controller.

When Nintendo infamously unveiled the new system, they decided all they needed to do was show the nifty new iPad-esque controller. What a marvelous idea Nintendo! Let’s explore how that pre-E3 business meeting went.

So gentlemen: It’s time to reveal the Wii U!

Yes, but let’s highlight the nifty iPad we have for a controller.

Great idea bro! But lets make sure to be really confusing about it.

Absolutely, there’s no way we would want the general consumer to understand that this is a new console, we want them to think it’s just a new controller for the Wii!

That goes without saying, Executive 2. So we’ll just say in passing that it’s a new system rather than showing a prototype box or anything that really convinces anyone that were doing something new.

Right! Then, we’ll show almost no games except for some weird bird demo that may or may not be pre-rendered while claiming that it’ll be more powerful than the Xbox 360 or PlayStation 3.

Truly inspired Executive 1! Then, to just make everyone’s inner children writhe in excruciating pain; let’s show a really cool demo for a Zelda game in HD, and then never announce it ever. EVER.

The three CACKLE loudly as they dance around the table made of endangered Redwoods and perform weird Satanist rituals.

In reality it was likely nothing like that (who knows though – it could have been). Nintendo was trying to capture an audience that had long abandoned them: The “Core.” But rather than showing a piece of hardware, they showed a controller and gave us a handful of empty promises. Instead of inspiring the confidence they so needed, it alienated and confused their casual market while simultaneously frustrating their long-time hardcore fans.

The Nintendo hardcore haven’t seen a true Mario game, or a Zelda game (yeah we have The Windwaker HD but that’s not a new game) and we all know those are the big sellers. Meanwhile the casual market isn't willing to shell out the money for a new system when they don't really understand what it does differently. The only thing Nintendo has really done at this point is finally open the door on the new Smash Bros. game and say some cool stuff is coming. Now, I'd bet my firstborn that Nintendo will see a sales spike following the release of Smash, but it won’t be nearly enough to boost the company to its former glory. **That landfill is entirely full of extra Wii U's and old copies of that ET Atari game.**

Nintendo has let its fans flounder in a way – waiting with bated breath for an actual announcement that never really happened. Instead of delivering when they had the chance, they skipped this year’s E3 entirely and allowed EVERYONE to have their full attention on the true next-generation of consoles - which has since taken over the internet. Sure, Nintendo has announced their presence at Gamescom, but have they fallen too far into obscurity to reclaim a considerable margin of the market?

Nintendo let themselves slip behind the industry in terms of technology and design. They are just discovering the wonders of HD, they have almost no third party support due to their poor sales and dated infrastructure and they have no viable online presence to speak of**. Nintendo has always said they won’t allow the industry to dictate what they are to focus on, but that’s how it works. It may be annoying that some of the same games come out every year, and every first-person shooter plays almost exactly the same as the last, but that is where we are right now. We can only hope that the upcoming changes in the generation open up new possibilities - but that's an article for another day.

Even so, there is something to be said for the company refusing to participate in the industry antics. I think a lot of gamers respect it (I sure as hell do), and would gladly buy a system had there been anything to draw them in. Unfortunately Nintendo is leaving their adoring fans with nothing to look forward too aside from a new Smash and a Mario Kart game (which is beautiful, but essentially the same as every other Mario Kart game). We don’t see a cool new Metroid game, and they have Retro Studios (creators of the visionary Metroid Prime series) working on the same Donkey Kong game over and over. It’s a fumbling attempt to sell units but looks to the gaming majority like absolutely nothing.

In all honesty I do see value in the system, but it needs first and third party support to really help it grow. I’ll even probably pick it up to play the new Smash, seeing as it is one of my favorite series of all time, but that’ll probably be all I do with it until some better exclusives come out. 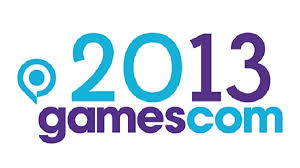 With any luck Nintendo will bring a doubly intense showing at Gamescom and hopefully start putting some Band-Aids (or their adhesive bandages of choice) on the festering, open wounds they’ve made for themselves. You can bet your favorite piece of gaming memorabilia that I’ll have some predictions within the next week or so after some more information comes out. But until then check out my PlayStation Vita predictions for Gamescom right here.

Do you think Nintendo will be able to pull out of their never ending pre-launch funk, or are they forever damned to reside within the margins of the industry? Sound off in the comments down below and maybe I’ll absolutely demolish you in the new Smash when it comes out - providing the online play isn’t slow and glitchy of course!

**Can anyone explain to me how Nintendo's online friend code thing works? I have legitimately no idea.