Zombasite is a mediocre game that sadly didn't bring anything new to the table.
by chopchamen

Zombasite is a top-down medieval RPG, that feels a lot like Diablo. On your journey, you have to fight your way through endless waves of hellish zombies. There isn't any set location to play in it, nor is there a super definitive storyline, as it's kind of a dungeon crawler that just throws you in the mix. 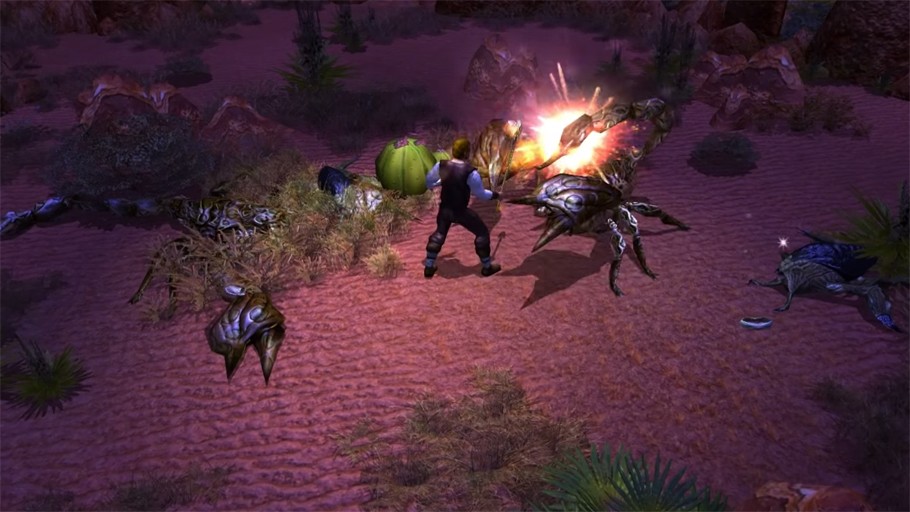 The character creation allows you to choose from 8 different classes, and you can also create a hybrid class by merging 2 skill trees from any of the classes.

You can find different NPCs out in the world; whom you can recruit to your settlement if you rescue them from any enemies. After you have people in your settlements, you can send them out for work, to get food, or pick herbs for potions. Or you can pick a fight with them and go sword to sword for no reason.

As you adventure around you receive diplomatic messages, these mainly turn out to be death threats and taunts from demons and NPC bosses. You can then launch attacks on them afterward, but unfortunately, they are extremely difficult to take care of. This is bad, because of the random generation, it has spawned a boss NPC right outside of my spawn zone before.

It can be a bit frustrating at times trying to put up with the cursor, but luckily they have an alternate for the combat by pressing the 1 key. I have experienced a glitch or two, but for the most part, nothing is too bad.

The sound design is not very great, with the music sounding very deflated. The other parts of the sound design are actually pretty decent, however as the combat can be very sudden, it creates a lot of noise rather spontaneously. Getting up to 5 enemies on you at once is no surprise, but it is however slightly annoying.

The graphics are bearable, however I cant help but think it looks like a PSP game -- even with the graphics on max, with some added cool shadows. Most of the magic and skills look kind of dull. But some of the enemies look interesting.

After awhile of playing, I realize this game is actually kind of fun, in intervals, but all the same, it was addictive. Do I think Zombasite is worth the $20 price tag? Only if you're new to that kind of gameplay, as Zombasite doesn't really present anything new to the table.

Our Rating
5
Zombasite is a mediocre game that sadly didn't bring anything new to the table.
Reviewed On: Steam
What Our Ratings Mean