Players can hope to see their first Diablo support and second Diablo map next week, with a classic Warcraft hero in early September.
by Perchance to Game

According to data-mined files from the Heroes of the Storm PTR, tentative release dates for Kharazim, the Diablo III monk, and Rexxar, Warcraft’s Beastmaster, are August 19 and September 8 respectively.

Release dates, let alone data-mined ones, are subject to change; at this stage, and especially regarding Kharazim, they provide a reliable ballpark date.

As of Monday night, with the latest PTR patch Kharazim and the new battleground, Infernal Shrines, the second Diablo-themed map, are now available for testing. Currently, all other battlegrounds have been taken out of the rotation to focus player testing on the latest map.

Kharazim’s abilities are as follows:

(Q) Radiant Dash – Jump to ally or enemy. Enemies are hit with a basic attack. 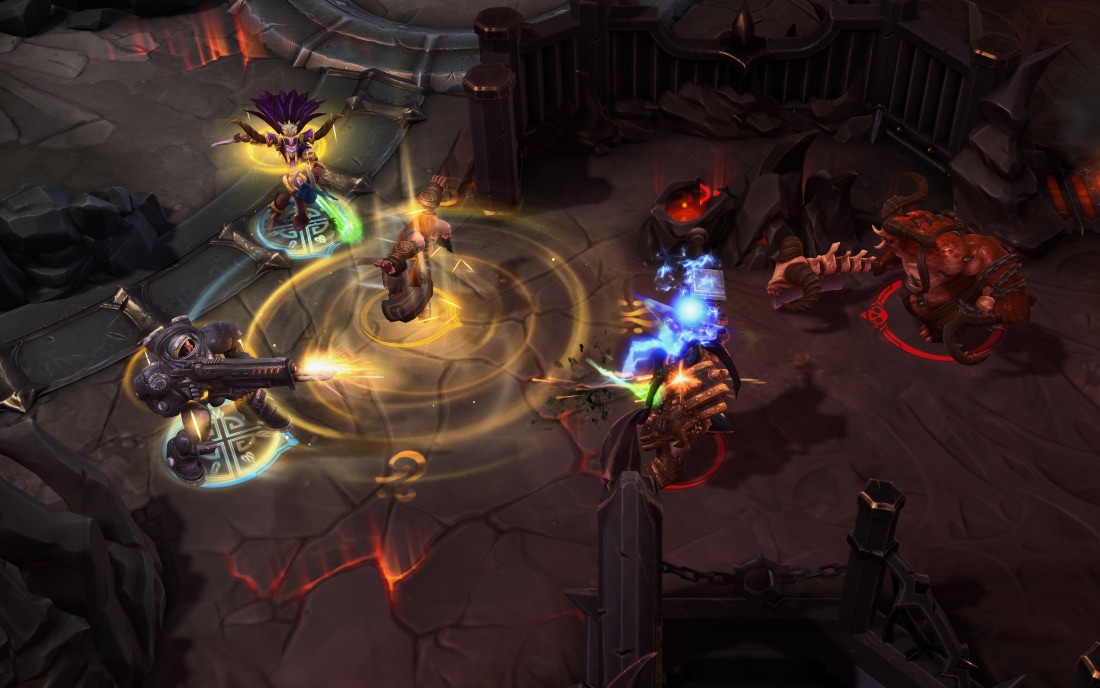 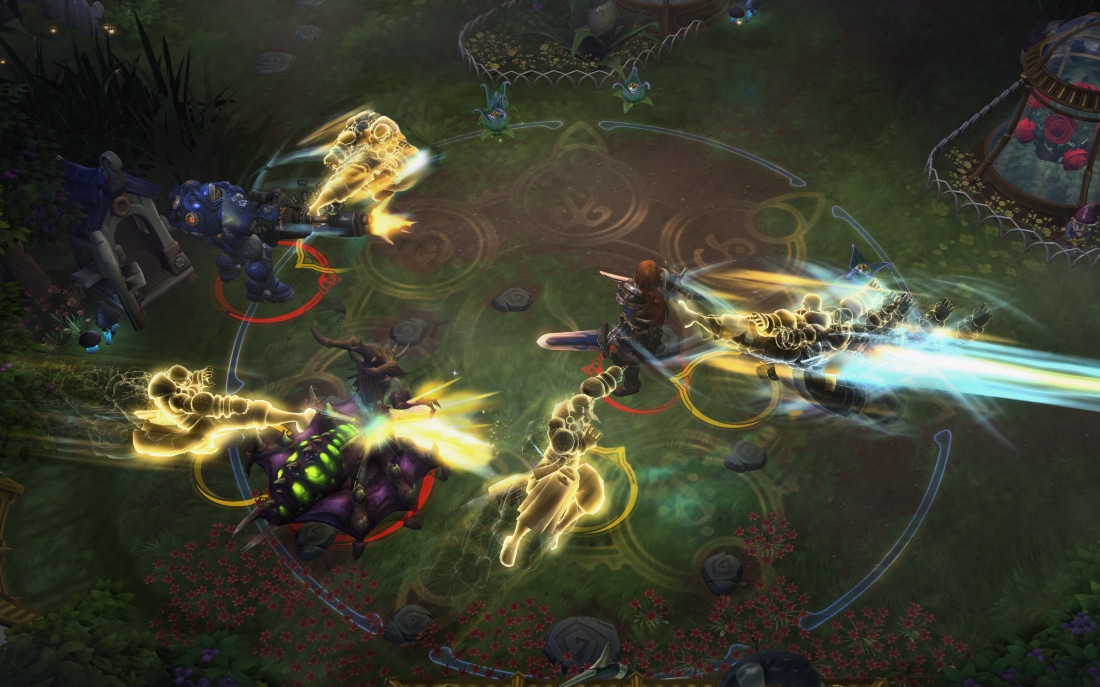 (R) Divine Palm – Causes allied hero to be healed if they take fatal damage within the next three seconds.

Both Kharazim and Infernal Shrines mark the last pieces of major content for the first Heroes of the Storm expansion, “Eternal Conflict.” However, there are still a few more devilishly delightful goodies to look forward to with the next patch. “Demonic Tyrael,” the Archangel of Justice’s alternate universe skin as the Lord of Pride, has been upgraded with an improved model and matching spell effects.

The treasure goblins have made another appearance on the Nexus battlegrounds, this time as mounts demonstrating their superior load bearing abilities by carrying not only their trademark treasure filled sacks but also a Nexus hero. Additionally, a new special quest calls for killing 50 Treasure Goblins to receive a special portrait, as if it weren't already open season on the little guys.

In another cross-promotion, all players who reach level 70 with a season character starting with season 4 in Diablo III will receive the Malthael’s Phantom mount. So if you want to ride a spectral steed through the Nexus, fire up your copy of Diablo III or Reaper of Souls and start leveling.

The release of Malthael's Phantom as an achievement reward sheds some light on another anticipated mount, Illidan's Nightmare. Data-mined some time ago, Blizzard has so far given no word on its release. With the announcement of World of Warcraft: Legion and Illidan's key role in it, the demon-hunter themed mount will almost certainly be another cross-promotional reward for WoW players, similar to the Ironside Dire Wolf mount and Warlords of Draenor.

The question is, will we not see it until the release of Legion or will it serve as a minor hype tool? Or is Legion coming sooner than we thought? Or I'm just completely wrong. That's always a possibility.

For now, let's stick with the less nebulous release dates. With new heroes having a release price of 15,000 gold and the game's slow accumulation of in-game currency, those of you who want a first week buy for either Kharazim or Rexxar should start saving up now.