Want a brand new next-gen game console with The Batman on it? Sony is making it possible with its PS4!
by Charly Mottet

Fans of the Dark Knight have been waiting patiently... or rather impatiently, for the upcoming Batman: Arkham Knight. The game had been delayed to June 23rd, but Sony and Warner Bros. are not around to disappoint. Now, you can get the game along with a pretty sweet PlayStation upgrade.

Two bundles to choose from

The first is at $499.99 (MSRP). It includes a sleek, Steel Grey limited edition PS4 with a custom Batman: Arkham Knight faceplate. Along with this brand new next-gen system, you get a sweet looking matching (Steel Grey) Dualshock 4 wireless controller, and (of course) a copy of the game. 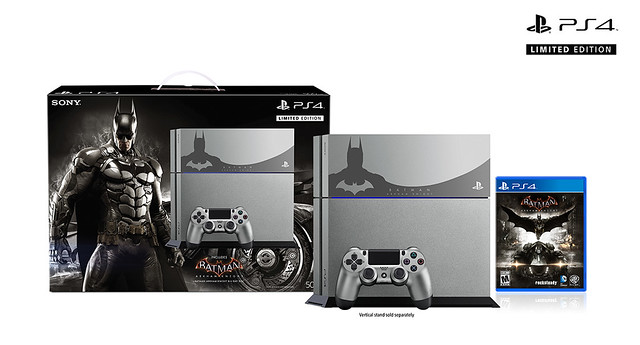 For $399.99 (MSRP), the second bundle includes a brand new PS4 with its jet black Dualshock 4 wireless controller along with a copy of Batman: Arkham Knight. 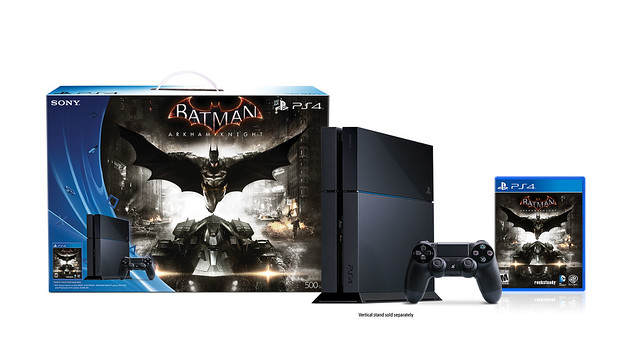 All owners of Batman: Arkham Knight on the PlayStation 4 will have access to bonus content before it's released anywhere else. This means 3 in-game missions called the "Scarecrow Nightmare" along with custom skins for Batman and his good ol' Batmobile.

The bundles will be available on the same day the game is released: June 23rd.

For those who aren't ready to take the next step and move on to a PS4, the digital pre-order is available starting from March 31st on the PlayStation Store.