5 Horror Games that Will Scare the Hell Out of You

These are the best horror games of all time - and they will haunt you forever.
by Jared Elliott

As Halloween creeps closer, the annual cascade of Best Horror Game countdowns has arrived. While everyone has a different opinion on how these lists should be constructed, there's no denying that some horror games are just damn good. I've played more than I can count, and I've "nope"d out of more than I can to admit.

So it's time to throw in my two cents and share a few from the latter category. These are five horror games that still haunt me today, and are guaranteed to scare the hell out of you.

Often heralded as one of the best video games of all time, Resident Evil 4 reimagined survival horror and third-person shooters in a way that would influence both genres for years to come. Set in the Spanish countryside, player character Leon S. Kennedy must fight his way through the cult of Los Illuminados to save the U.S. President's young daughter, Ashley Graham. Along the way, he'll stumble upon some of the most grotesque and fearsome enemies in the genre.

Resident Evil 4 is one long experience of suspense and dread, interspersed with moments of sheer terror. After finishing the game, you'll know what it's like to get beheaded by a chainsaw-wielding maniac, bludgeoned by a grotesque giant, and hounded relentlessly by a cult of infected mutants. And that's not even the worst of it all. 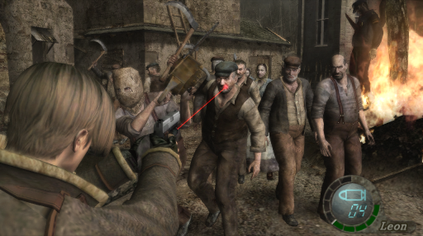 Despite its intense horror elements, Resident Evil 4 has incredible replay value due to its wide assortment of weapons and upgrades, a short campaign, and optional challenges. To give you a clue, I've played through Resident Evil 4 well over 20 times since its release, and it's a fun, terrifying experience every single time. Fatal Frame II represents some of the best survival-horror that Japan has to offer. The player controls Mio, a young girl who becomes trapped inside the Lost Village -- a haunted locale which is said to have mysteriously disappeared before the events of the game. With her sister Mayu, Mio must explore the dark, creepy rooms and hallways of the haunted village while solving puzzles and doing a little item hunting.

The game utilizes fixed camera angles to create suspense and intensify the horror when horrific things happen. And they happen a lot. Fatal Frame II never goes easy on the player -- it's unapologetically scary. Its sound design is brilliant, immersing the player into the village for maximum anxiety. Gentle creaks of a wooden floor, scratching on the wall, and insane laughter in the distance never fail to make the hairs on the back of your neck stand up.

Fatal Frame II is widely considered to be one of the scariest games of all time. And if you've played it, you know exactly why. For fans of the horror genre, playing this game (and finishing it!) should be mandatory. Who's touching your shoulder? Better not turn around... 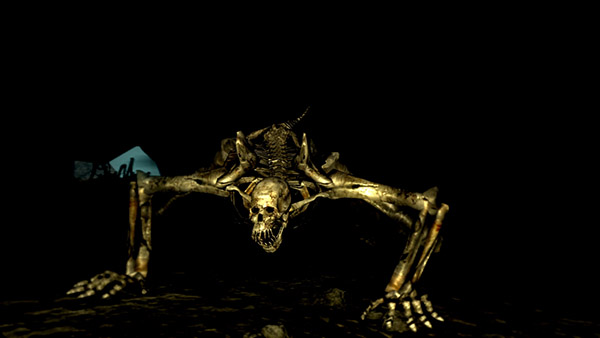 Don't let the "dark fantasy" moniker fool you. Dark Souls is one of the best RPGs of all time, and it's also one of the creepiest. The world of Lordran is filled to the brim with insanity and horror -- with grotesque goat-demons, creepy NPCs, and total helplessness awaiting the player at every turn. One of the most memorable experiences in gaming for many is stumbling across the handsome gentleman above for the first time, and I don't blame them for it.

At first, NPCs in Dark Souls are a small source of comfort -- at least you aren't alone, right? But slowly, your fellow inhabitants of Lordran begin to reveal scary motives that you did not expect from them, or lose their minds completely. One of the friendliest NPCs in the game turns out to be a sadistic murderer later on, for example. The others don't turn out much better, for the most part. 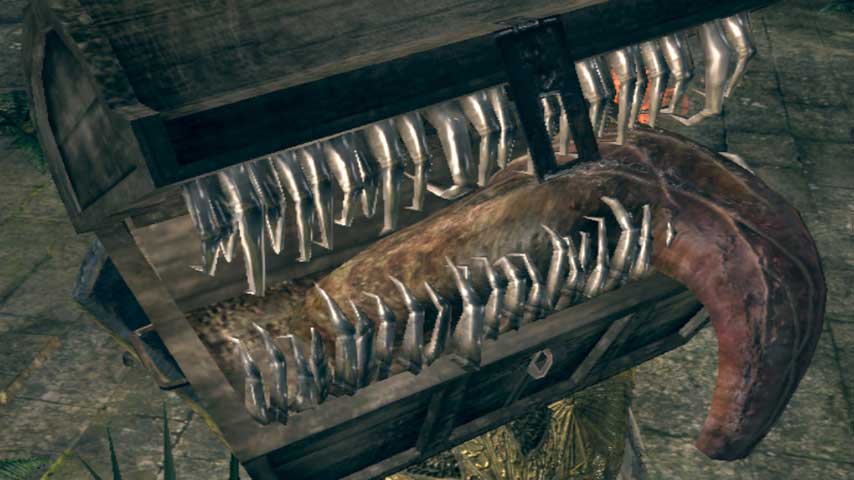 A chief element of Dark Souls is its ability to make the player feel hopelessly overwhelmed. Within minutes of starting the game, while the player is just getting used to his or her training wheels, a giant, horrific monster crashes down from the sky, and he's coming for you. This is usually everyone's first taste of the many deaths that await them in Dark Souls -- and most of them aren't as pretty.

To be completely honest, P.T. is the only game (ahem, demo) on this list that I could not finish. As soon as the nice young lady above paid me a visit, I nope'd out of there in a flash. P.T. is hands-down one of the scariest experiences in gaming so far. Originally a playable teaser for Hideo Kojima and Guillermo del Toro's Silent Hills, the game was cancelled abruptly by Konami, much to the pain and dissatisfaction of eager fans. 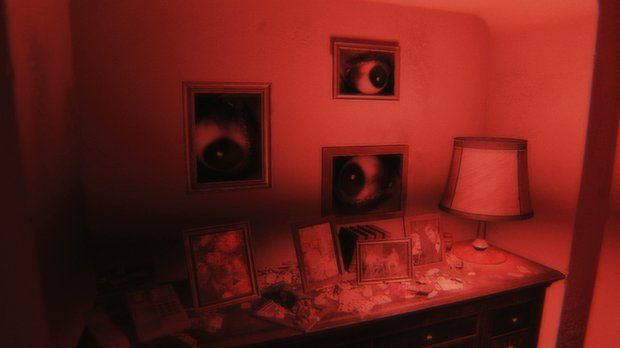 Kojima and del Toro touched the essence of Silent Hill with P.T. -- intense dread, psychological horror, and a fatal atmosphere comprise the entire experience. As the player descends deeper into madness while traversing the ever-sickening environment, the deformed ghost of a woman stalks from all corners -- watching you through a window, creeping up behind you, and peering down at you from the banister. 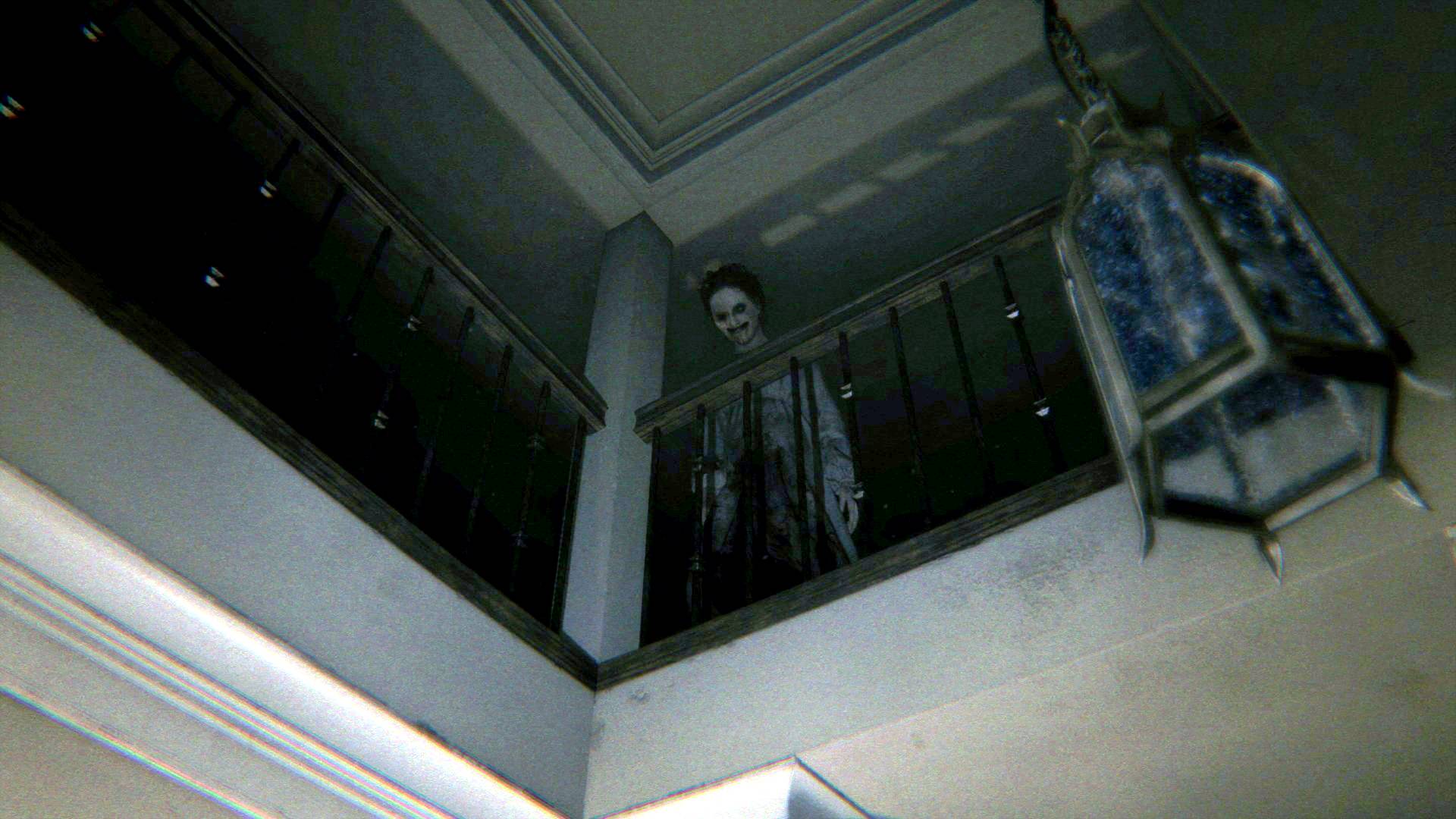 Unfortunately, the demo is no longer available for download on the PlayStation Store, but you can still watch gameplay online to get a small taste of the experience. Silent Hill 2 is so good that it's practically a historical artifact at this point. Its foreboding atmosphere, thoughtful plot, dripping musical score, and masterful design all work together to create something truly fascinating.

The player takes control of James Sunderland, a widower who journeys to the abandoned town of Silent Hill after receiving a letter from his dead wife, Mary, who beckons him to their "special place." Unsure if Mary is alive or dead, James ventures into the belly of Silent Hill to find out -- encountering horrifying monsters, creepy environments, and a few unsettling weirdos along the way.

The magic (and horror) of Silent Hill 2 lies in its atmosphere. You never feel safe, nor do you ever know what to expect next. Darkness is all-encompassing, save the scant rays of James' flashlight. The entire experience feels like a walk through Hell, with horrors that you've never imagined ready to pounce from every corner.

If you're a fan of the horror genre and you haven't played all of the games on this list, you're missing out -- or are you?

What did you think about this countdown? Which games do you think are the scariest of all time? Leave a comment below to let us know!