Not since Solzhenitsyn wrote “The Gulag Archipelago” has a chain of islands been so prominent in the public consciousness, but publisher Kalypso Media and new series developer Limbic Entertainment hope to capture the imagination of the gaming populace when Tropico 6 hits in January.

I sat down with the beta, generously provided by Kalypso, put a few hours into it, and really enjoyed my time with Tropico 5.1.

I say 5.1 because that's what Tropico 6 feels like, at least so far. The new direction that previous developers Haemimont Games took the series with the last game comes back nearly unchanged here, only the underlying mechanics are different. 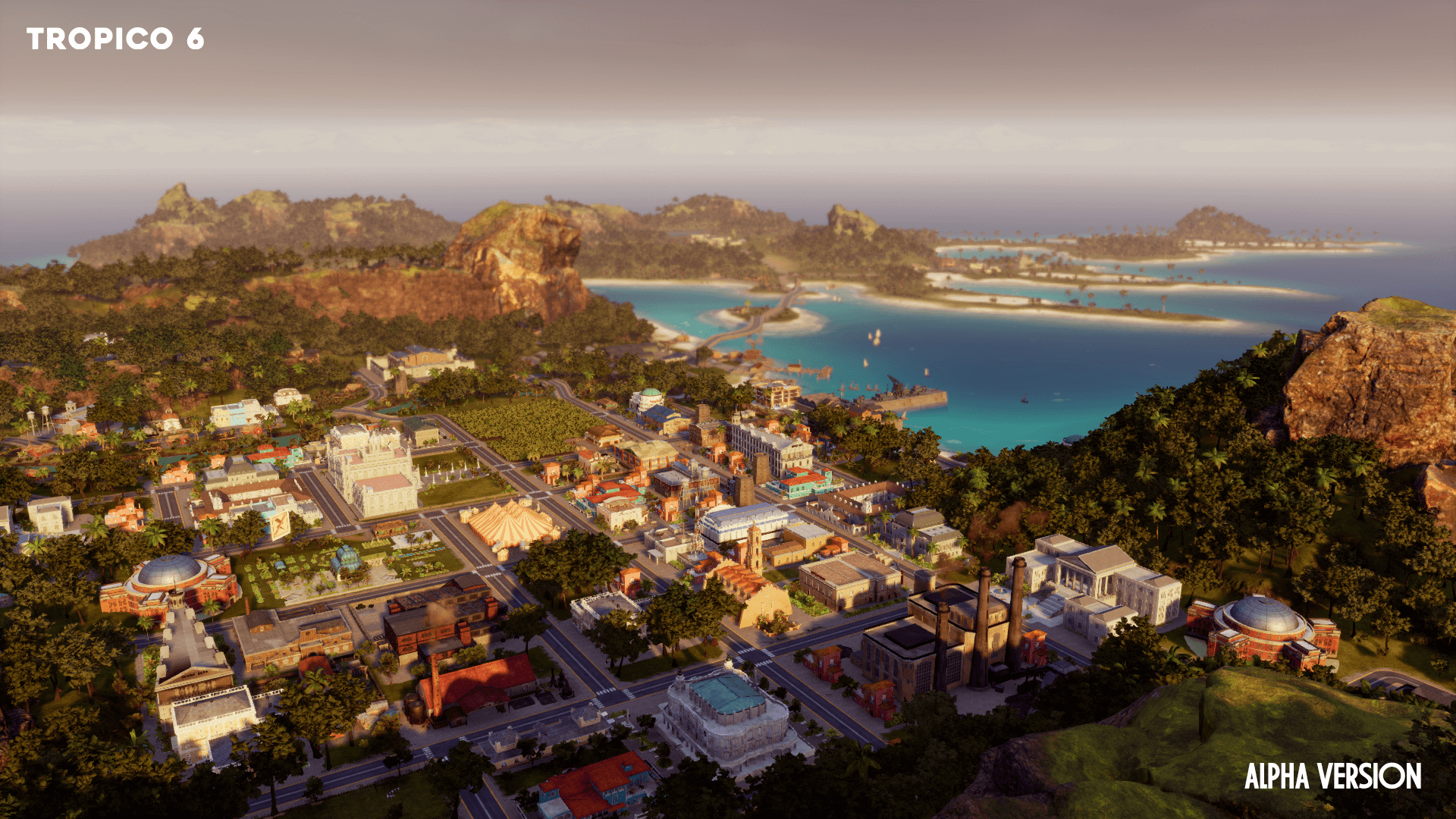 The beta, which you can access by pre-ordering the main game in much the same way Kalypso rewarded those willing to bet on Railway Empire earlier this year, offers four island chains and a brief mini-campaign along with a functioning sandbox mode that Limbic is using as a test bed to try to ship a relatively bug-free product.

They've at least succeeded on that front. There are no major functionality issues in this game, and if it launches with any kind of polish on it at all, it should be very good at avoiding crashes out of the box.

If you've played any of the games in the Tropico series, from the 2001 original to the present, you know exactly what kind of game this is. 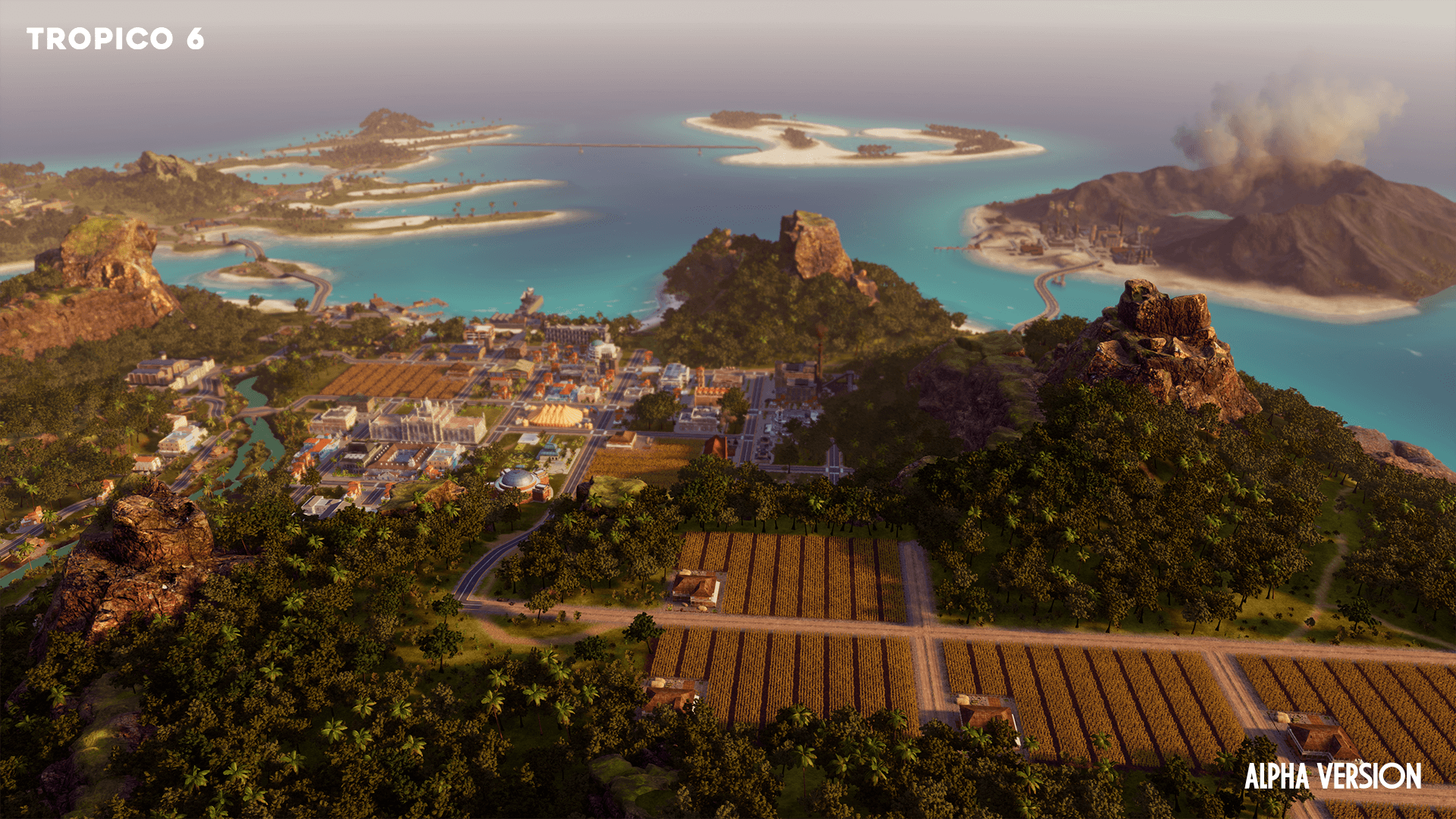 For reference: According to Steam, I've got 120 hours in Tropico 4 and 26 in Tropico 5, which speaks to both the relative quality of those two games and my chops with the series even before considering the hundreds of hours I put into the first two games way back when. I've been Presidente more times than I can count.

As a veteran to the series, some of the changes from Tropico 5 to 6 are very good. But some are head-scratching regressions for the series, and others live on Your Mileage May Vary Boulevard.

I love what they've done with farming and ranching so far. At a cost of productivity to the resource-producing building, you can now set your farms not to deplete the soil they're on, which caused nightmares in Tropico 5 when your once-productive farms saw their production collapse in the lategame.

Even better, they've created little quirks in the building upgrade system that, in the hands of a patient player, will allow for a strategic layer on raw material production that the series has to this point mainly lacked.

They've also deepened the Colonial Era. In the previous game getting extensions to your viceroyship was mainly about buying time before the rebellion was ready, but now you can just about play indefinitely as a royalist. This creates an entirely new gameplay experience for people who prefer to move their game slowly.

For the more evil-minded Presidente out there, they've added a bunch of villainous options, including the ability to steal wonders of the world in pirate raids (sadly, all the action is offscreen and the player's control mainly comes through raising resources or throwing money at the expedition) and steal resources from offscreen through missions that work the same way pirate raids worked way back in Tropico 2.

Furthermore, the game is beautiful. They've really pulled out the stops to put the kind of graphics into a game that you don't usually see in this genre. Granted, that's a mixed blessing, as we'll see a little further on in this preview, but it's an achievement, as this screenshot (including the stolen Statue of Liberty!) proves:

Resource efficiency is atrocious with the way they've rebuilt the construction offices and teamster sheds. It seems like no matter how many infrastructure workers you have, stuff will simply not get hauled around the island fast enough, piling up at production points that are racking up upkeep costs.

This doesn't feel like an intentional design choice, at least not as it currently stands in the beta, so this will probably be patched to something a lot more like Tropico 5's level of resource efficiency by release time.

The AI is also brick-stupid when it comes to intelligently choosing where to live. If you don't have homes built practically next door to your workplaces, your workers will build shacks or lollygag to their jobs, where they won't be productive.

Basically, while the game engine itself is stable, there are a lot of things that I can only hope are bugs. If they're actually working as designed, the game's economic system is straight-up borked.

Plus, the archipelago system isn't a particularly well-thought-out design choice.

In theory, you can build bridges (the trailer video makes a big point of this, in fact) and ferries between the islands. But if it was supposed to feel like an interconnected economy in a multi-island nation -- a sort of Tropican Hawaii -- then it falls flat on its face. The AI is simply incapable of understanding how its own system works.

Bridges are traffic-choked bottlenecks, so what you'll end up doing is building a bunch of independent mini-economies that simply don't work well together.

A little tweaking to either traffic flow or to the way the game renders islands with its terrain generation system so they aren't just causes for frustration will go a long way as they get closer to release.

Your Mileage May Vary

I don't want to knock the game too hard since it's still in beta, but this thing chugs like crazy when there's too much on the screen.

How much of that is running it on a two-year-old laptop that was never a beast in its prime and how much of that is poor optimization is debatable, but this isn't Far Cry 5. Other games in the same genre that I run on this rig and that are from around the same time (the past year) run just fine—the aforementioned Railway Empire runs at 60 fps on medium-high in 1080p.

There is a lot of optimization that still needs to be done and if, as I suspect, most of the engine is recycled from the previous game and repurposed for Tropico 6, that game never ran particularly well either, especially in the lategame.

The game's optimization is the most important thing they need to fix ahead of release. If its optimization stays in its current state, it wouldn't be a surprise to see it tilt the review scores into “could be good but nobody can run it” territory.

Plus, not everyone liked Tropico 5. The fourth game in the series, especially with the Modern Times DLC, felt like the ultimate realization of everything the series aspired to be way back when the first game came out.

The fifth (and now the sixth) game aims to tell a time-spanning story. It's nice to see the way an island can develop across eras with different mechanics often laying waste to the most well-laid plans, Tropico 6 is not going to lead the apostates back to the flock if the last game was just plain not your cup of tea.

Is this worth a pre-order to get in on the beta? Probably not if you didn't enjoy Tropico 5.

Does it have the potential to be an awesome game if they can give it some character? Absolutely.

If you like these kinds of games, you should add Tropico 6 to your Steam wishlist and keep an eye on its development. Certain aspects of the game are sure to change as it edges closer to release but unless you really enjoyed the last entry to the series, it's probably better to wait for the full game.