The Unsung Heroes of the Games Industry

These are the people who go by unnoticed in the game industry and it's time we gave them the recognition they deserve.
by Clayton Reisbeck

Video games are bigger than they've ever been. The triple-A game industry rivals even that of the biggest movies released today. Even though the game industry is booming, we really don't have many stars that we hear about outside of the big name publishers or indie darlings that pop up. What about the people who really make our games function? The people who put in countless hours so we can explore the worlds that they have created for us. These people are the true heroes of the games industry and it's time we gave them some thanks.

I have always said that I play games for their stories. Games present us with a form of storytelling that I haven't found in any other medium. The ability to interact with a world that is engaging and compelling is something that I have only found in games. Because of this, I find it crazy that we don't give bigger props to the writers and environmental artists of games.

With both of these groups working in tandem, we get some amazing stories from games. 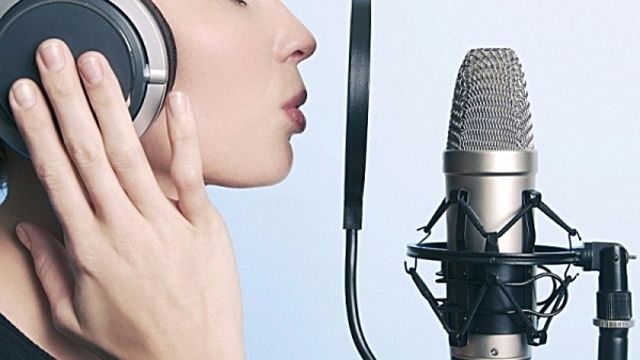 If the writers provide the words that are said in a game, the voice actors are the ones who provide the voice that say those words. It's one thing to see Batman say "I am vengeance, I am the night, I am Batman!" written down on a script, but Kevin Conroy's delivery of that line is what brings it to life. I'm pretty sure that when you read that line you didn't just read it with your own voice, I'm sure it was Kevin's voice that you heard. This is the kind of power that a voice actor has.

Voice actors bring so much to the storytelling of a game. Their voice gives the emotion and basis for any scene that a player would be experiencing in a game. A game can be ruined if the voice acting is bad. It's baffling to me that we don't give more recognition to these actors. There are a select few voice actors that I think we in the gaming community can name and I feel that we should be showing all of them more appreciation for the strenuous work that they do. Not only does a voice actor voice the lines of a game, they have to voice every reaction that could be possible in game play. They can spend hours just performing those reactions. It truly is strenuous work that usually goes unnoticed.

These people may be some of the most important people in all of the game industry. No game is made without these two groups. Programmers and game testers are the ones who make the gears turn in the machine of a game. They spend long hours making sure that everything works mechanically. In some cases, they have to build brand new engines to make things work which adds even more time to the creation of games.

Programmers may get a lot of the brunt of any criticism a game receives. If something doesn't work, the first group blamed is the programmers. Its very rare that you see the programmers praised for their work. This is really sad to me. I'm pretty sure we have all heard the horror stories of crunch in the development of games. These people have to spend horrendously long hours making sure that the game is working and staying late to make sure that the gears turn properly. And they do all of this with almost no recognition.

Game testers also have a pretty thankless job. I've heard way too many people talk about they think that it is the easiest job in the world. I would have to disagree. Sure, they spend their days playing video games for a living, but they have to play a game that isn't finished. Think of the batch of games we've had in recent years that are clearly broken and then think about only playing those games for a living. That sounds like a really hard job. They have some of the most important jobs in the industry and they get no thanks. These are the people we should be recognizing any time we're wanting to give awards to games.

These are just a few of the people who go by unthanked in our industry. If I'm completely honest, any person who has a hand in the creation of a new game deserves thanks. As gamers, we really just get to see the end product of what these people spend years crafting for us to enjoy. We don't have to think about all the trouble that goes into creating, but I think it's time that we start.

What do you all think? Who do you feel goes by unnoticed in the game industry? Let me know in the comments!