Inner Chains, a Kickstarter game that you might want to keep on your radar

Doom meets SOMA in this nightmare
by shox_reboot

What if someone told you a first-person horror game was being made by a team consisting of developers from companies that created the likes of Witcher 3, Gears of War and Dying Light?

Inner Chains is just that; a game that's being worked on by people who've worked on some of the aforementioned games and more!

The team behind this project, Telepaths Tree, have set up a Kickstarter project in order to get the funds required to the game a reality. It has already passed the halfway mark and is rapidly reaching its goal of $10,000 with the passing of each day. 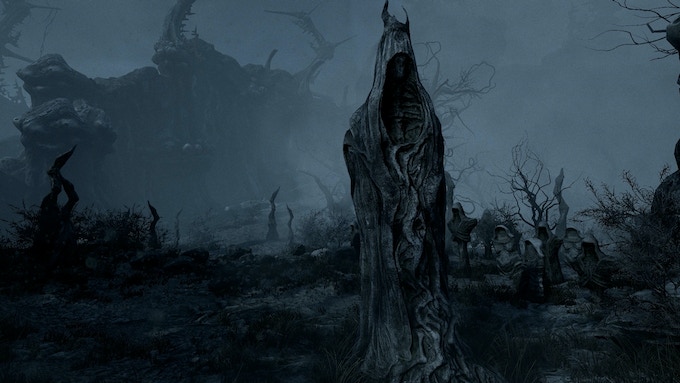 It's not difficult to see why this project is gaining so much popularity. The use of the Unreal Engine makes for some gorgeous visuals and the gameplay itself is reminiscent of Doom with some elements of SOMA sprinkled in.

Additionally, Inner Chains looks to be more than just an average FPS horror/survival game. It seems to have taken inspiration from the Dark Souls series and other games where players are encouraged to seek out and interpret the game's story for themselves by exploring and discovering secrets hidden in the game world.

As stated on the Kickstarter page:

By tossing you into this dark, mysterious world, we want you to explore its history, discover its secrets one by one, and learn to use your knowledge against your opponents. Keep an eye on the hostile environment and take clues from the surrounding flora. Any information that you manage to gather and use will increase your chances of survival. Ultimately, it depends entirely on your own actions whether you thrive or die in this dangerous, alien place. – Tomasz StrzaÅ‚kowski, CEO

There's a wealth of information at the Kickstarter page where you can get an idea for the game yourself. The game also seems to be in the middle-final stages of its development as the team has already been working on Inner Chains for a fully year now and the projected release date should goal be reached is June 2016.

VR support is included and is releasing exclusively (unless there are further stretch goals we're unaware about) for the PC.