Lords of the Fallen Review for PS4

Lords of the fallen has been called a Dark Souls clone but that would only be true if Dark Souls was cloned by Dr. Alphonse Mephisto from South Park.
by Glen Schoeman

Imagine the following scenario: You have just broken up with the love of your life. You’re sitting alone in a bar, feeling sorry for yourself, when you notice someone across the room. They are like a more attractive version of the very person of that left you feeling so alone and you think to yourself: “What the hell. It’s time to move on.” You decide to approach them, and during your initial conversation, you can’t help but notice the similarities to the relationship that you remember so fondly. The two of you start dating but something is horribly amiss. You catch yourself comparing everything they do to the one that got away. They do things in a very similar manner but it’s never as good as it was that first time.

That is how I felt playing through Lords of the Fallen. As a huge fan of the Souls series, I picked up this game thinking that it could hold me over until the release of Bloodborne. From the moment you start up the game, you can’t help but notice how similar this title feels, but there is a nagging feeling that something just isn’t right. The control mapping is almost identical to Dark Souls and management of things like stamina is equally important. You go in feeling like the game has potential, but that feeling begins to fade by the time you face the first boss. The boss, while an impressive sight, goes down so fast that you feel he’s managed by Don King and the whole thing may have been fixed. His attacks are incredibly scripted and easier to dodge than punches from a drunk Care Bear.

This was where I really felt the difference from the Souls series, where the first boss is supposed to kill you. In fact, I don’t think I died until about forty minutes into Lords of the Fallen, and even then, it didn’t feel like I was killed as a punishment for impatience - as is a common trend of Dark/Demon’s Souls. It was more to do with the fact that the enemies are heavily armoured, have a lot of health and you have to try find an opening while dodging attacks in a tiny corridor.

You see, most of the game takes place in incredibly tight spaces, which can be frustrating at the best of times, coupled with the fact that the tracking from enemies allows them to do complete 180 degree turns to face you in the middle of an attack.  It makes you feel like they’re merely using cheap tactics as a form of faux difficulty.  This can also been seen in the ridiculously small hitboxes. Even when using a huge weapon, your attacks will often pass right through unless you are almost on top of whatever it is that you are trying to kill.

Every boss in the game requires you to watch his attack patterns for about a minute or two, but once you have found a rhythm, it’s incredibly easy to land the kill. They may throw in an extra attack here and there as they change phases throughout the fight, but nothing drastic enough to force you to change your strategy. From start to finish, it never took me longer than an hour to kill a boss. This may sound like a long time, but if you have played any one of the entries from the Souls series, you'll know that is simply not the case.

Even so, one of the main reasons some bosses took me that long wasn’t due to many deaths, but to the fact that some bosses have obscene amounts of health and very small windows for you to launch a counter attack - which leads to attempts that can be as long as 20 minutes at a time. It’s also glaringly obvious that the developers had a particular idea on how a boss should be killed and trying to use your own strategy generally just makes the fight take longer. For instance: certain bosses are much easier to just shoot using the gauntlet while dodging attacks and waiting for your magic to recharge, rather than actually using the melee build that you had been playing with throughout the game.

Late in the game I came across a double boss fight, and I expected a challenge similar to Ornstein and Smough, who (I will tell to anyone that will listen) is the hardest video game boss of all time. I could not have been more wrong. Not once did I have to worry about managing them both simultaneously, because they come at you one at time while the other one waits on the other side of the room. There are brief moments in between phases where they launch a single simultaneous attack, but even those are really easy to manage.

The difficulty (or lack thereof) is not the only thing that annoyed me constantly during my playthrough. The acting is bad. Really bad. If you have ever seen the web series, Dude, Where’s My Mount? where actions could only be achieved through the standard World of Warcraft emotes, then this will feel really familiar to you.

Harkyn will move his arms around far more than is necessary when saying something along the lines of, “How is this my problem?” or even, “Who are you?” On top of the bad acting, the story is presented to you far more clearly than Dark/Demon’s Souls, but you find that said story isn’t even really worth telling.

You find out fairly early on that Harkyn is a prisoner of sorts that has been tasked with saving the world from demons but that is about all you ever need to know. You never find out why he was a prisoner, and the decisions you make throughout the game have no real bearing on the overall plot, other than some bits of dialog in the closing cinematic. Harkyn’s character is not one that you feel particularly endeared to, and you find yourself glossing over the dialog so you can hurry up and get back to the overall “Hulk smash” premise of the game. 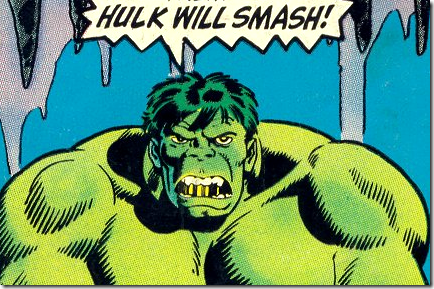 What The Game Did Right

Despite all of this, the game does have its own charm. For one thing, the game is beautiful (hence my metaphor earlier about a more attractive version). The armor is ornate and looks like it would feel right at home on a paladin in a World of Warcraft cinematic. Besides the look of the armor, you truly feel its weight. The way Harkyn moves, you can see that he takes strain carrying that weight around and the big weapons take a few seconds to land an attack due to their monumental size, which means that planning an attack and waiting for a window of opportunity is essential.

The world is also very interconnected, which harkens (see what I did there?) back to the first Dark Souls and that feeling of satisfaction when discovering a new shortcut, even if this does mean that you get lost quite frequently due to all the backtracking.

The game really isn’t bad, despite my major gripes, but as I said, you can’t help but compare it to the Souls series, which is where it comes up short. If, however, you were keen to play Dark/Demons’ Souls but were deterred by the difficulty, Lords of the Fallen is the perfect starting to point to getting used to that type of combat and perhaps make you reconsider giving the Souls series a try.

Our Rating
7
Lords of the fallen has been called a Dark Souls clone but that would only be true if Dark Souls was cloned by Dr. Alphonse Mephisto from South Park.
Reviewed On: Playstation 4
What Our Ratings Mean

Lords of the Fallen Articles
more »