10 humorous and memorable quotes from the founder of Aperture Science. Complete with lemons.
by Andrea Koenig

Cave Johnson: Founder of Aperture Science was an influential "absent" character that didn't really get to hit the mark as anything more than a character of the game's lore. That is, until he was made a prominent character in Portal 2, which had his archived automated recordings from over the span of decades broadcasted throughout the facility.

He might have been a man overwhelmed by his love for science and is assumed dead by toxic exposure to whatever made up those "moon rocks," but the man who technically never made a physical appearance definitely has some defining "words of wisdom." 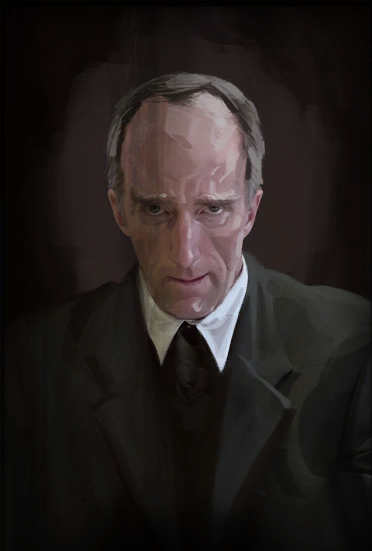 It's like he's staring into my soul. With science.

1. "Just a heads-up: That coffee we gave you earlier had fluorescent calcium in it so we can track the neuronal activity in your brain. There's a slight chance the calcium could harden and vitrify your frontal lobe. Anyway, don't stress yourself thinking about it. I'm serious. Visualizing the scenario while under stress actually triggers the reaction."

2. "Those of you who volunteered to be injected with praying mantis DNA, I've got some good news and some bad news. Bad news is we're postponing those tests indefinitely. Good news his we've got a much better test for you: Fighting an army of Mantis Men. Pick up a rifle and follow the yellow line. You'll know when the test starts."

3. "Now, maybe you don't have any tumors. Well, don't worry. If you sat on a folding chair in the lobby and weren't wearing lead underpants, we took care of that too.

4. "I've just been notified that one of our test subjects may have angered the Sentient Cloud by beginning testing early. Now, as you all know, the cloud has banned all camera technology- hates getting its picture taken. So, this'll have to be on the honor system: Will whoever started testing early please go outside so they can be consumed by the cloud."

5. "Greetings, Friend. I'm Cave Johnson, CEO of Aperture Science - you might know us as a vital participant in the 1968 Senate Hearings on missing astronauts. And you've most likely used one of the products we invited, but that other people have somehow managed to steal from us. Black Mesa can eat my bankrupt-"

7. "All right, I've been thinking. When live gives you lemons? Don't make lemonade. Make life take the lemons back! Get mad! 'I don't want your damn lemons! What am I supposed to do with these?' Demand to see life's manager! Make life rue the day it thought it could give Cave Johnson lemons! Do you know who I am? I'm the man who's going to burn your house down! With the lemons! I'm going to get my engineers to invent a combustible lemon that burns your house down! "

8. "[tap dancing noises] Attitude...and done. Hey! It's Cave. Someone's not daaaanciiiing. Come on. You know the law- testing IS NOT a dance exemption. Don't make me call the dance police."

These are just a small handful of so many quotes to choose from, but Caroline recommended shortening the list I had. Did your favorite Cave Johnson quote not make it to the list? Add it in the comments below.