7 features we want to see in Pokemon GO

We have high hopes for Nintendo's first venture into mobile gaming, Pokemon GO.
by Autumn Fish

After the Super Bowl ad, generations of Pokemon fans are starving for scraps of news on Nintendo and Niantic Lab's upcoming mobile game, Pokemon GO. Unfortunately, it looks like we aren't getting any meaty info until GDC this March.

When it launches, we expect Pokemon GO to dropkick the mobile gaming market into the stratosphere. Despite this, it is unclear how the game will play or when it will release. So we thought of some features we want to see in Pokemon GO.

In order to get into a healthy flow of trading variety in Pokemon, breeding is essential to include. If someone from your area goes on vacation or travels to an event, they may come back with a new Pokemon species that can be gradually introduced to other Trainers in your town.

This doesn't mean we should be able to crank out 300 Pokemon a day - we shouldn't even be able to breed that many Pokemon in a month. Giving eggs a timer and locking females from further breeding until recovered will work wonders for the purposes of Pokemon GO.

Catching wild Pokemon out in the world will be a far more personal and rewarding experience in Pokemon GO, which makes Pokemon Amie (or a similar feature) the perfect addition to the experience. Imagine taking your new Pokemon home after a fresh capture and bonding together through direct interaction.

Battles will be far rarer in Pokemon GO than previous entries of the franchise, so it shouldn't be the only way to train your Pokemon. They could gradually reward party Pokemon with EXP from activities like:

Wild Pokemon spawns are already confirmed to be linked to your environment in real life, while rare Pokemon are limited to specific areas of the world. If you live near an Eevee spawn, there's nothing stopping you from capturing a load of them and trading for any Pokemon you want at a Pokemon GO event.

A simple way to get around this is to cycle the rare Pokemon spawns every few months. If Eevee spawns in only a handful of "Plains" regions across the globe, rotate which "Plains" they appear in every so often. Trainers will never know what they're going to find when they venture out. 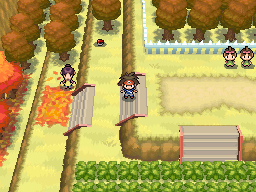 One amazing idea the 5th generation of Pokemon spit out was a seasonal spawn table. Even simply adjusting the spawn rates each for each season would help emulate a living ecosystem, but having a few seasonal Pokemon would encourage continual player engagement in the long run.

Natures, IVs, and EVs can all be too complicated to put into a game about traveling the real world to collect your Pokemon; abilities, however, fit perfectly. Not only do they make your Pokemon stick out among the crowd, they add an extra layer to the rock-paper-scissors style battle system.

What is Pokemon without a decent item system? We need Evolution Stones to evolve certain species, Pokeballs for aesthetic variety, and TMs to give our Pokemon unique move sets. Hold items such as scarves and berries would add a bit of unpredictability to battles. A few key items may even be necessary, such as the Fishing Rods to capture Pokemon around water.

What features do you want to see in Pokemon GO?

Pokemon GO will be a smash hit, there is little doubt about that. What features would you like to see for Niantic Lab's upcoming mobile game? Join in the speculation in the comments below!