Sonic's latest adventure has moments that recapture the best moments of past games, but they're spread too thin--both literally and figuratively.
by Joseph Ocasio

Excluding his recent TV spin-off games, Sonic the Hedgehog's track record has been pretty decent for the past several years. Sonic Colors was a great step in the right direction, with Sonic Generations perfectly capitalizing on the foundation and recapturing the Blue Blur's glory days. And while Sonic: Lost World had its detractors, it was still a well-made product. Sadly, Sonic Forces never manages to capture what made those games good.

While Sonic games have never been known for having strong plots, the last few entries at least knew how outlandish and convoluted the stories for these games could get and poked fun at the ridiculousness of it all. Sonic Forces mistakenly goes back to the earlier plots by actually trying to take itself seriously. This time, Dr. Eggman has recruited a powerful new ally called Infinite to defeat Sonic. They succeed, and Eggman manages to take over most of the world. Sonic and his remaining friends--including a new "create-your-own" character--form a resistance to stop Eggman and his new pal.

Like Generations before it, Sonic Forces splits its time between old and new. Modern Sonic will boost, speed, and homing attack his way through levels, while Classic Sonic jumps and spin-dashes through his portions. New to Forces is its character creation feature. There are tons of items you get to customize with once you beat a stage. Your character's gimmick is that it can use Wisps-based weapons that allow it to whip, burn, or otherwise destroy foes, as well as use each weapon's secondary ability.

It's the length of Sonic Forces where everything starts to fall apart. It'll take you about three to five hours to get through the game. It's not that Sonic Forces is a short game, it's that each of its 30 levels is over far too quickly; most can be completed in around a few minutes. That's it. Just when you're starting to get really into a level, it ends, and you never feel wholly satisfied. Sonic Colors and Sonic Generations were relatively short experiences, but they made up for it with levels that went on just long enough to not overstay their welcomes. Outside of the main story, there are some side missions that do little to change up the main structure. You can replay levels in order to up your score, but it's still not a good incentive to replay.

Despite a few instances, later on, of annoying trial and error that the series is known for, most levels in Sonic Forces are decently designed and feature an abundance of robots to destroy and loops to run around in. While Modern Sonic spends a bit too much time constantly bursting through levels, with little to do, it's still mostly enjoyable. You just wish you had more control in these sequences. The created character plays mostly like this, and though it's more combat-oriented, it still plays like Sonic. The abilities it uses are fun and do a decent job of mixing thing up. Outside of a few instances of top-down areas that suffer from bad controls, using this character is still a fun experience. There are even a few levels where you and Sonic get to team up. 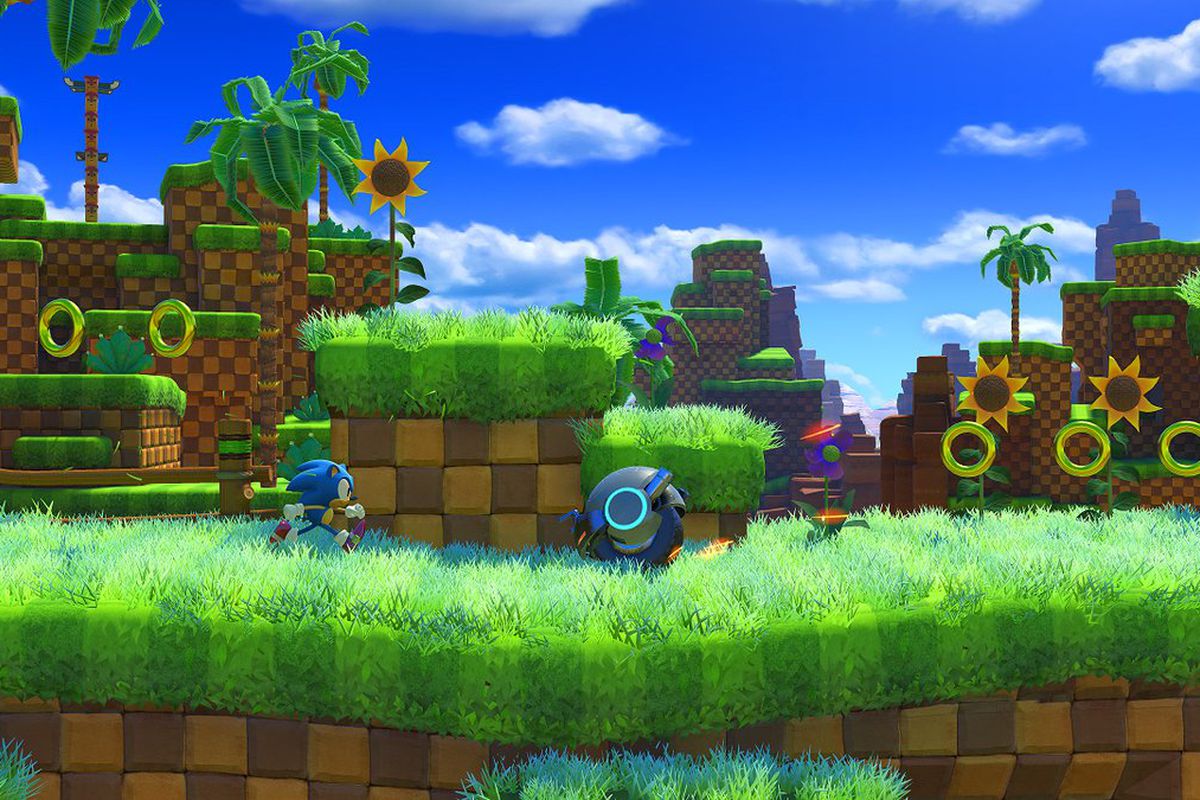 Classic Sonic levels, meanwhile, are just okay. Nothing about them is bad, but they're just average. You jump, platform, and spin-dash, but nothing is really memorable about them, seeing how short they can be and especially coming off of Sonic Mania's excellent level design. It almost feels like these levels were made by an amateur using a Sonic version of Super Mario Maker. It's still 2D Sonic, meaning it's still enjoyable, but it's kind of just there.

In terms of presentation, Sonic Forces looks and sounds solid. From Green Hill and Chemical Plant to Metropolis, Sonic Forces does have decent visual variety to its levels. That being said, the worlds you inhabit start to blur together. Dark factories, evil bases, and ruined cities begin to stand out in the worst way when mixed with the colorful cities and worlds Sonic is known for. While the version I played was on the Switch, it should be noted that Sonic Forces does run at 1080p/60fps on PS4 and 720p/60fps on Xbox One. The Switch runs at 720p/30fps regardless of whether you play it docked or handheld. It's not as responsive and does look rougher, but it still gets the job done. The music is a pretty good mixture of Genesis-style music and the rock that Sonic is known for, and the voice acting is fine.

The bottom line is that Sonic Forces looks, sounds, and plays well enough, but its levels feel too automatic and short to feel satisfying like past games. Even at the price of $40, it's still asking too much for what's offered. After the excellent Sonic Mania, you'd think SEGA and Sonic Team would have stepped it up. While there was love and care put into Sonic Forces, and it doesn't feel like a rushed, broken cash-in like the worst Sonic games, it never manages to reach the quality of the franchise's heights. Sonic fans should at least give it a rental or wait for it to go on sale, but everyone else will be left in the dust. It feels like it's been said for a while, but maybe next time, Sonic Team will get it right.

Our Rating
6
Sonic's latest adventure has moments that recapture the best moments of past games, but they're spread too thin--both literally and figuratively.
Reviewed On: Nintendo Switch
What Our Ratings Mean