Total War: Warhammer — Skaven and Elves Could Be the Next Playable Factions

Clues in-game may point to the Skaven and High Elves as the next playable factions.
by Ian Ilano

Total War: Warhammer was a huge hit, and Creative Assembly intends on taking that success all the way.

We already know of their plans to introduce new factions in the game. Considering the game's size, the hard part is going to be guessing which faction they'll add next.

However, thanks to various in-game clues and some mighty fine detective work, it's safe to say that the Skaven and Elves are going to make an appearance.

For quite some time, players have been requesting the Skaven as a playable race. While it was shocking to see they weren't an initial faction, Creative Assembly did say that they would become a playable faction at some point.

And they've hidden some clues to hint at their approach. 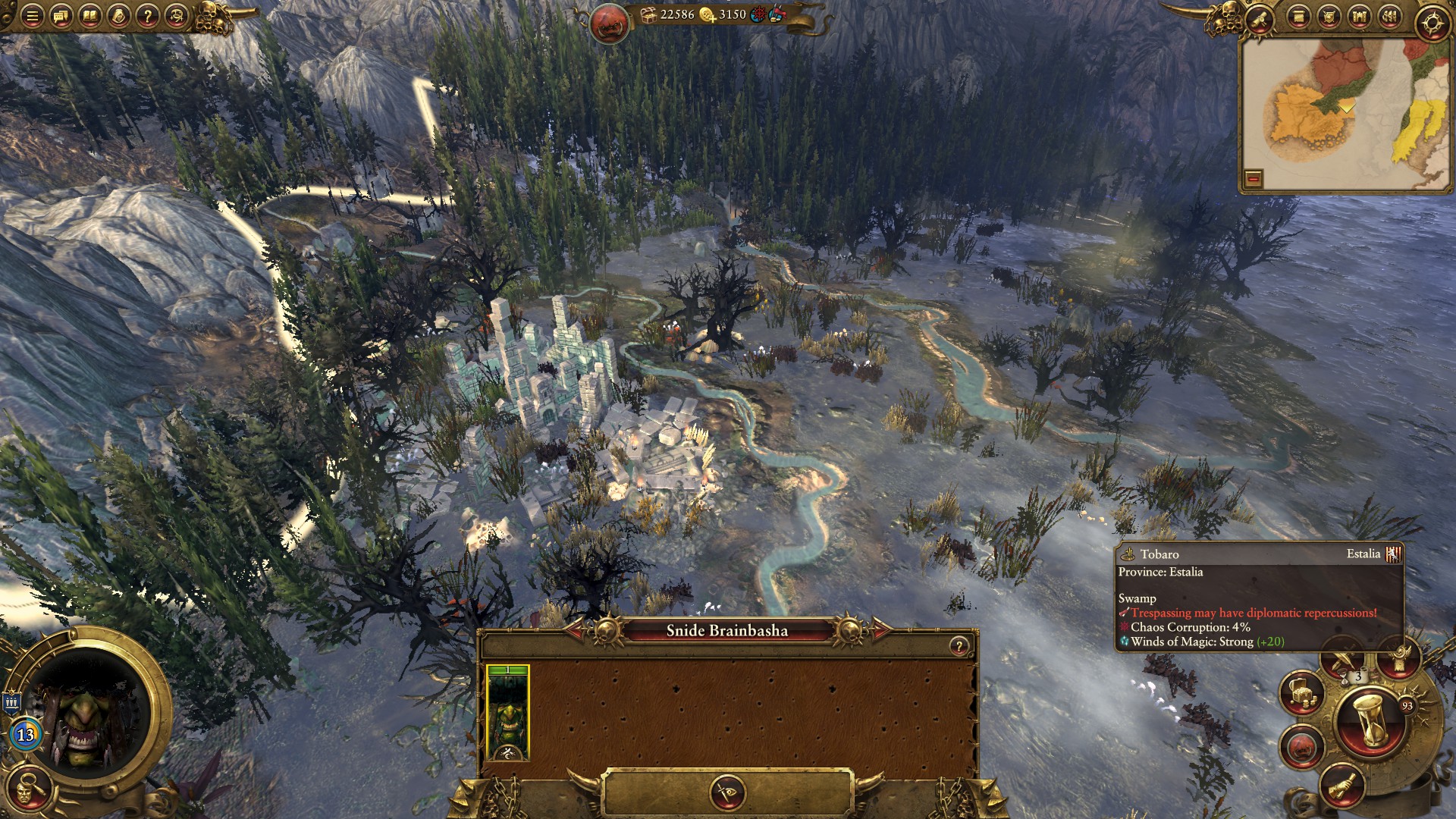 This is where the capital of the Skaven Empire is said to reside.

The heart of the Skaven Empire is on the map.

If you look in the Estalian province, you'll see a ruined city where Skavenblight is supposed to be. If you don't know, Skavenblight is the capital of Skaven race, and is home to thousands of scurrying tunnel dwellers who live underneath the ruins. This could be the starting area of the Skaven campaign.

An in-game event is the result of Skaven kidnappings.

In the game's campaign mode, you'll sometimes be notified about a significant amount of your population disappearing. Unfortunately, nothing is known about their disappearance. All that's left is a "mysterious triangular symbol."

It's no coincidence that the Skaven's symbol is triangular too.

The Skaven are known for kidnapping those above ground and using them to conduct horrible experiments. This event, while small, could be indicative of a future Skaven uprising.

These two clues guarantee that we'll be seeing the Skaven in the next expansion. Whether friend or foe, that's still up in the air. The red portion of the map is what is present in Total War: Warhammer.

The most shocking part about the game's release was the complete absence of Elves. While you can attribute that to their faraway homeland, it's still strange to see a Warhammer game without its fair share of pointy-eared folk.

However, that may soon change.

You can't have naval combat without the High Elves' navy.

While the Orcs have their massive hordes and Dwarfs, their guns, the High Elves' have the most powerful navy under their command.

Game data files show that naval units cards have already been created. If Creative Assembly plans to introduce naval combat into the game, they have to make it a goal to familiarize us with the most powerful navy of the Old World.

Lords will remark about "dark fortresses that travel the sea."

Where the High Elves have their vast navy, their counterparts — the Dark Elves —are the most ruthless and cunning pirates. The "dark fortresses that travel the sea" could allude to an impending Dark Elf raid.

The forest of Athel Loren is present.

Unlike their cousins, the charming Wood Elves found refuge with the spirits of the Athel Loren, which is present in the base game. Although it's seemingly a simple forest, this could end up as the Wood Elf starting zone when they are introduced. Athel Loren's appearance is vast and green just like in the lore.

What's beautiful about the Warhammer universe is that its so large and expansive that Creative Assembly has the freedom to introduce any faction. Ogres, Tomb Kings, Lizardmen — there's a whole array of factions to choose from.

But if we're going to construct a solid argument about which faction is expected to come next, based of the clues present in-game, the Skaven and Elvish races seem to be the most likely.