All Bloodborne players to receive new content patch: The League

Become allies with a faction of NPCs and gain their assistance and leaderboard status.
by Andrea Koenig

While all of you Bloodborne fans are waiting around and shouting your hype about the latest DLC coming up this month, the latest update announcement will be outside of the DLC and inside everyone's games.

Everyone, even those who will not have the latest DLC expansion: The Old Hunters, will have access to this new material patch.

So what does this patch entail? Well, they call themselves The League. 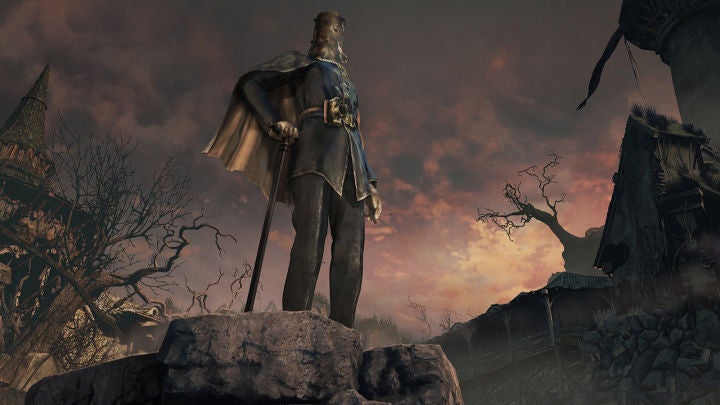 PlayStation announced a player-wide addition of something called "The League." This is the name of a faction of Hunters under a single oath and purpose. They are NPCs, and your hunters can choose whether or not to align with them. Their leader can assist players online in the game and compete for a spot on their personal ranked leader board.

The League also offers players co-op assistance. Players can use The League Cane item and summon NPC members of the comradery to complete challenging sections of the game, such as a difficult boss.

PlayStation also alludes to other content that will be available in the patch, but it seems like they'll be keeping it under wraps for now. This includes an official release date for the patch and whether or not it corresponds with any content for the upcoming DLC. 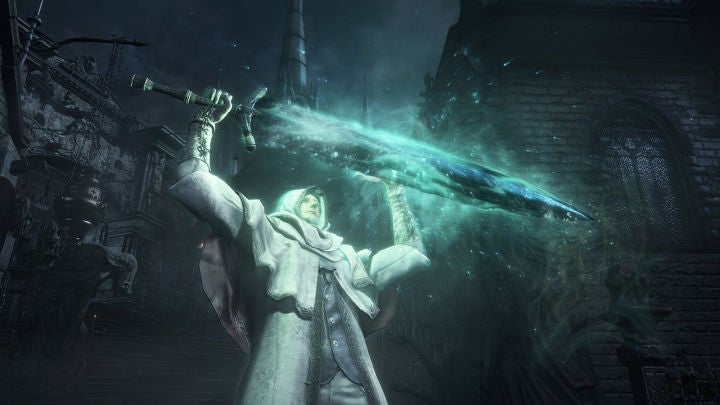 To hold fans over, a preview of a new weapon for The Old Hunters was provided instead. It's called "The Holy Moonlight Sword" and holds mysterious power that only some hunters can wield. The DLC will also have new areas and other new weapons and items.

The Old Hunters DLC is set for release November 24th of this year. If you pre-order before this, you are eligible to receive a bonus PS4 theme.