How to play Splix.io if you have no idea what you're doing

Splix.io isn't complicated but when you first start you may be fumbling on how to play. Here's how to play for all you newbies!
by Tobbpitt

You may not have heard of Splix.io before today and that's understandable. After all there seem to be dozens of .io games floating around these days and it's not possible to keep track of all of them.

Splix.io is one of the few that have been steadily growing under the radar and it seems to be on the cusp of blowing up like the big three have. Every server I've been on has been sitting at around 100 people at a time and there are multiple servers. It's a good sign for this game's future popularity.

So here you are: You've loaded up Splix.io, watched the tiny tutorial under the name input on the site, and.. you die. You die over and over, maybe watch the little tutorial repeat, and go in with a newfound sense of what to do. At least so you think.

It can take a bit to figure out how to play properly, so here's what's up with the game in convenient text form:

How to play Splix.io

Your goal in Splix.io is to take over as many blocks (essentially your territory) as possible while protecting what you've already claimed from other players. The more blocks and kills you get, the higher your score and the higher you are on the leaderboard.

How to take over new blocks

In order to take over and color in new blocks you need to expand out of your territory, surround a section of gray blocks, and return to your already-established territory. In bullet points the process is: 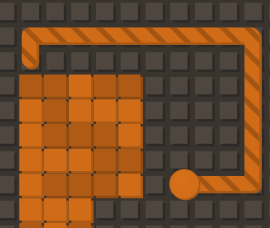 Your body has two points: your head and your tail. You don't have to worry so much about the head, but if another player hits your tail it's game over. You have to take this into account as it's going to affect literally every move you make.

When you leave your personal colored territory your tail is vulnerable so you want to take over new territory very carefully. When you're new to the game stick to taking smaller areas at a time with smaller square shapes. 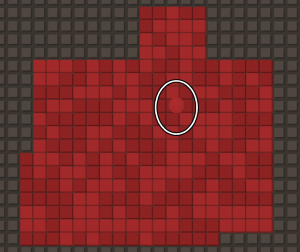 How other players kill you (and you can kill them)

This can also be a little confusing when you first start, mostly because new players overextend. 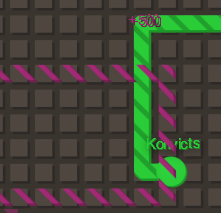 As mentioned above, if another player hits your tail you die. The same goes for them: if you see another player outside of their territory and run into their tail, they will die. This is why you don't want to stray too far from your territory even in situations where you think you're alone.

Killing isn't totally necessary but you'll often find you want to go out of your way to kill other players encroaching on your territory.

That's it for the "how to" for basic Splix.io gameplay. The game is certainly one of the more unique .io games to have surfaced over the past few months and it's deceptively simple gameplay is easy to get addicted to, not to mention the rage from other players messing with your territory. With a little practice you'll not only get the fundamentals down, you'll get good at Splix.io.