Once the epitome of PC gaming, now collecting dust in the bottom of a cheap second hand electronics store clearance bin, the RTS genre is dead.
by Skrain

The real-time strategy (RTS) genre defined an era of video game history. Beginning with a meteoric rise into popularity near the end of 1992, the reign of strategy games lasted for over a decade before fading back into a nebulous void.

But how did strategy games dominate the market for so long? And perhaps more importantly -- what happened? The strategy genre today is considerably more niche than it used to be, and influences the AAA market far less than it used to. Though the scene is still very much thriving, it's been relegated more frequently to the indie space than it has in the past. Let's investigate the rich, complex history of this genre and see what answers we can dig up.

The Simple Beginnings of the RTS Genre

Real-time strategy can be traced back to the barely-known game Utopia, which was released in 1981. The game is credited with being the original foundation upon which future RTS games were build, as it introduced many systems and mechanics that define the genre today. (It's also credited with being the first sim game or god game.) Designer and programmer Don Daglow was one of the driving forces behind the title, which means he's the one to thanks for the extensive-yet-subtle impact that Utopia had on the genre. Don is a lesser-known saint in the industry, and strategy fans everywhere owe him their regards for the RTS games they know and love today.

A year later, in 1982, Dan Bunten and Ozark Softscape created the next strategy iteration, Cytron Masters. This game is where the genre got its "resource point" mechanic from, as it was the first one to feature generators scattered across the map. This sort of system is still present in most modern RTS games, like Warhammer 2, and has even made the move to the more recent strategy spinoff genre, MOBA games. RTS players will likely recall seeing this concept in many games since Cytron Masters, and it could be argued that all those later iterations for the idea from this early 80s game.

RTS Breaks Into the Big Time

The first true RTS gem came in 1992 when Dune II was released. Developed by the legendary Westwood Studios -- who would go on to create another titan in the genre called Command & Conquer -- this game set the standard for base building and resource management that Westwood's future games would be based on.

Other big-name releases in the genre, like Warcraft and Starcraft, also adopted the Dune II formula between iterations and expanded on it to further refine this emerging genre. In 1994, two years after D2's release, Blizzard Entertainment launched Warcraft: Orcs and Humans. Though not exactly known for pioneering genre-defining features, it still changed enough that the ramifications were felt in RTS titles for years afterwards. This Warcraft entry introduced random map generation in multiplayer matches -- and it turned out to be a huge step, since every single "Golden Age" RTS since has picked up the idea and run with it.

Additionally, the first Warcraft game helped sway many fans into believing that the future of RTS was in multiplayer. A human opponent would always offer more challenge than even the best AI, which meant players could better exercise their strategic skills. The tactics, replayability, and overall enjoyment factor were also vastly improved with the introduction of multiplayer, and the genre began to gain some serious popularity as a result.

More often than not, the term "Golden Era" is subjective no matter what it's applied to -- be that a country, philosophy, or video game genre. But I think most fans will agree that the RTS genre had a sustained and easily definable Golden Age.

When the aforementioned Westwood Studios released Command & Conquer in 1995, it added a number of features to the genre -- most notably, live-action cutscenes that had a campy fondness to them. But other than that, C&C didn't innovate so much as it perfected and reinforced mechanics that had already been introduced to the genre. Using the foundations laid by previous titles, this game built a glorious structure that led to massive success.

That same year, Blizzard released Warcraft II: Tides of Darkness. And the ensuing rivalry between the two games is often cited as what sparked the explosion of the RTS genre in the years that followed.

In the midst of this explosion, Age of Empires was released two years after C&C and Warcraft II. Often described as Civilization meets Warcraft, the game was a hit with fans and critics alike -- both of whom praised it for its graphical quality, unit variety, and unique scenario builder.

And thus the stage was set for the big boom of RTS games. With C&C, Warcraft, and Age of Empires dominating the market and engaging fans in brand new ways, there was an unprecedented opportunity for developers to get into the genre and bring it into the mainstream.

When 1998 rolled around, the RTS genre finally entered its long-lasting golden age. The release of Starcraft and its Brood War expansion marked the beginning of an active franchise that's still living (and being revitalized) today.

1999 saw the release of three extremely popular RTS games -- Age of Empires II: Age of Kings, Command & Conquer Tiberian Sun, and Homeworld. If you want to get an idea of how successful these games were, just take a look at C&C Tiberian Sun's sales numbers. Within a month, the title moved over one and a half million copies. And sales only increased when the Firestorm expansion pack released a year later. 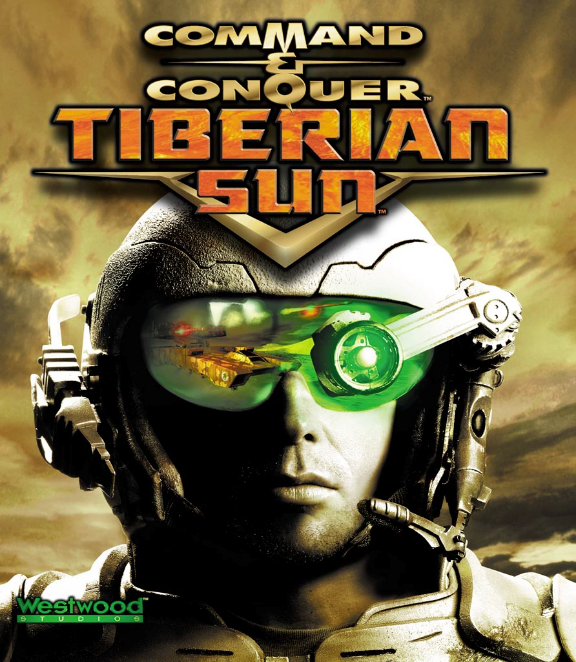 In the years that followed the dawn of the RTS age, games like Command & Conquer Red Alert 2, Empire Earth, Homeworld 2, and the legendary Age of Mythology were released. But the highlight of this time was the incomparable Warcraft 3. With these releases, the early 2000s were a fantastic period for strategy fans and a new generation of gamers.

In the latter part of the 2000s, games such as Company of Heroes and Men of War also made their debut, offering unique experiences for RTS players by allowing squad, platoon, and even single unit combat and control. They also introduced innovative control methods for directly controlling a unit's actions.

This golden era culminated with Starcraft II: Wings of Liberty in 2010. This Blizzard strategy game launched to enormous critical acclaim, and exploded onto a burgeoning competitive scene -- creating an eSports phenomenon that continues to this day.

The Beginning of the End

Pinpoint the exact moment that the RTS genre began to decline is a little difficult. There's no specific year that we can point to and say "yep, that's when it all went bad". Some sort of fall comes naturally after such a dramatic rise, but precisely where it began with RTS games is subjective. But if you ask me, most speculation leads many to say that it really started around 2004 -- shortly after Warcraft 3 released and in the midst of the golden RTS era.

Up until (and including) Warcraft 3's launch, many popular RTS games helped define the genre, adding new aspects and unique mechanics as the years went on. Eventually, the RTS formula was "perfected". Once that happened, many strategy developers went the safe route and just copied the template that they knew would work -- and innovation came to a grinding halt. The result was stagnation and eventual lack of interest from developers and fans alike.

Many good games came out during this period, sure. But as more RTS releases came to the market with less meaningful differences each time, the genre garnered less and less interest than it had in previous years.

Competitive eSports could have also contributed to the decline of the genre. The active tournament circuit for Starcraft Brood War had a serious following, which helped boost its visibility and attract new interest in the game and the RTS genre as a whole.

But as eSports became more and more popular, other games and genres began saturating the space. FPS scenes like Counter-Strike and Call of Duty drew lots of fans, and MOBAs like Dota 2 and League of Legends began dominating the competitive gaming scene. As these new titles began attracting serious followings, RTS lost its hold in the eSports scene and left the limelight.

Though they may have gone into a marked decline and the genre doesn't enjoy the same mainstream popularity it once did, RTS games never really went away. We still have plenty of new games trying to iterate on the formula -- like the recently released Tooth and Tail or Empires Apart, which just entered beta.

What remains of the RTS genre isn't what it used to be, though. Since its fall from grace, some aspects of the genre have evaporated entirely -- but for the most part, they've dispersed into a number of sub-genres that simply feature aspects of RTS mechanics. The Total War series, for example, is one of the top-grossing strategy franchises on the market right now. But I'd struggle to call it a true RTS in the typical sense.

Other major developers, like Paradox Interactive, have focused more on the Grand Strategy market. Games like Crusader Kings, Europa Universalis, and Hearts of Iron enjoy persistent and dedicated fanbases, but in a much more niche sense than the games that (grand)fathered them.

All in all, gamers who loved the RTS genre in its heyday are having to scratch the strategy itch elsewhere in the market these days -- finding a new home in fledgling Grand Strategy or turn-based tactical franchises.

What Happened to RTS? It Shot Itself in The Foot.

Considering the history I've chronicled above, it's safe to say that the RTS genre collapsed under the weight of its own success. With companies like Westwood, Blizzard, and Relic Entertainment developing and releasing ground-breaking games almost yearly for half a decade, the bar was constantly getting raised. Expectations for RTS games skyrocketed with each lightning-in-a-bottle game, until developers were forced to stall innovation in favor of repeating a near-perfect formula that was guaranteed to work.

RTS developers didn't make a mistake in doing so -- and we still got some amazing content in the aftermath of the initial boom. But the innovation that drove the genre in earlier years disappeared, and its growing popularity followed not long after. Even dedicated RTS companies like Paradox eventually branched out in strategy-related genres like tactical FPS, MMO, MOBA, and others that were siphoning gamers away from real-time strategy experiences. At some point when innovation inside RTS became impossible, these developers started to innovate the genre itself and morph it into a number of other niches that fans still enjoy today.

Perhaps one day we'll see RTS games rise like a Phoenix and enjoy a Renaissance that shocks gamers around the world. But that won't happen if developers try to beat the same dead horse they did a decade ago. Perhaps some new prodigal developer will come along and recapture the low-tech magic of the genre in the late 90s. I don't plan on holding my breath, though. I'll probably just play Europa Universalis instead.