The 5 Most Stressful Video Game Moments

People say games are good stress relievers, but there are many games that do the opposite...
by Extra Wordinary

Games are a great form of entertainment. They allow us to relieve stress and forget about our daily struggles. In video games, we can be anything from superheroes to superdads.

But along with making our fantasies come alive, games can also make our worst nightmares come true. In fact, some games are ruthless -- and will put the player under loads of pressure. Here are the five most stressful moments in video games.

Of course, there are spoilers to follow, so continue with caution. In Call of Duty, you are the hero. In Spec Ops: The Line, you are the monster. And in one of the most memorable scenes that demonstrates this, the player is forced to obliterate the enemy with white phosphorous.

And as we walk through the fields of fallen enemies in Spec Ops: The Line, not only do we realize the horrors we've committed, but we discover that along with the enemy, we've killed nearly 50 civilians in the process.

There are many games like this which put the gamer under a lot of stress through their immersive narratives and gameplay, but nothing makes us feel more troubled than this horrific scene in Spec Ops: The Line.

Being Unable to Find Any Food in '7 Days to Die'

In 7 Days to Die -- and other survival games with hunger mechanics (e.g. Day Z, Project Zomboid, and Don't Starve) -- players are forced to ditch all other priorities and look for food.

In 7 Days to Die, being hungry means you'll die a slow, painful death -- as your health ticks down by the second. It'll force you to do whatever it takes to find that scrap of food that'll keep you going for a little longer. Sometimes, it'll even force you to eat whatever atrocities you can find: old ham sandwiches, moldy bread, zombie meat, or rotten flesh.

Being thirsty is even more stressful. While you'll live longer if you're just hungry, once you reach 0% thirst, you can die at any second. The game won't tell you when you'll die, just that you know it's coming soon and you'll do whatever it takes to prevent it (sometimes even drinking water from toilets).

Those who have been in this situation will know how stressful it is to watch your character's life tick away as you search every cabinet for food or water.

When You are Defusing a Bomb in 'CS:GO' and Hear Footsteps

While no-one knows exactly why the terrorists plant bombs in Counter-Strike: Global Offensive (supposedly it's to destroy something important), the player knows that they are tasked with an important mission -- defuse the bomb. And in CS: GO, doing so can be very stressful. Here's why:

Regardless, there are also several tricks the bomb defuser can do make things bit less stressful, such as pulling the pin of a grenade before starting to defuse the bomb. This allows the player to throw the grenade (usually a flash grenade) while defusing the bomb.

In CS:GO, defusing the bomb only requires holding down the E button and waiting 10 seconds. In other games such as 'Dark RP,' when you try to hack a security lock, a menu pops up (filling the entire screen) and forces you to play logic mini-games. Not only do you have to be worried about your surroundings, but your focus must also be on solving the mini-games.

Startling the Witch in 'Left 4 Dead'

Startling the witch is a lot more stressful than startling a screaming zombie.

The Witch is a special infected in Left 4 Dead that can instantly incapacitate any player who startles her. She runs extremely fast and getting too close or shining a flashlight on her will cause her to startle.

Accidentally startling the witch is a death-sentence -- and even in groups, players tend to avoid her by sneaking past or waiting until she wanders away. If you startle her and you're alone, then you're probably dead meat.

When You Make a Mistake in 'Papers Please' 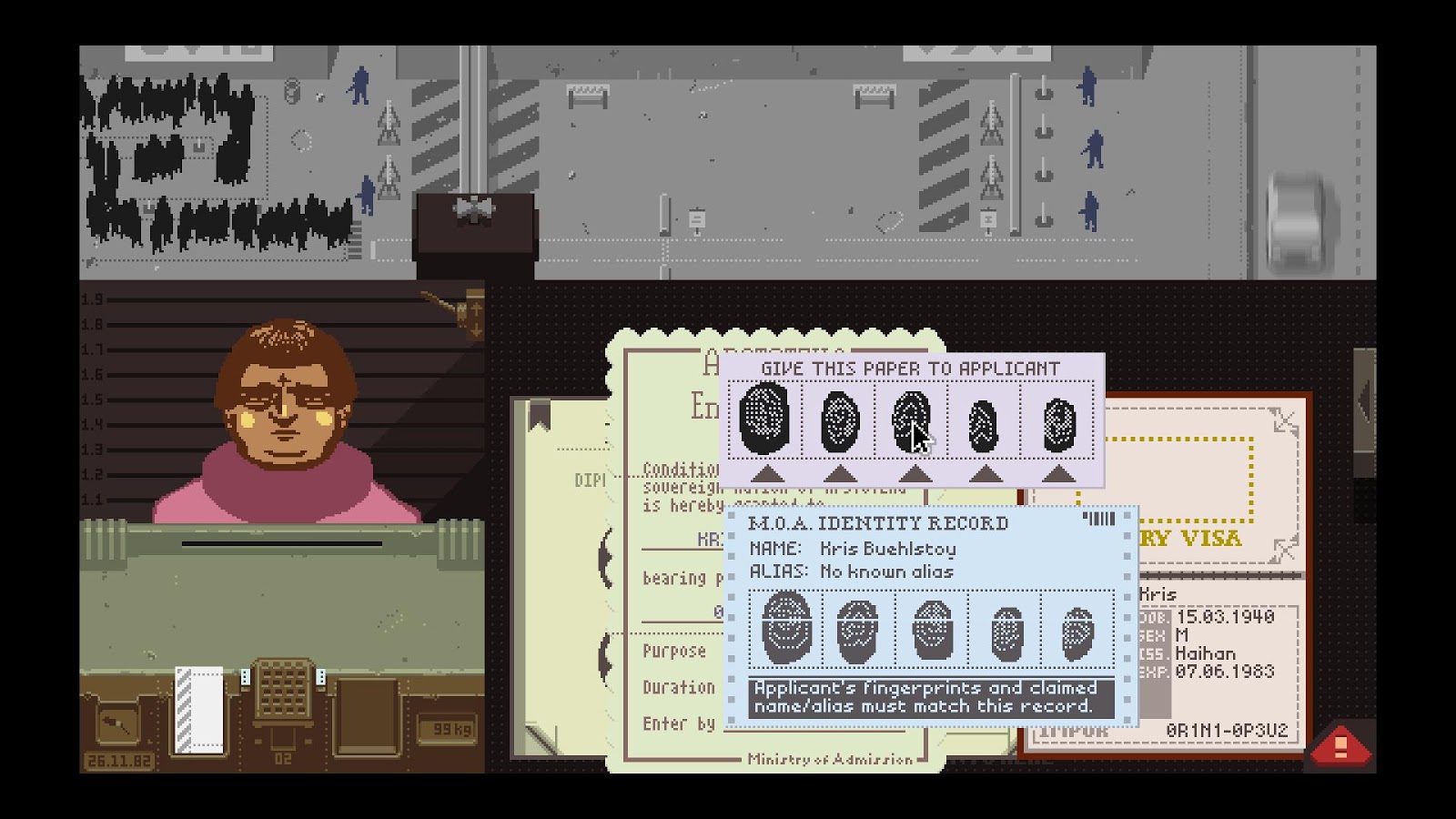 In Papers, Please, you play as a border-control guard where you must reject or accept immigrants into the state based on a certain criterion (which changes day by day). Each day, you must work against the clock in order to support your family who are starving and freezing.

The more immigrants you correctly admit or reject, the more money you will make -- but you only have a certain time limit to do so each day. Making even a few errors will almost certainly result in financial problems including: inability to buy medicine for your sick family, not having enough warmth, and not having enough food. Things like these will eventually lead to the death of your son or wife.

Making too many mistakes will also result in you losing your job or being unable to pay your rent. In this game, you are put under a lot of pressure to perform at a high speed with minimal errors. You will certainly feel the stress building up with each mistake you make.

Overall, games have a pretty diverse way of making us experience stress. Whether it be through making us realize the dark side of human nature (as in Spec Ops: The Line) or making us anticipate danger (as in CS:GO), many of these games show that stress is as much a part of video games as it is in daily life.

What have been the most stressful video game moments for you? We'd love to hear your stories! Share them in the comments below!

I'm a writer with a passion for psychology and game design.