Become a 911 operator in a rather nice looking game via Kickstarter!
by Dustin Frisch

Today I stumbled upon a rare gem of a game, which is about being a 911 operator. The game is being created by PlayWay a team based in Warsaw, Poland, using funding they've raised via Kickstarter.

Note that the maps must be downloaded and are not in the base game.

The game is about emergency services in well-known locations throughout the world -- like New York, London, Berlin, Moscow.... and some smaller ones like Albuquerque, Kaposvár, Windhuk, Sandomierz, etc. It's completely the players choice where among the 8,000 available cities they patrol.

911 Operator seems to want to show how hard the job of a 911 operator actually is, along with EMTs, firefighters, and police officers. Players are going to be managing every single one of those people. You are putting a lot of lives on the line in some situations. 911 Operator  is going to be using 50 realistic call types, with each being recorded to show emotions, and most being based on true events.

Every dialogue choice is going to have different implications, and it's going to be up to the player to decide how they want to proceed. Will you choose to help the caller, or ignore them? Will you offer good instructions, or bad? You also can tell them to wait for EMTs to arrive rather than offering any help at all. One example PlayWay used is heart action stop, major injuries, childbirth, choking, accidents, drowning, and other unknown incidents which are in the game.

There are two gameplay modes in 911 Operator: management and duty. During duty mode you'll be answering calls and dispatching the needed emergency services to the location. You will also be getting other reports from your teams or other operators. It will take 10 minutes to go through this mode in the game. 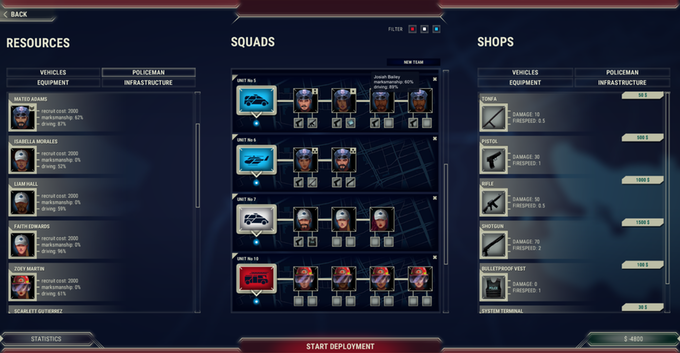 After duty mode has ended, you can access the management mode. You're able to recruit new staff members, buy vehicles, equipment, and watch other action reports. This is where you find out what happened to your callers, be it good or bad.

There will be loads of content in the game with plenty more to come. For now you can explore the campaign mode, where you play in cities like San Francisco or Washington DC that are facing growing threats and a lot more challenging things going on. You may be operating up to 20 teams at once, and this will be stressful. Some planned missions may include a sporting event, protesting, natural disasters (earthquakes, tornados, etc), floods, and fires, which you must handle properly to advance in the game.

There are over 140 different kinds of generated reports to help spread out so you don't keep getting the same calls about the same thing. Some calls may include getting a cat down off a tree, dealing with minor injuries, fires, bombing and terrorist threats, accidents, and natural catastrophes. Each one requires a different team to handle, and it may get harder as it goes through.

If this sounds like something you'd be interested in, you can visit the Kickstarter page for more information or to back the project.

PlayWay is a small company of 5 people based in Warsaw, Poland just starting to make their way into professional game development. PlayWay seems to really enjoy innovative gameplays and maps, as you can see on their previous project, Modern Wizards.