Why do tough games like Dark Souls still exist despite the niche audience?

Despite what some fans may want to argue, the gaming industry is first and foremost a business. Your favorite company? Yeah, they do care about you to a degree but they need to rake in profits at the same time. The fewer copies of games sold, the more trouble the developers are going to be in.

In order to keep copies selling consistently, appealing to mass market is the safer way to go. After all, the larger the consumer base the higher chance the game will do well. 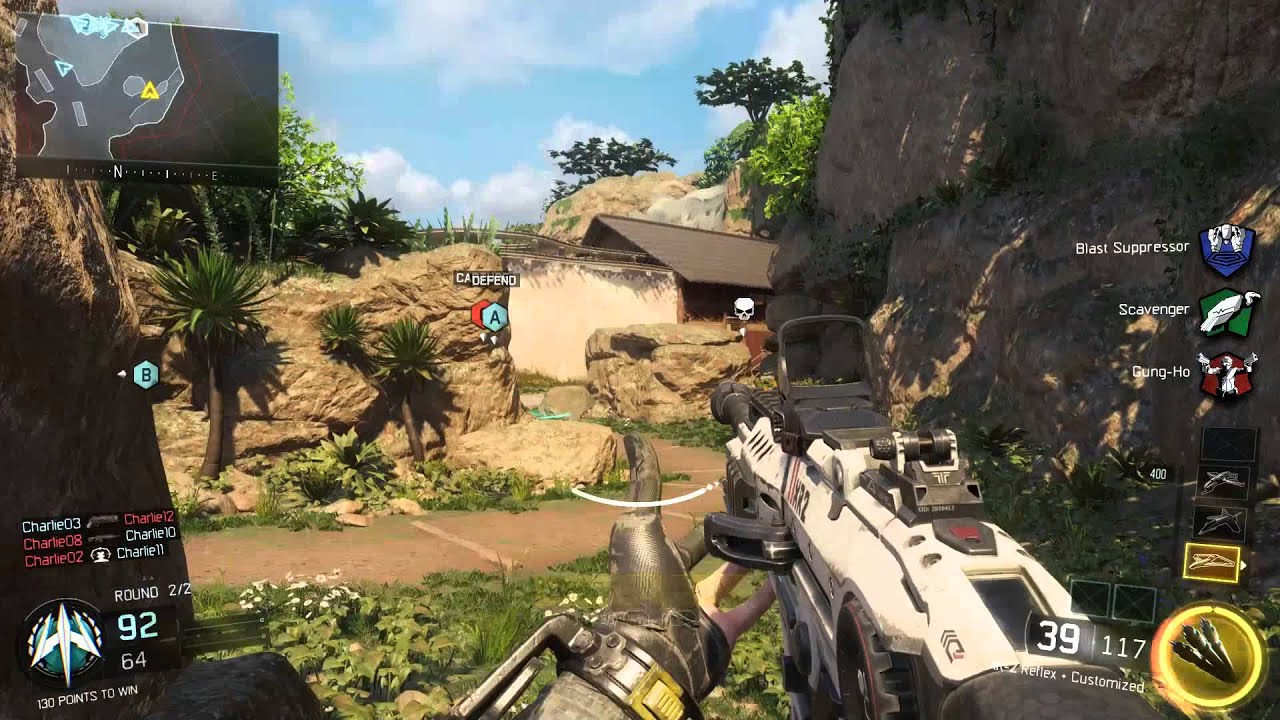 The reason why games like the Call of Duty series remain popular despite there being (arguably) better choices out there offering a more immersive/realistic first person shooter experience is that they offer the path of least resistance to someone new to the game. The kill streaks, the time to kill, the way the map is laid out...it all comes together so that even the most average player on the battlefield can feel rewarded.

These sorts of games have the term 'casual' coined to it. While I personally dislike the term since it's got a negative aspect to it--at least in the gaming world, it is true in the sense that these games don't ask too much of the player and so is more accessible to a larger portion of the player base, especially since these games are less time-consuming.

The way most modern games are, they're designed to appeal to everyone

How then, do games like Dark Souls manage to stay relevant despite being the polar opposite of what I just described?

These games ask a lot of their players: they're difficult, require many more hours of play to master and place a barrier between the player and the reward if they fail to complete the task that is required of them. 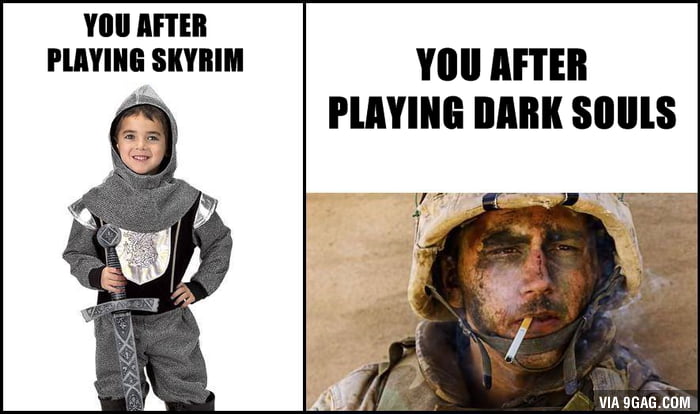 The game's difficulty is notorious for discouraging new people from giving it a try. One of the most common fears they have is their experience will be ruined if they get stuck at a certain point, preventing further advancement.

This is a legitimate concern. After all, paying full retail price for a game means you're entitled to the full experience...so when a game prevents you from getting it because of its difficulty level, it makes sense that it is a turn off for some. 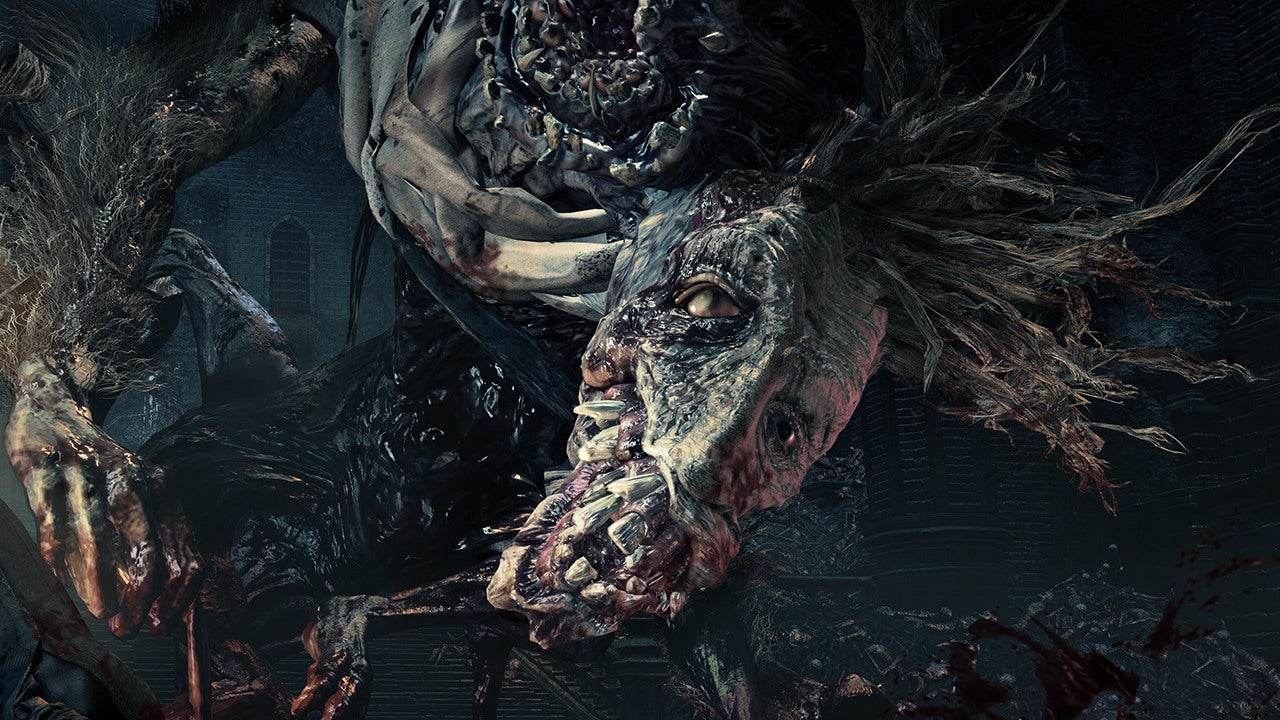 Take Bloodborne's latest DLC for example. Many players were put off by the spike in difficulty, especially those who were working on a New Game +. The first boss battle is one of the toughest out of any game available right now and there are some Bloodborne players out there who've simply given up on the DLC.

Despite this notoriety, it is precisely the approach the Dark Souls series takes with its difficulty that sets it apart from the rest.

Yes, some people are attracted to the series for the difficulty and it's easy to see why: the way most modern games are, they're designed to appeal to everyone. That includes gamers of all ages and so games have adjusted their complexity accordingly.

Who else misses this? You know...back when you didn't have the same cookie-cutter build that other priest had?

A simpler game also requires fewer hours invested to achieve some form of satisfaction as well. We've seen games like World of Warcraft 'dumbed down' over the years (particularly with the talent system), health bars removed from first person shooters, emerging MOBAs removing the last hitting mechanic entirely...the list goes on. All of this is done for the aforementioned reasons. Honestly? It's not too bad in the grand scope of things since it allows people with less time to invest in their hobby to jump right in.

While I dislike how easy games are getting, I don't outright hate it. After all, the more people who pick up video games and realize they're more than what they used to be the better.

But... This leaves the players who want a genuine challenge feeling unsatisfied at the end of the day. The Witcher 3's Death March difficulty comes recommended by almost everyone since it makes you approach combat more thoughtfully, much like a Witcher should. The combat is enhanced as a result while not making you want to gouge your eyes out.

There is a common misconception that the Dark Souls series is just that, a difficult game that was made for the sake of being difficult.

This is not true.

The series uses its difficulty in a way to enhance the player's experience. The game doesn't hold your hand or go out of its way to explain everything to you. In that way, what makes the Dark Souls games so different is that it trusts the player to figure things out their own, something that newer games forget to do. If a boss trounces you, it doesn't give you helpful hints or reveal an obvious weak point. It allows you to make your own mistakes until you finally figure out what to do.

In regards to the story, the game never outright tells you everything, leaving you to piece the clues together and even then your interpretation of the story will probably be different to someone else since there are certain things that can be easily missed by the player.

It's all rather refreshing and adds to the experience since the player is in for just that with the Dark Souls series: An experience.

If a game is guiding you through everything, explaining everything, offering you little resistance, then it is less of an experience and more of you just being another passenger along for the ride. Which is more valuable? An experience or the opportunity to bear witness?

That is the reason why the Dark Souls series has grown from being a niche hit to what it is today.

While the series has gradually become more accessible to new players, it has been unrelenting in its difficulty. It doesn't worry about the mass market appeal, instead focusing on giving the player the experience that only a Dark Souls game can offer and it is that much more successful for it.