Game journalism has come under a lot of fire recently from the denizens of the internet because of the fact that they address social issues that are important to society at large. However, when they mentioned online, these people are viewed as pariahs by the masses, often called “Social Justice Warriors."

What is a social justice warrior?

More or less, it’s a  term for someone who tries to mention something about social justice on the internet. When it comes to video games, it basically refers to anyone who mentions that something might be sexist, racist, elitist, or any other possible social injustices within a video game itself.

In general, the vocal minority of the online gaming community tends to  prefer to not be reminded that games do at times have some unfortunate implications to them, so they tend to lash out at individuals using the term “Social Justice Warriors” as if it is a slur.   While it is the vocal minority that is saying this, they unfortunately get top comments more often than the positive commenters.

Recently a certain group of gamers compiled a list of gaming journalists to stay away from and, in response to that list, a game was made from Nonadecimal Creative called Social Justice Warriors. 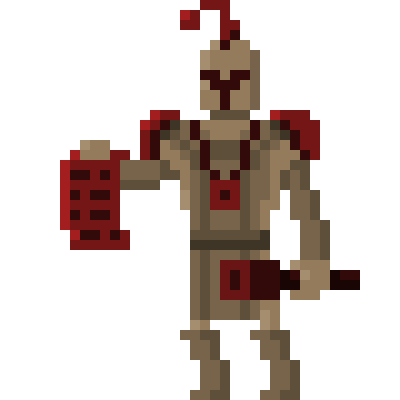 The game provides an amusing, yet extremely depressing look into the lives of some of our favorite gaming journalists. At the start of the game, you can pick your class. This will decide how you fight the misguided masses of the internet. Whether it is destroying their reputation, turning the trolls against each other, or refuting their claims with logic (which seldom works),  your Social Justice Warrior tries their best to defeat the vast ignorance of the internet’s  vocal comment sections.

The game itself is seemingly endless; when one troll goes down, another dozen trolls rise up to replace it . With every battle and blow, your sanity meter, as well as your reputation with the internet, goes down and eventually you are defeated.

Let me make that very clear: there is no way to win this game, just like there is no way to stop people from being terrible human beings when they are behind the mask of anonymity. However, this game also shows the trials and tribulations gaming journalists and others go through every day for trying to stand up for what they believe in.

All we can do is try our best to stay enlightened and unbiased as humanely possible when we comment on the internet so we won’t become the terrible trolls that the “warriors” must face every time they log into social media.